Unless you’ve been hiding under a rock for the past 48 hours you’ve probably heard the exciting royal news: Prince Harry and Meghan Markle have announced their engagement. With a wedding planned for spring 2018, we imagine the happy couple’s thoughts will be turning to honeymoon locations any time now. So with a world of options – quite literally – we thought we’d suggest some perfect destinations and luxury hotels for the fifth in line to the throne and his new wife (under her new guise as Her Royal Highness Princess Henry of Wales), to spend time in privacy after the big day.

1. Botswana under the stars

Botswana is a special place for Harry and Meghan. In their recent BBC interview the couple revealed that it was here, whilst camping under the stars, that they really got to know one another. Prince Harry has spent a lot of time in the country, with some calling it his ‘second home’. He’s a patron of Rhino Conservation Botswana, too, so we’ve no doubt that they would have an incredible time on a Botswana safari holiday.

Amongst the waterways of wildlife-rich Okavango Delta, Belmond Eagle Island Lodge is set on Xaxaba Island, making this safari location as private as it is luxurious. The plush tented rooms here would be reminiscent of the couple’s first holiday together, yet with some indulgent honeymoon extras such as a private deck and plunge pool. Plus, with a private helicopter permanently on site and at guests’ disposal, there’s plenty of opportunity to make memories seeing the captivating surrounds from the skies. 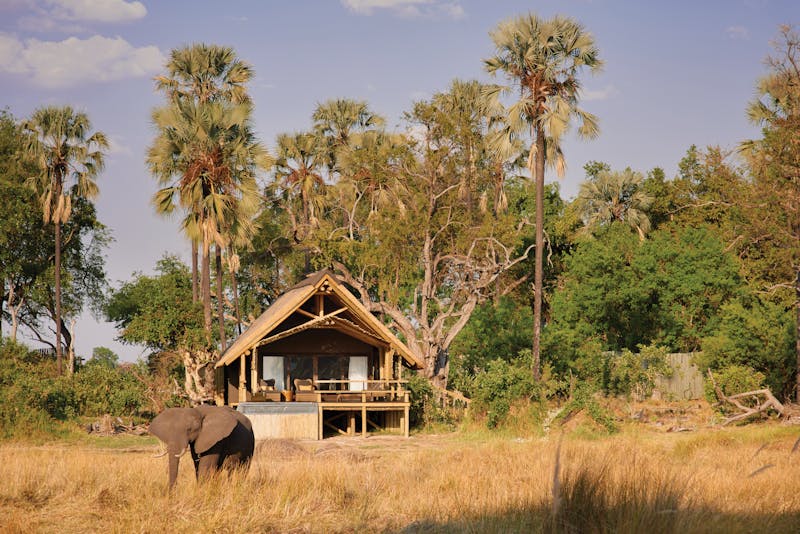 2. Private Paradise in the Indian Ocean

Prince Harry might opt for an Indian Ocean honeymoon, much like his brother William, who took Catherine to the endlessly romantic North Island in the Seychelles. It’s unlikely that the couple will want to entirely replicate the Duke and Duchess of Cambridge’s post-nuptial trip, though, so where else might they find such an idyllic private island setting?

The Maldives is also famed for its pristine, powdery sands and picturesque resorts. There are plenty of jaw-dropping island retreats to choose from, but for total seclusion it’s difficult to beat Four Seasons Private Island Maldives at Voavah. This island is exclusive-hire, meaning that, apart from the discreet, helpful, staff, Meghan and Harry will have some real alone time, with even the paparazzi unable to get close for a snap. With some seven bedrooms across the property, it’s a little large for just a couple, but that means plenty of choice as to where to sleep! Surrounded by a UNESCO-protected reserve, the active pair can enjoy snorkelling and diving whilst here too. 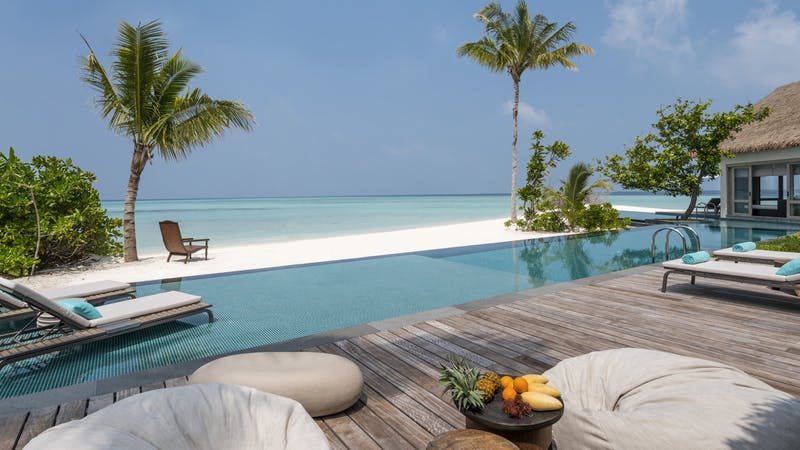 3. Fun and fond memories on Nevis

Small but perfectly formed, Nevis is a Caribbean island paradise often chosen by couples and families alike who want to combine beach bliss and a closeness to nature. Indeed, it was here that Princess Diana holidayed with her young sons in 1993; they had fun body-boarding on the waves and spending quality time together. The family stayed at Montpelier Plantation and Beach, and sitting 750 feet up in the hills this secluded resort would be perfect for a honeymoon. If the couple would like to try somewhere new to both of them though, Paradise Beach Nevis, with its handful of totally private luxury villas, would be just the ticket.

Meghan’s engagement ring was designed personally by the prince and the setting includes two diamonds from Diana’s own jewellery collection. Touchingly, the couple have said that it reminds them that Harry’s mother is “part of” their marriage celebrations. This island, with its beautiful wildlife, luxurious hotels, endless activities and happy family memories might just be ideal for their royal honeymoon.

Incidentally, St Kitts and Nevis is one of a number of Caribbean countries where the Queen is still the head of state. 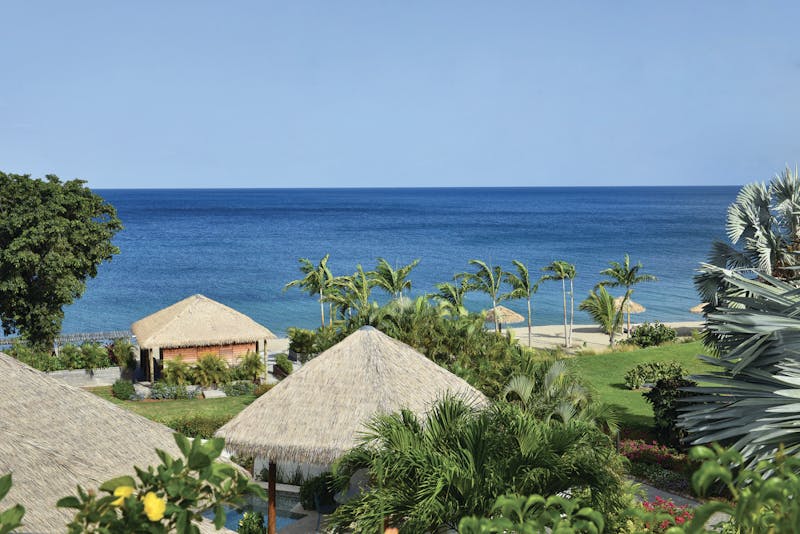 4. On home ground in California

Traditionally, weddings take place in the hometown of the bride, but when you’re marrying a prince normal rules don’t apply! So, would Meghan like to head home for their honeymoon? She was born in Los Angeles, and we can think of worse places than the California coast to spend some quality time together.

The Presidential Bungalow at the Beverley Hills Hotel would seem a fitting spot for celebrations to start. With a secluded location in the hotel’s grounds, this achingly spacious suite features a private, waterfall-edge pool. The couple might then like to move on down the coast, exploring more of the state’s natural beauty. Perhaps a stop at The Post Ranch Inn in the rugged beauty of the Big Sur would be perfect for the nature-loving newlyweds. 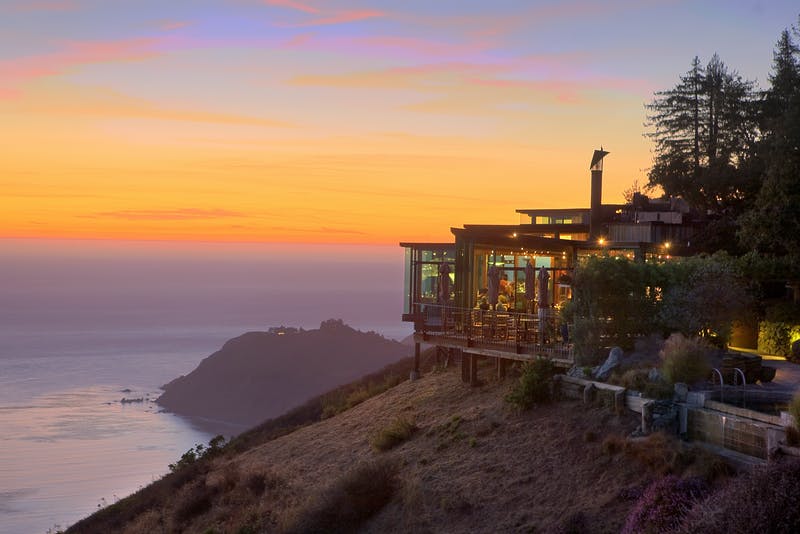 5. Cosying up in Canada

We wonder if it would be here that Markle would like to return to. Having lived in Toronto for the past several years, the actress is considered an ‘adopted Canadian’ and has many close friends in the country. Indeed, Harry and Meghan were there together for the Invictus Games earlier this year, where the prince also met his future mother-in-law.

Back in January, Harry took Meghan on a very special holiday to Norway to see the Northern Lights. If the couple wanted to recreate those romantic moments then a trip to the Canadian province of Yukon and the cosy Northern Lights Resort & Spa would be ideal.

This handful of honeymoon ideas are just the ‘top of the sandbank’ when it comes to our inspiration for the next royal honeymoon. We haven’t even mentioned The Brando, where Pippa Middleton and James Matthews spent their first married weeks or Round Hill in Jamaica, where Harry and Meghan stayed whilst attending a friend’s wedding earlier in the year.

Wherever the happy couple choose, though, we’re sure they will have a blissfully romantic time. Can you wait for the wedding? Us neither!