A Passage Through India

Our pedal rickshaw swerves off a lawless thoroughfare and into a narrow bazaar in the colourful, chaotic market of Old Delhi. Our driver toots his horn to part the tide of shoppers and we inch onward, my guide Prem and I ducking under awnings and low-hanging signs. In this direction, Prem says, is the impossibly pungent spice market, Khari Baoli, where heavy gusts of chilli powder regularly provoke mass sneezing fits; heading another way, we’d reach Paranthe Wali Gali where breadmakers can trace their lineage back centuries. Bejewelled fabrics sparkle in the yawning mouths of saree shops. Firecrackers and dental supplies are being sold from a cart pulled by an ox with horns like scimitars. Thick plaits of electrical wire hum overhead in a lattice of wild calligraphy. 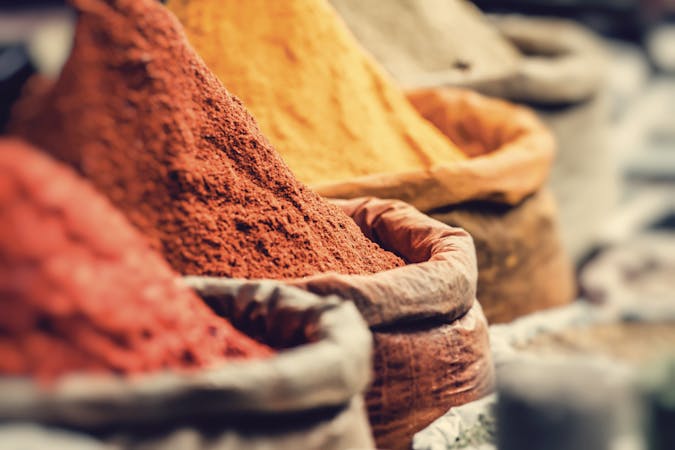 “We have the best electricians in the whole world in Delhi.” Prem insists. “You wouldn’t think it looking at the wiring, but they look at this mess and know exactly which one to cut!” Impressive as it is, I’m not here to appreciate the electrics. Peeping out from between the wires and commerce and chaos is the refined 17th-century capital of the Mughal Empire, Shahjahanabad. We pass scores of dilapidated haveli courtyard palaces tucked away in the backstreets. In places, modernity has swept history clean away leaving only legends: we cruise down Chandni Chowk (“Moonlight Square”), today the busiest wholesale market in Asia but documented by the scribes of the city’s founder, Emperor Shah Jahan, as a regal boulevard of banyan trees through which a glittering tributary of the sacred Yamuna River ran in a channel.

Elsewhere, the past has stubbornly stood its ground. We stop to appreciate the imposing facade of the Red Fort, its ramparts wrapped in midday haze, before the rickshaw deposits us at the Jama Masjid Mosque. Built by some 5,000 workers and completed in 1656, it remains one of India’s most important pilgrimage sites. We deposit our shoes outside on the steps (where a watchman winks at me and jokes “I’ll let you pick any pair when you leave!”) and pass through a gatehouse into a vast courtyard. Minarets topped by marble onion domes and cusped arches set with precious gems rise towards a sky dotted with fitting kites. To walk among the devout, my bare feet warmed by ancient red flagstones, with the urban hullabaloo of Delhi reduced a distant purr, feels divine. 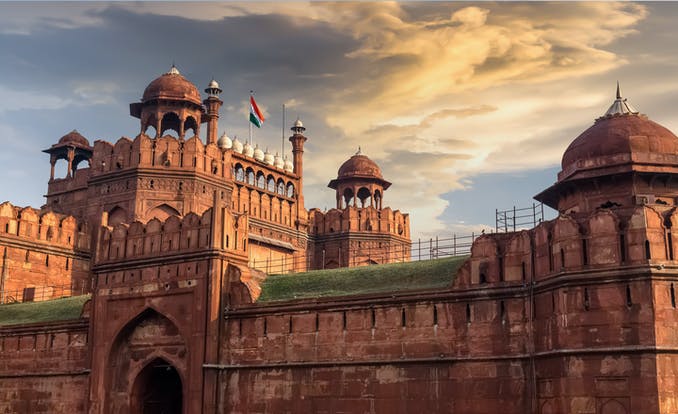 Prem and I time travel some more, jumping to southern Delhi and back to the 12th century to view the leafy World Heritage Site of Qutb Minar and then then to the staggeringly grand Colonial Quarter, seat of the British Raj from 1911 until 1947, before he helps me onto my train and we wave goodbye. The city falls away to green pastures and humble rail-side villages before the track re-enters urban sprawl. This is Agra, home to the ultimate bucket list destination, the Taj Mahal — plus two further Mughal-era gems: the spectacular Red Fort and, just an hour’s drive away, the rambling palace complex of Fatehpur Sikri.

My local guide, Nishant, is waiting on the platform to pluck me out of the heaving crowd of tourists and hustlers, and begins telling me the fantastical histories of eccentric rulers and tragic love affairs that underpin the region’s monuments. Long-dead figures are reanimated in my mind’s eye as we explore their buildings: Emperor Akbar the Great, who designed decadent pleasure quarters to house his harem of 5,000 women, and who had exotic creatures battle in his courtyards; and his grandson, Shah Jahan, whose out-of-control passion for extravagant building projects ruined his kingdom and eventually saw him deposed.

We visit his greatest legacy, the Taj Mahal, at sunrise, beating the crowds and the soaring summer heat, and watch the lustrous marble domes glow grey then pinkish and finally pearly-white with the dawn. I’m not in slightest bit jaded by the barrage of images of the Taj I’ve grown up around; to experience it first-hand, for the first time, is something entirely different. Its beauty is overwhelming. Its architectural quirks, fascinating. The love and towering grief that inspired it, heart-wrenching. Inside the mausoleum built by Shah Jahan for his favourite wife, Mumtaz Mahal, who bore him some 14 children over 19 years of marriage, visitors toss pennies that clatter onto the delicate marble mosaics. “For good luck in marriage,” Nishant explains. “There’s no love story so great as theirs.” 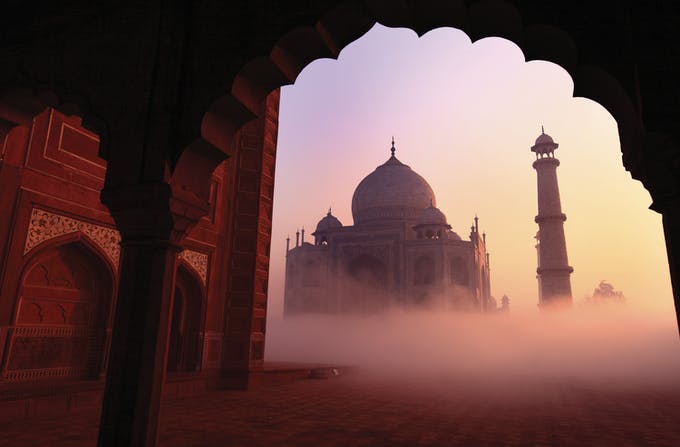 When my train screeches to a halt on the outskirts of Ranthambore National Park and I descend onto the platform the night air is deliciously fresh and the stars are as bright as diamonds. At Khem Villas I’m greeted with a daub of sandalwood paste for my third eye and a glass of fresh lemonade for my thirst. The reception is hung with images of the park’s Bengal tigers languishing on the ruins of hunting pavilions. Mandala bowls of floating blooms and lanterns light the path to my cottage, overlooking a watering hole home to marsh crocodiles. My third destination promises to be a calm, rural antidote to the colour and chaos of the cities; I’m here for a few days of safari in a legendary The Jungle Book-esque wilderness.

And it doesn’t disappoint. We spend the next day pursuing a tigress and her two cubs through the enchanting foothills of the Aravalli Range, tracking paw prints and following the warning cries of sambar deer and langur monkeys. The landscape is peppered with the vestiges of man: the crumbling crenellated walls of Ranthambore Fort snake across high ridges; the domed, lake-side chhatris are smothered by vines. Maharajahs and gun-toting colonial hunters pushed the tiger population here to the brink of extinction, but thanks to conservationists nature is back on top. Ranthambore is today home to some 60 of India’s 2,200 remaining tigers. But, for me, they remain elusive; I am happy, however, to spot scores of spotted deer, countless exotic birds, a wild cat and a rare sloth bear.

The final stop on my itinerary is Jaipur, the capital of Rajasthan. It’s time to dive back into the heady atmosphere of an Indian city. On my last night in Ranthambore, I sit out and enjoy the blazing colours of dusk. The only noises are the cries of peacocks and the wind in the trees. Finally, the sun’s plump orb dips behind the hills, like a ripe orange falling from a tree. It’s spectacularly beautiful. One hell of a show!

Inspired by Amelia’s incredible Indian experience? To start planning your own, take a look at our Maharajas Express Train – Golden Triangle and Tigers tour.

This article was originally featured in ITC Travel Group’s Other Shores magazine – you can read your own copy online here. 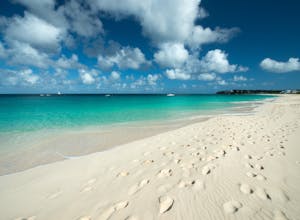 13 top beaches in the Caribbean

What makes a beach really stand out? Is it the softness of the sand, the sweeping cliff views, or its potential for complete seclusion? Maybe it’s som...
READ MORE 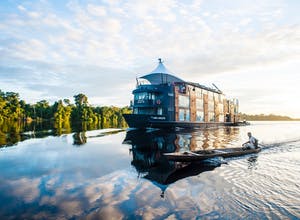 Aqua Expeditions caters to high-end adventurers who have a thirst for active exploration by providing immersive expeditions to incredible destinations...
READ MORE 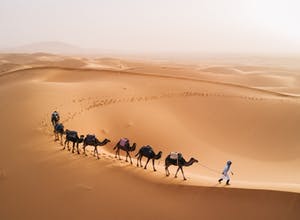 The idea of travel has become even more precious to us lately. The world - and all its colour, beauty, peace and nature - is still out there in all it...
READ MORE