A story about the creation of Concorde

My story is not one of high living as I only travelled commercially on Concorde once, however I was privileged to work on the aeroplane as a stress engineer at the end of my graduate apprenticeship with the then Bristol Aeroplane Company.

My first task was to assist with working out the stresses on the intake ramps that choked the airflow to the engines. My second was to help stress the aeroplane structure itself. The design in those days (1962) incorporated an interesting system where fuel was to be pumped around the fuselage between the inner and outer skins in order to cool the airframe. The idea was later dropped as it was felt that passengers might be concerned at flying at supersonic speeds over the Atlantic in what was, in effect, an annular fuel tank. It was also at that time that it was decided to ‘stretch’ Concorde by 12 metres as it was discovered that whilst its range was suitable for the London to New York trip it was not sufficient for the Paris to Washington route.

At the time I worked in the stress office it was situated at the back of the enormous hanger (the ‘brab shed’) in which the Brabazon had been built. Outside on the east apron there was a Comet in a huge water tank with giant rams waggling its wingtips. At the time there was only a sketchy understanding of the problems with metal fatigue around the cracks at the corners of the window openings and the stress testing was to see if there were any other ‘nasties’ that had been overlooked.

In the stress office there were 180 or so engineers, however there were a few mechanical comptometers but no other calculating machines; far less any computers. All the calculations were done on slide rules. Slides rules are great for manipulating numbers, trigonometric and logarithmic functions. However they could not assist in addition or subtraction and there was no ability to put the decimal point in the right place! Thus all calculations had to be hand verified to make sure that there were no errors of 10 or greater magnitudes.

I have a vivid memory of the explosion that destroyed the ‘V’ bomber that was on the apron to the west of the ‘brab shed’. The bomber was mounted with one of Concorde’s Olympus engines and it was run up and down to check reliability. The explosion turned the aircraft into  a spectacular firework display of molten magnesium. Luckily no one was hurt in the explosion and subsequent extensive fire (which also claimed three fire engines that got caught in the blaze that they had come to extinguish). The engine turbine disc that caused the problem in the first place was later found two kilometres away having cut through fences, walls and trees!

In stressing Concorde we operated in a very conservative way which meant that the aeroplane was very over designed and thus heavy. Reasons for this included a phenomenon called ‘buzz’ that was feared could cause substantial vibration as the plane transited from subsonic to supersonic flight. That, and the Comet disasters, made everybody concerned make sure that Concorde was as well built as possible. The build quality became apparent at the Paris Air Show in 1973 where the Russian ‘rip-off’ of Concorde, the TU144 (christened in the West ‘Concordski’), crashed after attempting as fairly simple manoeuvre that Concorde has performed the day before.

In retrospect it is interesting to note that had the computers, the materials and the engineering knowledge of today been available to us in the 1960’s, Concorde would have been far lighter and thus more fuel efficient and less environmentally damaging - and thus would probably still be flying today. However, even with our primitive tools, we managed to design and build a beautiful, reliable aeroplane with unique characteristics that remained in service for over 25 years.

This trip down memory lane has allowed me the luxury of thinking about some interesting and enjoyable times that I have not thought about for many years, thanks ITC. 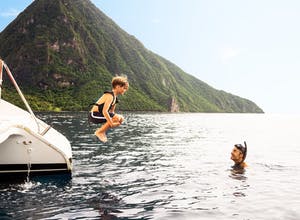 Check with your Travel Specialist before booking for the latest Covid-19 updates, guidelines and restrictions for each destination, and to check whic...
READ MORE 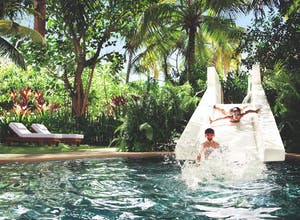 Lots of us are looking forward to big family holidays now. The kind full of fun, photo opportunities, memories and plenty of laughs. Over the years we...
READ MORE 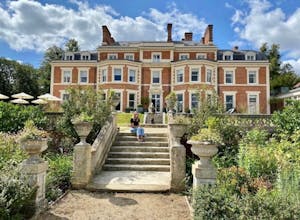 It’s the era of the staycation! Inspiring Travel Company Product Manager Gabrielle Cowley headed to Hampshire for a luxury stay at the beautiful Heckf...
READ MORE