When the lovely Miranda Hart was looking for inspiration for her post-Annie holiday, it was a September sojourn to the Danai Beach Resort & Villas which took her fancy.

We asked the Queen of Comedy for all the details on her stay at the luxury resort, and ultimately, what did she think of Danai Beach Resort? “Absolutely FABILOSIBISIBOS”!...

1. What inspired you to choose Danai Beach Resort as your holiday destination?

You did! Inspired by your inspiring website, I searched for Greece and up the Danai came as a great looking option. I liked the fact that it was on the mainland so that we could have a short transfer, because I didn’t want too long a journey (I love being away - I hate the actual travel bit!). But obviously the Greek Islands are also a major lure - next year! And joyfully, the pictures that you always fear on a website are never going to match up with reality, were exactly how it was: clean, clear, crisp, sunny Greece.

2. With such a busy lifestyle, do you purposefully choose somewhere that promotes itself as ‘peaceful’?

Yes, holidays haven’t been charged with the notion of going out or partying for many years! It’s all about the change in pace from city work life to something soothing and peaceful. I don’t even want to hear any dance beats from a bar! 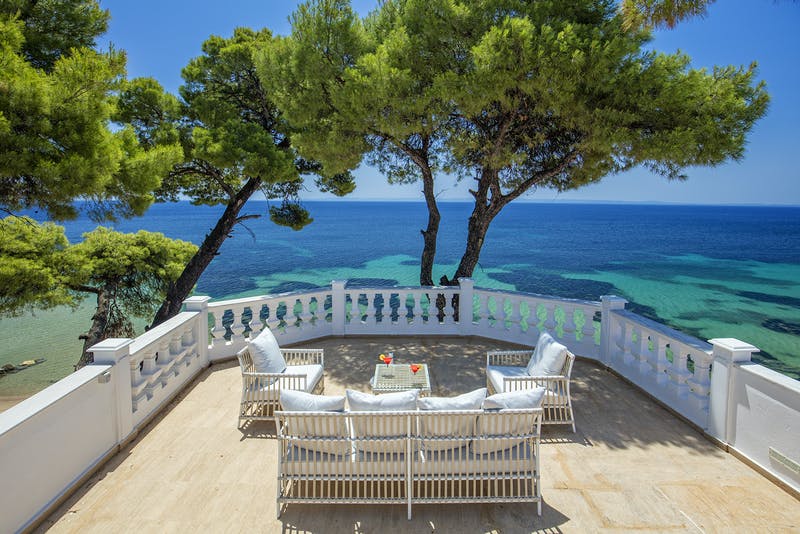 3. Do you bring Peggy (Miranda’s pet dog) with you on your travels and did she come along this time?

In my ten years of having Peggy I have yet to get her a passport. I know – call the RSPCA, this dog has been denied travel! I have never really thought about taking my dog away, because I hate the thought of her in a hold on a plane (too upsetting), but perhaps if I drove to the South of France or something then she could come. How do you get a dog passport?!

4. We hear the Danai has some of the best beaches in Greece! Did you go for a dip in the sea as soon as you arrived?

I have only been to Greece once before, about 20 years ago, so I can’t say if the Danai has the best beaches there - but I take your word for it! The sea was amazing to swim in, perfect temperature. I like to bob about in a kind of floating position – heaven.

5. What was the weather like when you travelled in September?

Well, this is a bit of a sore point because we did actually get about four days of cloud and it got a bit chilly, but I think we were just unlucky. Greece got a moment of low pressure at that time of year that it doesn’t usually. But we still went down to the beach every day, and I still swam in the sea, as the joy of going later in the season is the sea has been warmed all summer. 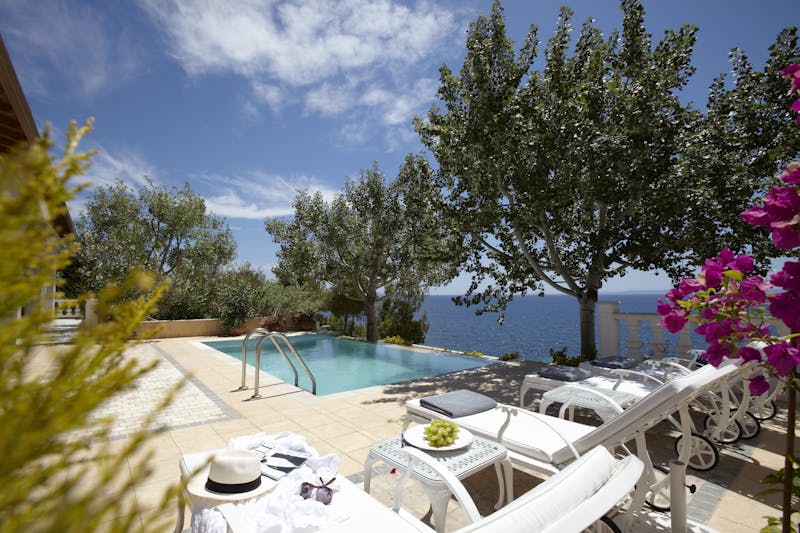 6. Did you try out any of the spa treatments?

I didn’t this time actually, I just wanted to be outside in nature. Even on the cloudier days I only took a quick respite in the sauna there.

7. Did you try out any of the sports facilities such as the tennis courts?

The friend I was with plays tennis and we were determined to play, but initially it was too hot, and then we were in such relaxed mode that the thought of putting on trainers was just all wrong, so we stuck to gentle sea bobbing (I think I may consider pushing for that to be an Olympic sport – it’s a skill you know!). But it’s fantastic to have a resort with a court. You don’t often get them at hotels, and I do love me some tennis!

8. We love that the main restaurant is called The Squirrel(!); did you get a chance to sample the Greek delicacies?

Eating is always a high priority on holiday, and the restaurant looks right over the beach so we did a lot of eating on the beach, but mainly from the day bar menu, and then it was room service all the way for the evening. Lazy and indulgent you might say? Well, yes, it’s my holiday and why not! Oh, and one word re: the food – HALLOUMI. SO good. 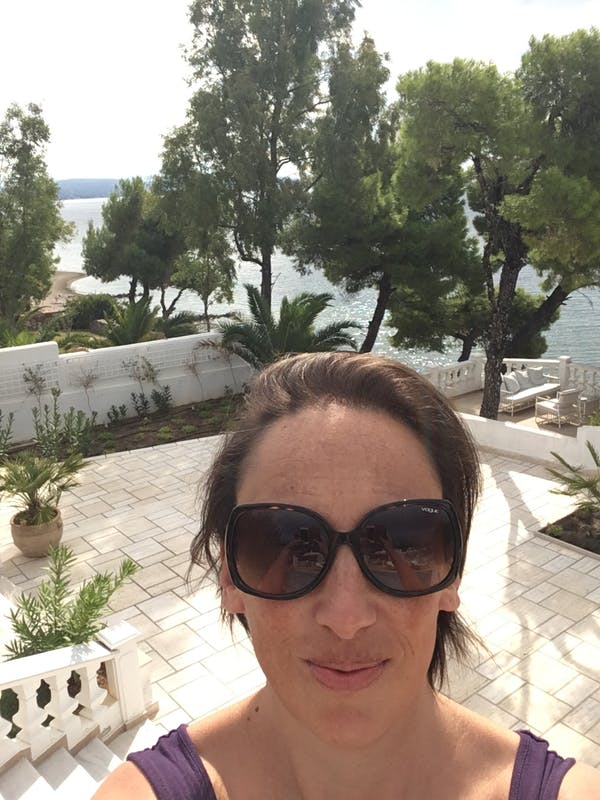 9. Apparently there are over 1,700 wines in the Danai’s medieval cellar; how many of these did you manage to get through?!

One glass of wine and I am anyone’s - so not many! But the Greek wine was much better than I had expected.

10. After your time away, are you feeling relaxed?

I actually went on your website on my first morning back, looking at the lovely Danai and wishing I was back there. The first day back from holiday is always hard, especially when it was such a good one. The key is to make sure the benefits last and don’t suddenly go back into fast paced living, undoing all the relaxation.

11. And finally, which destination is next on your bucket list?

I am still too in love with Greece to say anywhere else at the moment! No doubt you will inspire me when I next think about a holiday.

Feel inspired by Miranda Hart’s review? Take a closer look at the Danai Beach Resort & Villas, where you can also watch a video of this coastal retreat. Our Inspiring Travel Specialists would be delighted to create a bespoke quote for you to this luxury hotel when you call 01244 355 536.