Sri Lanka was named the top holiday destination for 2019, and for good reason. Kumari Tilakawardane explored this utterly wonderful isle and its many charms…

The word ‘paradise’ is bandied about a lot in the travel industry, but it’s hard to think of anywhere that deserves the accolade more than Sri Lanka. Countless historic texts refer to Paradise as being a verdant island somewhere just off India, and while it fits those criteria exactly, there are umpteen more reasons the ‘Pearl of the Indian Ocean’ really is heaven on earth.

Perhaps you’ll be drawn to the beaches. This is an island after all, and it’s fringed by untouched swathes of golden sand perfect for sinking your toes into, and lapped by waves that are havens for watersports enthusiasts and marine animals alike. Dolphins and whales are often to be spotted pirouetting just offshore, and this is one of the premier places for turtle hatcheries anywhere in the world. If it’s water you’re after, you’ll find it by the bucketload here in this veritable wonderland, home to 103 rivers, cascading falls and an incredible amount of fish, amphibians and reptiles who swim through them. 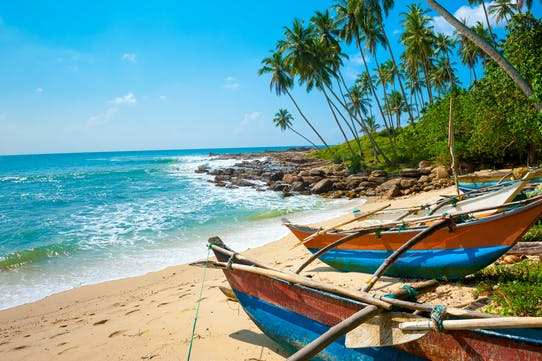 And speaking of natural wonders… how about rainforest filled with the sounds of wildlife, impossibly scenic hills carpeted in green and crisscrossed by waterfalls, vast National Parks home to elephants and leopards, reservoirs so large they resemble whole seas, and a 200m lion-shaped rock that once housed an ancient royal city?

This rock, Sigiriya, is one of the biggest attractions in Sri Lanka (both physically and metaphorically). In terms of views, the way the peak rises from the dense jungle that surrounds it is one of the most dramatic sights you’re likely to see most anywhere – with extra drama added if you’re lucky enough to be surveying it on a mist-shrouded morning. Climbing to the summit is challenging, but with each upwards step you’ll be rewarded with beautiful frescoes and spectacular views out over impressive moats, ancient shrines and intricate water gardens. 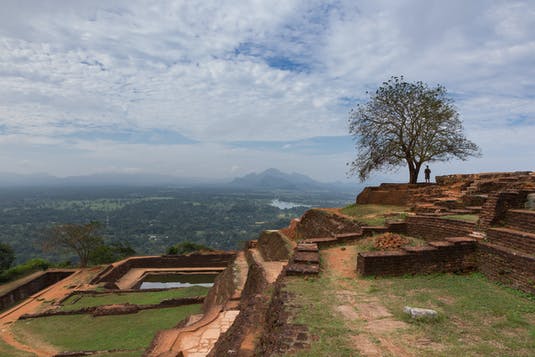 If it’s history you’re keen on, you’ll find literally millennia of it here. Lore says that Adam (of the apple and Eve) left his footprint on Sri Pada mountain here, though others hypothesise that it might have been the Buddha. Sri Lanka’s original inhabitants, the Veddah, are believed to have been on the island since 32,000 BC. Head to the colossal ancient city of Anuradhapura, draped with prayer flags and dotted with candles, where the Jaya Sri Maha Bodhi stands – the world’s oldest known human-planted tree, cut from the tree under which Lord Buddha gained Enlightenment. Then of course there’s plenty of more modern history, from colonial elements left behind by the Portuguese, Dutch and British, and plenty of Sri Lankan history shaped by the island’s fight for independence (which was achieved in 1948).

Sri Lanka’s history and culture are entirely unique, and make for an incredibly diverse stay. It’s the little island that could, really – such a small place absolutely loaded with adventure. Indeed, there’s much for this tiny isle to be proud of – particular highlights include electing the world’s first female Prime Minister (Sirimavo Bandaranaike in 1960), winning the Cricket World Cup in 1996, and holding Guinness World Records for putting the most t-shirts on in an hour and smashing the most concrete blocks with the head. 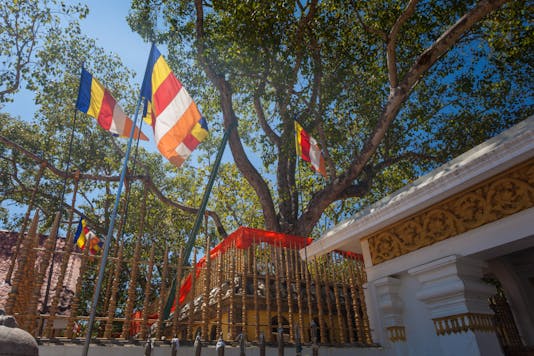 The island’s cuisine is also unique. When people find out about Sri Lankan food, the first question they ask is invariably “is it like Indian food?” The easiest answer is “sort of… and also absolutely not…”. Sri Lankan food reflects the country’s diverse history and demographics – Sinhalese, Tamils, Moors, Malays and Burghers make up the population here – and incorporates local ingredients along with plenty of Dutch and Portuguese influences. It’s also thoroughly delicious, with lots of rich coconut and warming spices.

You’ll find familiar staples of curry and rice, yes – but not as you’ve experienced them – and an array of other treasures that once tasted are never forgotten. Crispy hoppers with a saffron-yellow yolk nestled at the bottom for dipping crispy shards in. Soft and sour jackfruit, simmered in a sauce of tamarind and coconut until it melts in the mouth. Sticky rice bathed in coconut milk and served in thick wedges. Kottu, made by chopping roti, vegetables, eggs, spices and meat into a super stir-fry – find a street food stall making this and listen to the addictively rhythmic sound. 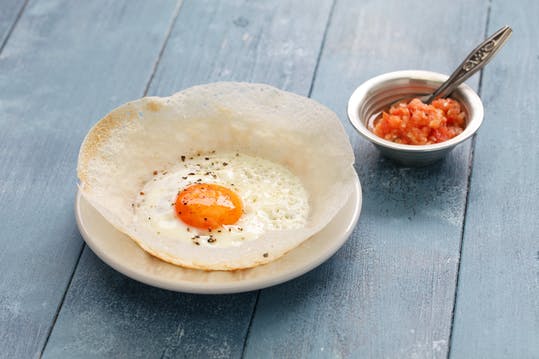 It really is all about the senses here. The city soundtrack of chatter and tuk-tuk beeps, the waves on Galle’s shore, the crisp silence of the Tea Country. The intoxicating scents of spice and tea and exotic flowers. The feeling of sand between your toes, the sun on your neck, running batik cloth through your fingers. Tastes of rich coconut, spices that tingle your tongue, the sweet and earthy and bitter notes of tea. The amber arc of the sun setting into the sea, curries the colour of vermilion, shades of azure and turquoise sparkling in the sea.
The unofficial sixth sense in Sri Lanka is cricket. The tiny island bats far above its average on the world stage, and you’ll be hard pressed to find many locals uninterested in the sport. Turn a corner and you’ll find youngsters practising bowling at stacks of boxes or stumps chalked on walls, while there can be no more popular pitch than a stretch of sand at sunset.

And what of the island’s inhabitants? Ask virtually anyone who’s been to the island what the best part of a Sri Lankan holiday is, and I’d wager almost anything they’ll say “the people”. You’ll find no shortage of helpful locals, friendly smiles and helping hands here – in fact, Sri Lanka is ranked the tenth most generous country in the world on the CAF World Giving Index. Whether it’s a curious tuk-tuk driver, a hotel concierge who goes above and beyond, or simply a friendly local greeting you with the nation’s signature head wobble, Sri Lankans are simply some of the friendliest people you’ll meet. 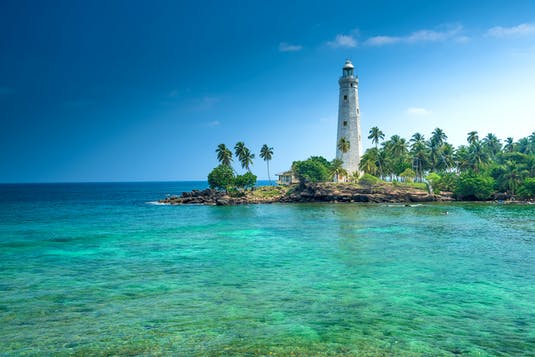 As Sri Lanka regains its smile and retakes its place as one of the world’s most desirable holiday destinations, there’s simply no better time to visit – and you should go soon, before the rest of the world discovers paradise too.

Our portfolio contains a selection of world-class hotels and inspiring tours around Sri Lanka. To get the best out of your holiday, get in touch with one of our Travel Specialists for a personalised itinerary tailored for you.

This article was featured in the Autumn/Winter 19 Other Shores magazine. Read more online, or order your own copy here. 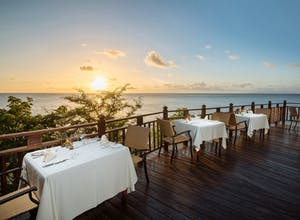 Whether you’re looking for breathtaking views, romantic ambience or a laid-back vibe, a luxury holiday to St Lucia is guaranteed to have a dining venu...
READ MORE 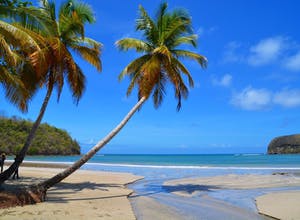 Best Things to do in Grenada 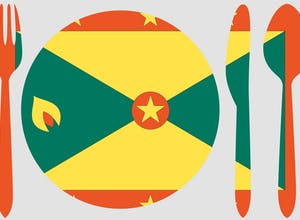 Top Food and Drink of Grenada

The smell of nutmeg wafts through the air as you idle along pristine, white sand beaches that blend into crystal blue waters. On a luxury holiday to G...
READ MORE