The Masai Mara is perhaps the most enduring image of Kenya, the setting for Great Migration and home to the country’s most diverse species of wildlife. Masai Mara holidays will take you to the southwest of Kenya, where the land adjacent to the Mara River is dappled with acacia trees – accurately described by the word ‘mara’, which means spotted in the Maasai language.

For centuries the land of the Masai Mara has been inhabited and farmed by the Maasai people, whose pastoral lifestyle retains the traditions of years past in the face of modern development. On your Masai Mara holiday you could learn more about the Maasai way of life with guided village walks and interaction with the intensely proud and welcoming tribes.

The Masai Mara can be reached via a short domestic flight to one of the region’s seven airstrips, served by the capital and the coast. A flight over the spectacular landscape offers the perfect bird’s-eye view of the varied topography, while driving affords the chance to spot animals and take in the views of the Great Rift Valley from high escarpments.

Wildlife of the Masai Mara

From July to October the Masai Mara plays host to the annual Great Migration – an ideal time to visit. Over a million wildebeest and zebra thunder across savannah, rivers and scrubland, braving big cats and crocodiles to reach fresh grazing. During the migration the chance of spotting animals is incredibly high. Expect to see huge numbers of migrating animals, including lions, cheetahs, leopards and hyenas. Explore the riverine forest that surrounds the Mara River to see elephant and giraffe, and keep your binoculars trained on the trees to watch out for the more than 500 species of bird, including 53 different types of bird of prey. 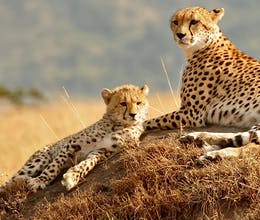 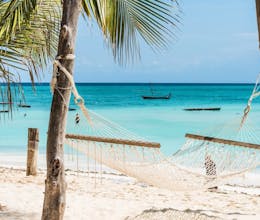