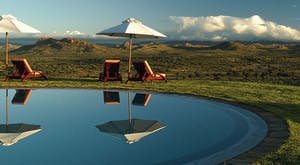 Gocheganas is a luxury lodge situated on a 6,000-hectare reserve with 15 spacious, elegant suites and one family suite. All rooms have four-poster beds with mosquito nets, air-conditioning, en suite bathrooms and some have outdoor showers. Each has a private deck with spectacular views over the plains. The emphasis here for your holiday in Namibia is on relaxation and wellness and the lodge boast... 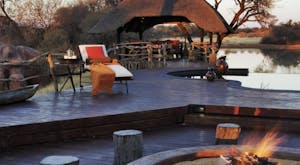 Okonjima is situated on its own private 200-square kilometre reserve, and has a variety of different accommodation options to suit all travellers. The plains camp has 14 standard rooms and 10 view rooms, each with their own private veranda, two double beds, en suite bathrooms and the usual amenities you’d expect from a safari lodge. The highlight at Okonjima is the incredible conservation work t... 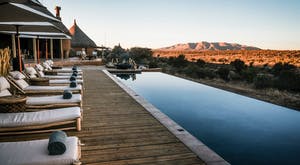 There is so much to love about the Zannier Hotels Omaanda safari lodge, though even before considering the beauty of this boutique bolthole here in the Namibian savannah, one of the most impressive things about Zannier Hotels Omaanda is its commitment to conservation. The lodge contributes directly to the protection of species (as well as research) in the Zannier Reserve, and supports the nearby S... 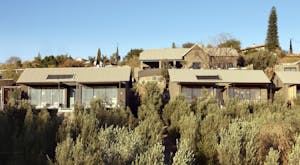 This intimate and luxurious boutique hotel has just seven suites, each individually decorated to reflect a different region in Namibia. Each suit has its own lounge with fireplace, dining room and wide glass doors opening up onto a large private deck. Each room has a spacious extra-length bed, en suite bathroom with freestanding bath, air-conditioning, computer and complimentary Wifi. The hotel’s... 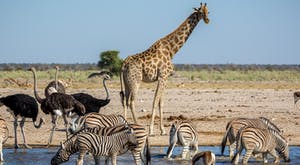