All of our holidays are tailor-made to your requirements by an expert Travel Specialist.
Enquire Now
Home Luxury Holidays Africa São Tomé And Príncipe São Tomé

The larger of the two islands that make up São Tomé and Príncipe is also called São Tomé, as is its small capital and the international airport that serves the two islands – you’re unlikely to forget where you are on São Tomé holidays.

Blessed with exotic good looks, the island is replete with natural beauty spots including volcanic craters and beautiful lagoons that lap onto icing sugar-soft white beaches. The island is popular with hikers who come to trek the trails of its interior, still cleared by machete-wielding guides.

As well as its stunning landscapes, the island is covered with historic landmarks of its Portuguese industrial heritage. After the islands’ discovery in 1471 Portuguese settlers traded slaves from Mozambique and Cape Verde via São Tomé, which was used as a ‘holding centre’ before the slaves were shipped to the Americas. I

n the early 1800s slaves were then forced to work on the island, in coffee and cacao plantations known locally as roças.

Due to its rich, volcanic soil São Tomé became the largest producer of cocoa prior to its economic decline, though many of its grand plantation houses remain. Some of the former plantation homes have been converted into upscale boutique hotels, though many have fallen to ruin and are being slowly engulfed by the encroaching jungle. Visiting some of the finer roças is a worthwhile excursion, exploring behind the fortress-like walls where near-derelict hospitals remain. Estate tours offer an insight into the fascinating history of chocolate production, and you can taste the prized organic chocolate on the island.

If you’re feeling inspired by our range of holidays to São Tomé then call our Travel Specialists for Africa now for more information or to book. 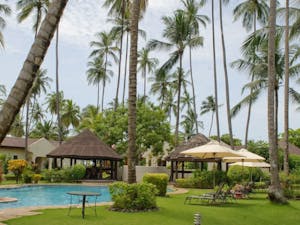 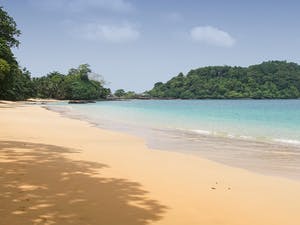