Selati Camp at Sabi Sabi Private Game Reserve is situated within the Sabi Sand Game Reserve in the South-Western section of the Kruger National Park.

The rich biodiversity of this region make this a wildlife hotspot, and the highly-trained trackers and rangers at Sabi Sabi ensure guests have the best chance of seeing the magnificent ‘big 5’.

There is a story that almost a century ago a train stopped at Newington Siding, just a stones throw from the site of Selati Camp, the driver looked out into the darkness for passengers waiting for his train. He did not see the travellers hiding in the nearby trees, from a pride of lions and continued on! Eventually, the railway management placed permanent ladders against the trees for the convenience of passengers threatened by prowling predators! The old rail bed can still be seen in the northeastern section of Sabi Sabi and the connection to the railroad is celebrate in the memorabilia incorporated into the design of Selati Camp.

Today the eight thatched suites at Selati Camp, where the theme is Yesterday offer an intimate safari experience in a traditional ‘out of Africa’ style. The central areas are intimate and at night romantically lit by oil lamps and lanterns while world-class cuisine can be enjoyed on the decks built along the riverbed, in the Farmhouse Kitchen or the open-air Boma. Lazy afternoons can be spent by the pool or enjoying the Spa at either Bush or Earth Lodge. 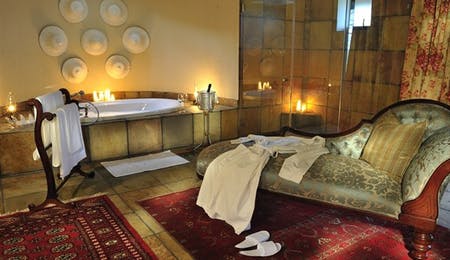 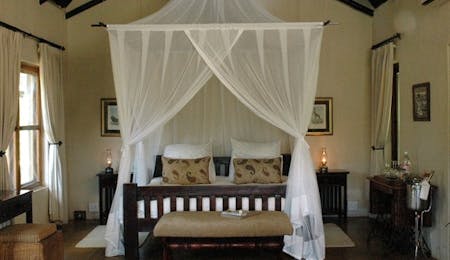 Beautiful and romantic with a king-size bed, draped with soft mosquito netting antique furniture pieces and richly textured drapes. An en-suite bathroom with indoor and outdoor baths and showers is a place for relaxing and pampering after an exhilarating safari.
Standard Suite 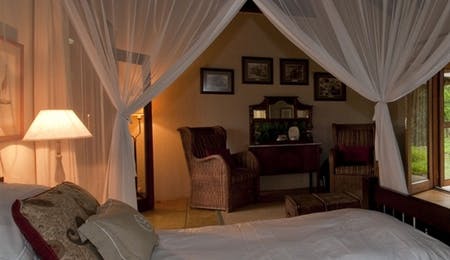 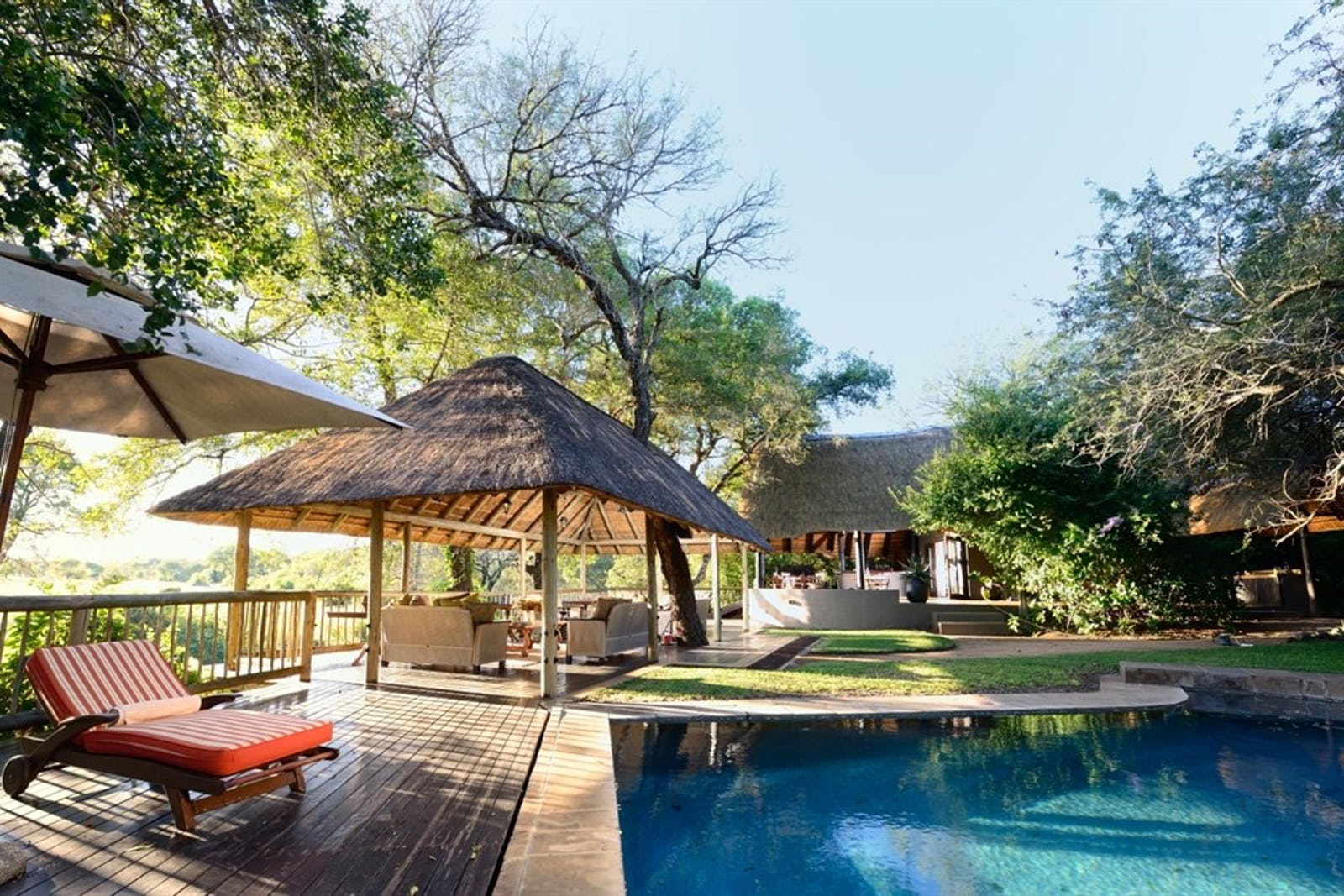 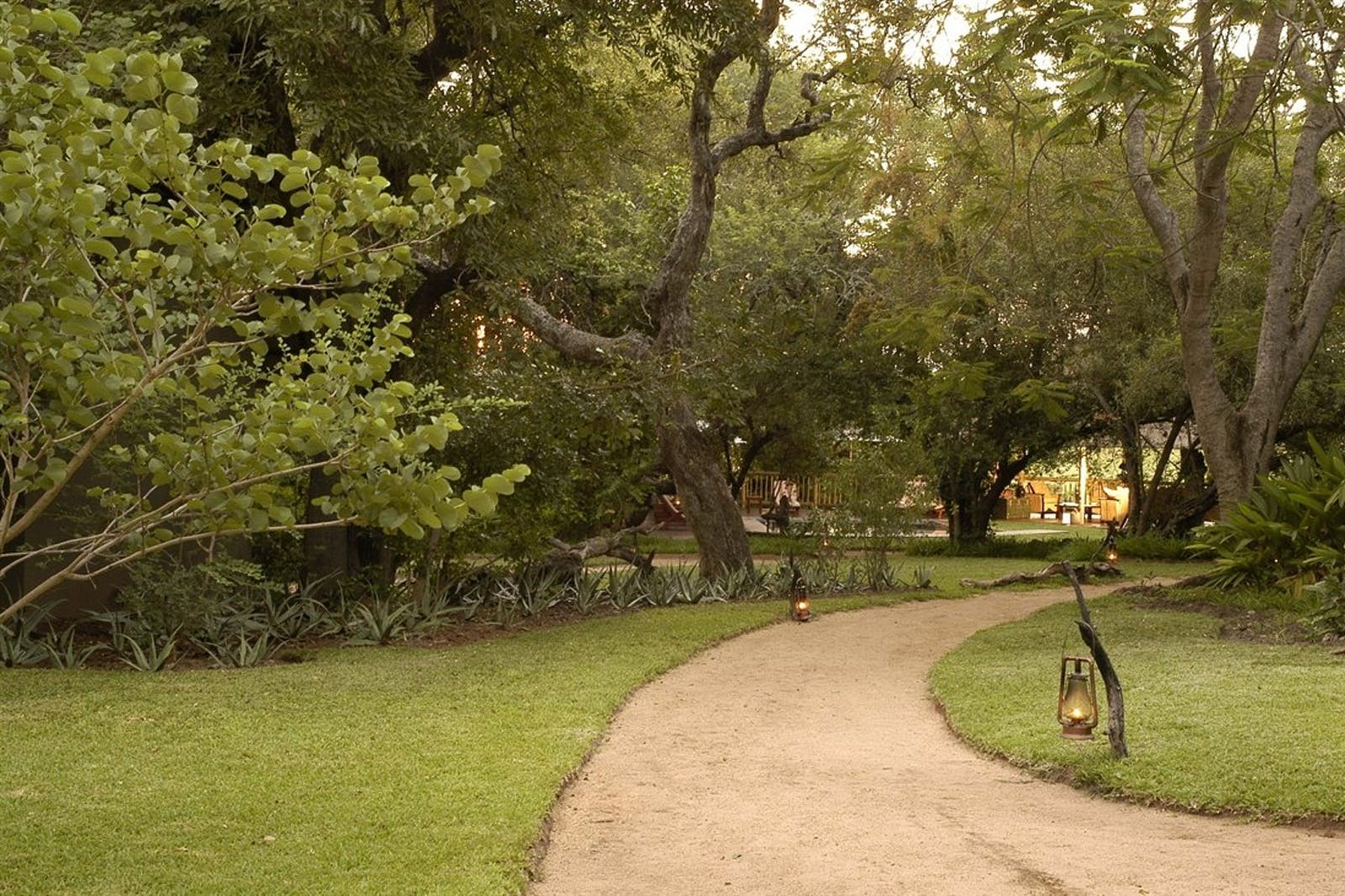 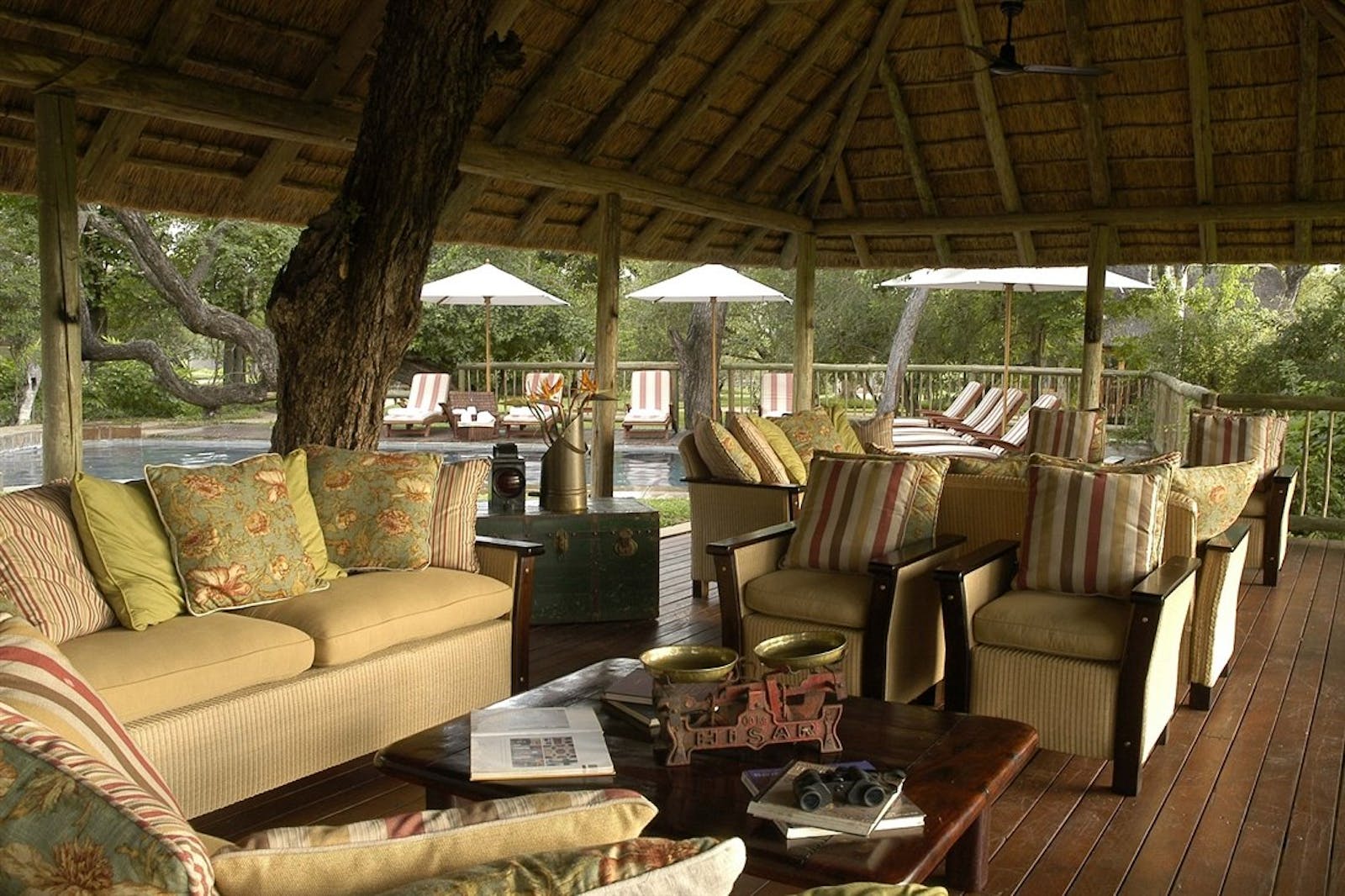 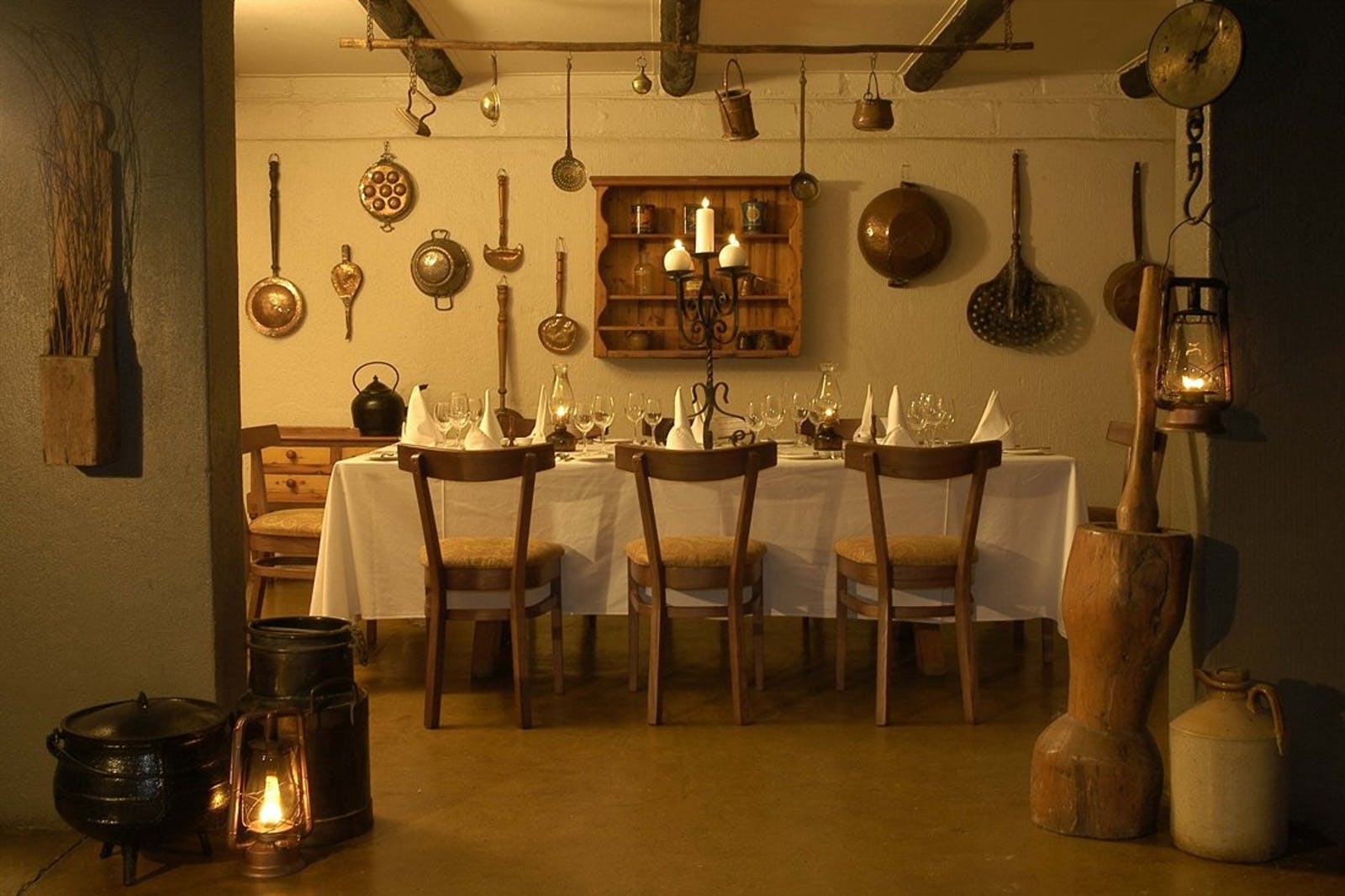 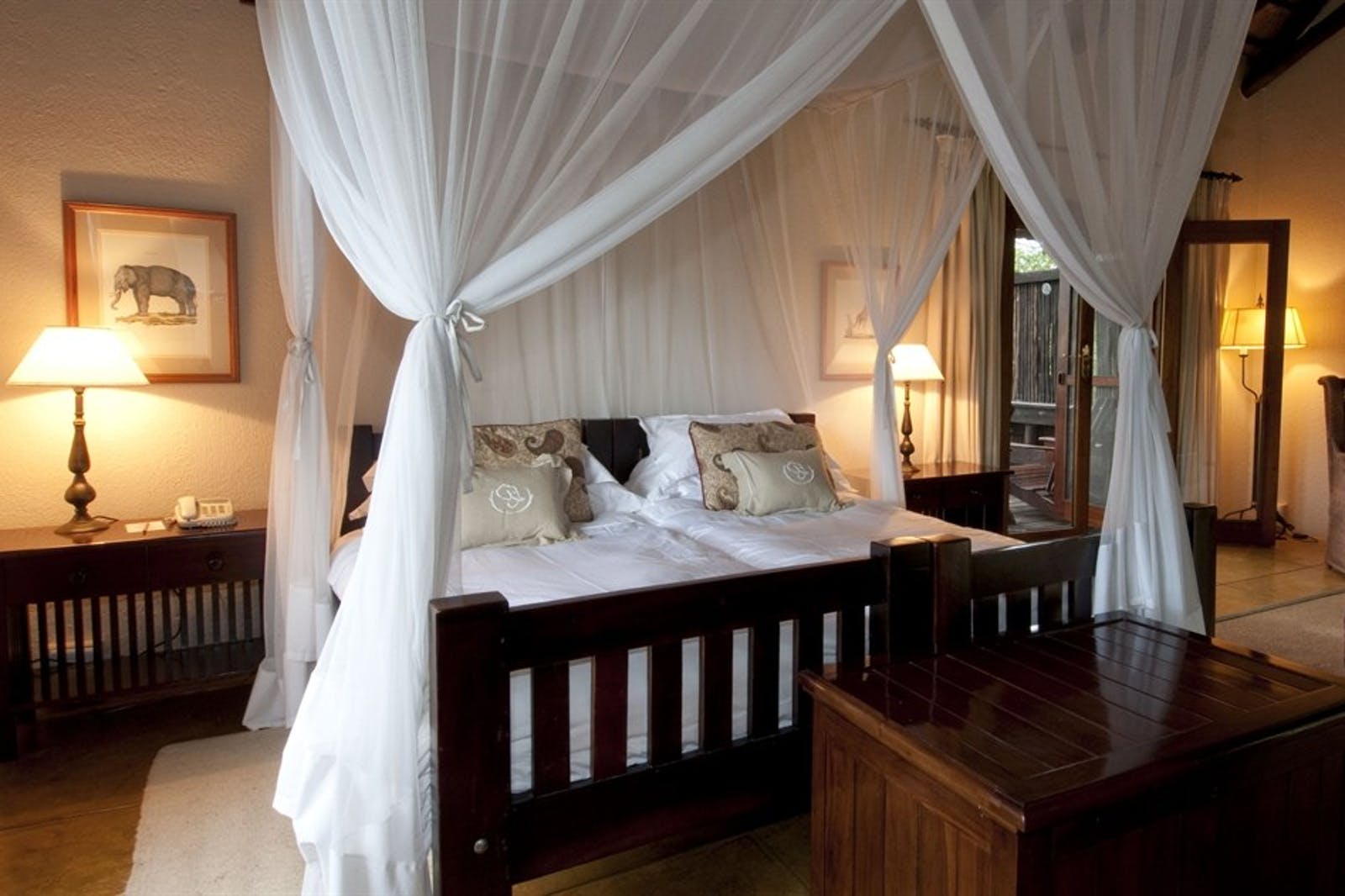 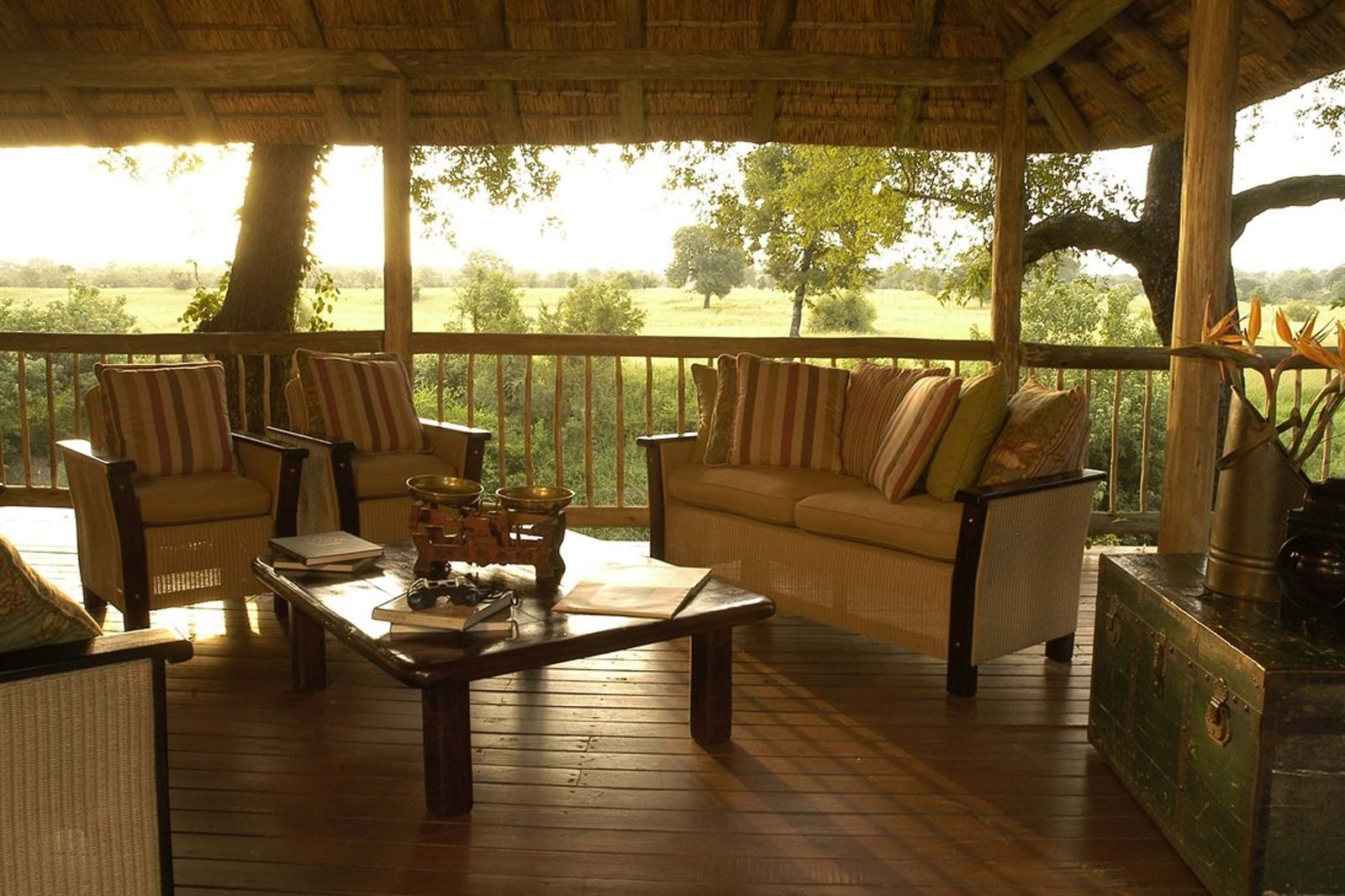 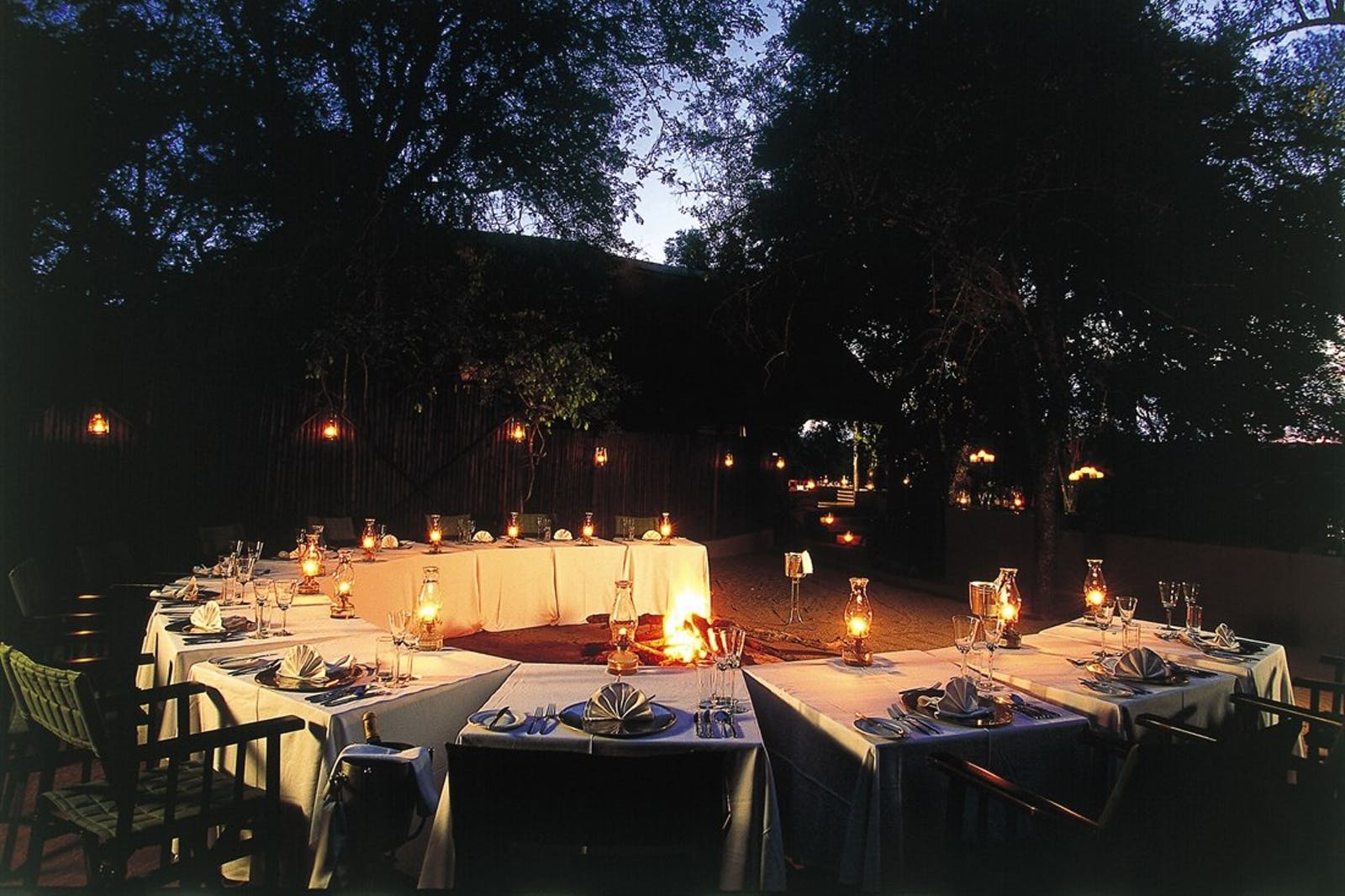