Top of the list for many discerning travellers is a luxurious safari experience; the perfect marriage of two extremes of lifestyle – nature in the raw including the ‘Big Five’ and some of the most luxurious lodge-style accommodation, finest cuisine and most attentive personal services in the world.

What to do and when to go on Safari

Days on safari are long, varied and full. The un-holiday-like pre-dawn early starts are well worth getting out of bed for, because you’ll see animals about their daily routines before the heat of the day calls them to the shade. During that same heat you can rejuvenate with a spa treatment, laze by the pool, relax in the privacy of your fabulous suite or, if you’re feeling energetic, perhaps take to the bush on a walking safari. Having eaten your fill of a fabulous breakfast, lunch and afternoon tea it’s time to head out on a late afternoon game drive for more awe-inspiring sights and sounds.

Stopping for sundowners is a traditional highlight of game drives but one that never ceases to delight, the sounds of the bush seemingly amplified as the last vestiges of the sun’s warmth and light are finally lost below the horizon. As you drive on in darkness lit by moon and starlight there are still animals to be seen, spotted by the sharp eyes of your ranger or tracker. Finally the glow of your lodge’s lights welcomes you to a fine bush dinner, over which the day’s sightings are discussed, before you retire for the night, in eager anticipation of that next wake-up call.

Safaris can be enjoyed year round and favoured times vary slightly from country to country but the dry season, in South Africa, May to August, is often best because the bush is less dense and animals are more likely to utilise watering-holes, making memorable sightings much easier and more frequent. You could choose to incorporate a safari into a longer itinerary - or you could combine a few days in the bush with the white sand beaches of Mozambique or Mauritius. 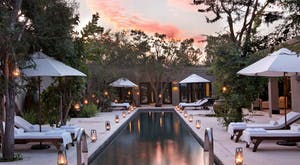 Easy to reach from Johannesburg yet almost impossible to leave, Royal Malewane is bush chic defined. Resplendent in its crisp, white linens and celebrated for John Jackson's unforgettable gourmet cuisine, this private lodge is in the game-rich territory adjacent to the Kruger National Park. Ensconced in one of its 6 Luxury Suites with fireplace, indoor-outdoor bathroom, viewing deck, gazebo and pl... 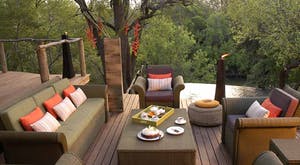 Nestled in the heart of the Malaria-free Madikwe Game Reserve in South Africa, on the banks of the Marico River, Morukuru is a beautifully appointed intimate bush villa, suited to small groups of friends and families looking for an exclusive-use bush retreat.  Booked on an exclusive-use basis, an exceptional team of dedicated staff will take care of your every need, and are there for your excl... 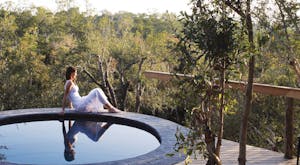 This outstanding reserve is at once luxurious, yet sympathetically, and ethically, in tune with its surrounds. Londolozi is the Zulu word for protect and means “protector of all living things”; and that is certainly what the reserve tries to achieve in every element of its makeup with wildlife rehabilitation and community involvement being high on the agenda of priorities. As well as this c... 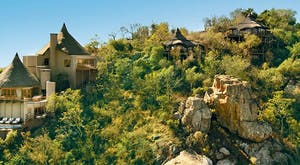 It doesn't matter whether you're celebrating a milestone birthday with family and friends or escaping city life with your partner; Ulusaba, Sir Richard Branson's Private Game Reserve, is the perfect place for the safari experience of a lifetime. Located deep in the bush in the Sabi Sand Reserve in South Africa, feel the adrenaline rush whilst anticipating the big 5 on game drives. During the d... 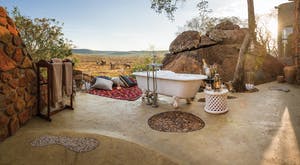 Sister property to Leopard Hills, this luxurious game lodge is set overlooking the endless bushveld of Madikwe Game Reserve. All 11 suites are dotted around huge natural boulders with amazing views of the 75,000 hectares of untamed Africa, over which Madikwe Hills has traversing rights. Each glass-fronted suite has been designed with comfort and relaxation in mind and comes complete with its own v... 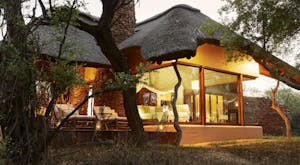 Combining glorious game drives with luxurious facilities, this contemporary lodge lies within one of South Africa’s most expansive, malaria-free game reserves. Oozing exclusivity, Sanctuary Makanyane accommodates just 16 guests in an impressive 1800 hectares of privately owned ground, ensuring that your safari adventure is as bespoke as it is unforgettable. Home to the ‘Big Five’ – lion, leopard,... 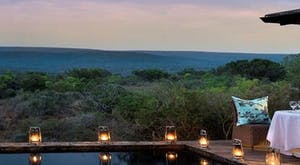 Set in 20,000 hectares of malaria-free and untamed bush, Kwandwe Private Game Reserve is a luxurious base from which to see some of Africa’s most impressive big game. There are twice-daily game drives and optional extra activities include including a nocturnal wildlife adventure. , guided bush walks and specialist safari. Accommodation is either in the adults-only Kwandwe Great Fish River Lodge (a... 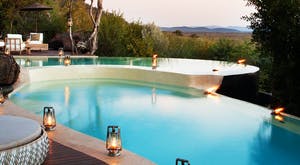 Meaning “to dream” in Setswana, the impressive Molori Safari Lodge sits in a privileged position deep within the Madikwe Game Reserve in north-western South Africa. Here you’ll find a host of indulgent features in just five unique suites, where the outdoor and indoor spaces flow continuously creating a feeling of oneness with the majestic natural surrounds. Suites feature an outdoor deck, private ... 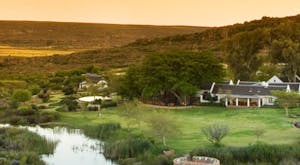 You’ll be enchanted by this Relais & Châteaux property, which offers discerning guests the magical combination of luxury, relaxation and exploration. The award-winning retreat is set within the foothills of the Cederberg Mountains, a wilderness experience yet with qualities to make it an elegant place to enjoy a superb holiday too. Located inside the UNESCO World Heritage Site of the Cape Floral K... 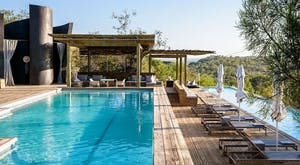 Singita has five superlative lodges to choose from in South Africa, all very different in style. Within Sabi Sand are Singita Castleton, Singita Ebony Lodge and Singita Boulders Lodge, while in the nearby Kruger National Park is Singita Lembombo Lodge and Singita Sweni Lodge. Singita Ebony is the original "super-lodge", the more authentic and rustic in style, and to this day it remains one of the ...