The Waterberg is a mountainous massif located in the Limpopo Province about 2.5 - 3 hours drive north of Johannesburg. The landscape is dramatic with a savanna of rolling grasslands, forests and the dramatic Waterberg Mountain Range. The grasslands are home to native game that include impala, kudu and blue wildebeest, other indigenous mammals include warthog, white rhino and giraffe.

Madikwe Game Reserve is South Africa's fifth largest game reserve and is located in the North West Province bordering with Botswana. This lesser known reserve offers Big Five game viewing and luxurious game lodges and is most importantly known for it's population of highly endangered African Wild Dog. Madikwe is about a 5 hour drive or short flight from Johannesburg.

Both the Limpopo and North West Provinces offer malaria-free safaris. 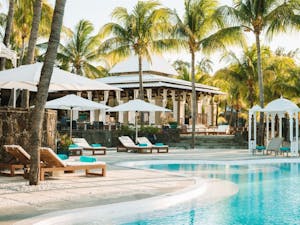 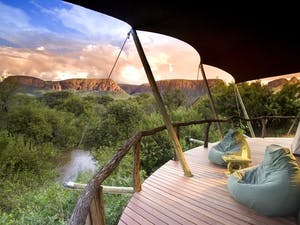 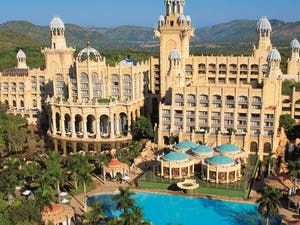