Mandalay is the spiritual heart of Myanmar and is home to an abundance of monasteries, pagodas and religious shrines.

Though much of the city was destroyed during World War II, the city has undergone dramatic change and development.

Look down across it all from Mandalay Hill, the summit is a prime location to observe a sunset. Outside the city don’t miss a trip to the picturesque U-Bein Bridge, the world’s longest and most-photographed teak bridge. 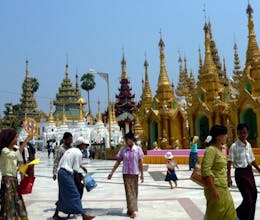 Best of Myanmar
Mandalay
For the best highlights of Myanmar, follow this itinerary which includes highlights such as a river cruise up the Irrawaddy with stops along the way t...
9 nights
Enquire Now View Itinerary 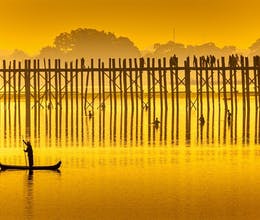 Myanmar Express
Mandalay
This seven-day journey takes you through the very heart of Myanmar. From the bustling streets of Yangon, to the morning markets of Lake Inle, you’ll d...
7 nights from £2,295 per person
Enquire Now View Itinerary 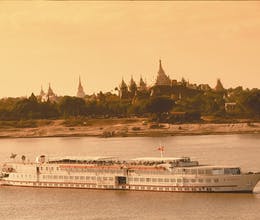