Discover Our Luxury Holidays in India

There’s a world of treasures to discover on a luxury holiday to India. Witness the beauty of the Taj Mahal, explore ancient cities, spot majestic Bengal tigers and relax the world’s finest hotels.

Our Most Popular Luxury Tours in India

Be inspired by our most popular tours, combining some of India’s most unforgettable experiences. Or, speak to our Travel Specialists to tailor your own bespoke itinerary 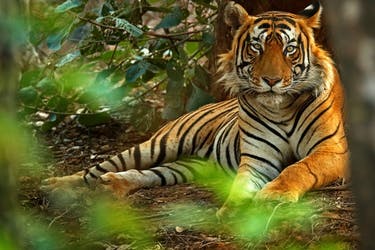 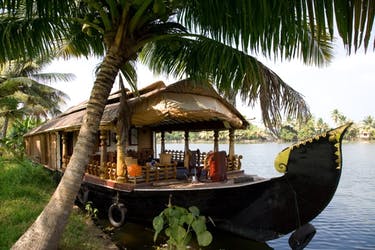 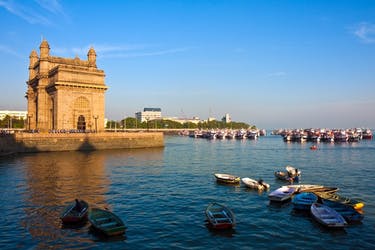 Let us tailor-make your holiday to India

India is a huge, diverse country that offers a true bounty to travellers. So, for those who are thinking of visiting, it’s essential to plan carefully to ensure you get the most out of your time spent there.

At Inspiring Travel Company, our Travel Specialists have a wealth of knowledge to ensure that your stay is enriching as possible. We can tailor your itinerary to perfection for you, whether you want to spend your time immersing yourself in the country’s history, finding the best places to spot wildlife or setting your senses alight with unique experiences. We’ll make sure you see and do exactly what you want to, and more.

Of course, we also understand luxury. So, all of our tours include 5-star accommodation for a truly unforgettable experience.

The Most Popular Destinations for a Holiday in India

From north to south, and everything in between, find out more about the best areas and regions to visit in India 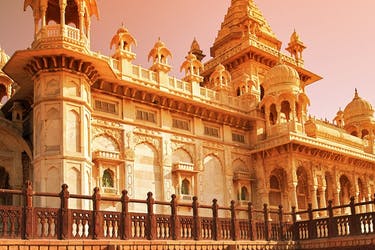 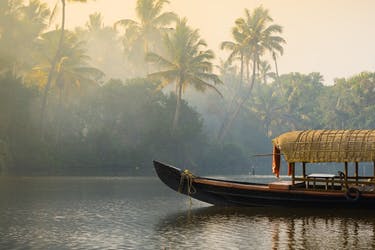 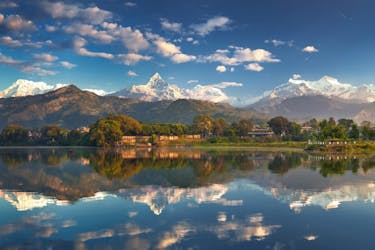 The Himalayas and the Foothills

The spectacular Himalayan Mountains make a wonderful backdrop to this spiritual region. Visit serene Hindu temples and explore the glacial rivers and forests. 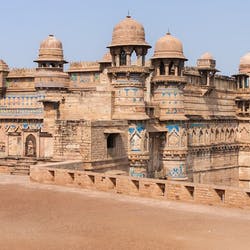 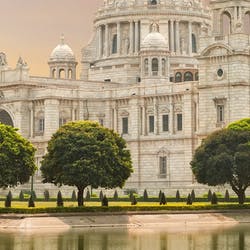 Our Top Hotels in India 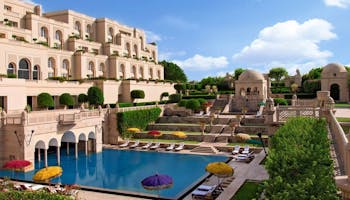 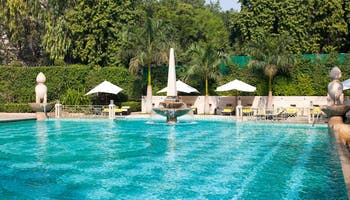 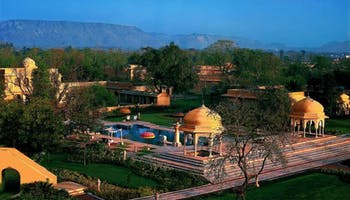 India is famed for many things, from the Taj Mahal and sacred River Ganges to its spicy food, colourful celebrations, spirituality and precious wildlife. Stretching from the Himalayan Mountains of the north, to the cultural treasures spanning east to west and the natural beauty of the south, discover some of the top highlights of India here…

There is no better way to truly immerse yourself in everything India has to offer than by train. India’s historic rail routes are iconic, with bustling stations, decadent cabins and stunning scenery all adding to the incredibly unique experience.

As they traverse the nooks and crannies of the country, trains are also the only way to see some of the most unforgettable sights of India.

Undeniably, one of the best and most popular Indian train journeys is the Golden Triangle. Named in reference to the three cities it covers in northern India, it includes…

To experience the Golden Triangle by train, we recommend boarding the luxurious Maharaja Express or The Palace on Wheels for an unforgettable journey through North West India.

Another spectacular Indian train journey is to take the Deccan Odyssey from Mumbai to Goa. Following the itinerary on offer, you will head through the state of Maharashtra, stopping to discover some of the most fascinating heritage sites such as the scenic Ellora Caves and Kailash Temple. In Goa, you can take beautiful walks and visit the spice plantations, before relaxing on the beaches of Ratnagiri and disembarking in Mumbai.

India is home to some of the most scenic national parks and incredible tiger encounters in the world. Here you will find unforgettable safaris, sightings of unique wildlife and magnificent landscapes unlike anything else on the Indian subcontinent.

The most famous place to undertake a tiger safari in India is Ranthambore National Park. Ranthambore boasts enchanting natural beauty, with its iconic wildlife and breathtaking landscape coming together to create a photographer’s dream. The park is particularly special as it has one of the largest Bengal Tiger populations in all of India.

South India’s most popular reserve, Periyar Tiger Reserve in Kerala, is another dream destination for lovers of big cats. Like Ranthambore, the tiger population is very high, as is the population of majestic elephants.

To immerse yourself deeper into the stunning wilderness of India, Satpura National Park is a lesser known, but highly recommended, national park. Also less famous, but still a safari-seekers dream, is Pench National Park. With dense forest, a vibrant variety of bird life and a large Bengal Tiger population, Pench proves that India has stunning safaris all over the country, even in the lesser-known areas.

There are almost 39,000 temples in India along with around 1,000 forts. Each one comes with its own fascinating history and intricate design, making a visit to some of the most impressive monuments a must-do in India.

The Indian subcontinent is known for being the birthplace of the world’s oldest religion, Hinduism. Around 95% of Hindus still live in India, so many of the thousands of religious temples are still very much in use today.

Some of the most impressive Hindu temples include Jagdish Temple in Udaipur and Swaminarayan Akshardham in New Delhi, known for its lavish architecture and immaculate gardens. The older temples are just as breathtaking, such as the ancient Kailasa Temples in Maharashtra which are cut out of the rock of Ellora Caves.

It’s not only Hinduism that is practiced in India. The spectacular Golden Temple in the northern city of Amritsar is a sacred Sikh place of worship, while the Ajanta Caves to the west are a famous Buddhist monument. Then, there is the New Delhi’s spectacular Lotus Temple, which welcomes all faiths to worship.

Once ruled by powerful kingdoms, India’s forts are the best way to discover the country’s history. When in Delhi, you will see the Red Fort, the former residence of Mughal Emperors. Jaisalmer Fort in Rajasthan is a must-see too, as it’s the largest ‘living fort’ in the world. In the same region is the magnificent UNESCO World Heritage Site, Jaipur’s Amber Fort.

From the mountains of the north, to hectic cities and tropical forests in the south, India is an adventure lover’s dream. Its stunning and dramatically varied landscapes are home to an impressive range of exciting activities and adventures to embark on.

There is an array of unique cultural experiences on offer in India, including tours of authentic tea and spice plantations, where you can get a taste of real Indian culture and history. The Munnar tea plantations in Kerala hold India’s first tea museum. Here, you will learn about the traditional method of making tea and discover what makes Indian tea so uniquely delicious. If you are visiting one of the cities, be sure to take a rikshaw ride and delve into the colourful markets, too.

No trip to Kerala is complete without journeying into nature and enjoying a cruise of the serene backwaters of Kumarakom. The tropical boat journey is enchanting and as you drift along, surrounded by the sights and sounds of the untamed jungle, you can’t help but feel like an adventurer from a bygone age. Stopping at secluded lagoons and mesmerising beaches along your way, an adventure in Kerala is the perfect opportunity to both explore and unwind in the sunshine.

The stunning Himalayan foothills are another one-of-a-kind destination that is not to be missed when planning an adventure in India. This region has more breathtaking sights to see in than anywhere else on the Indian subcontinent. Find peace and tranquillity as you marvel at the snow-capped Himalayas, see the exquisite Golden temple in Amritsar and even visit the home of His Holiness the Dalai Lama.

India is an incredibly diverse country, with a colourful array of religions, languages and traditions creating a unique culture.

India has a complex history, entwined with culture and religion. Its early inhabitants created the first Hindu scriptures, and you can still see ancient shrines to deities such as Shiva, Vishnu and Brahma. Some other important sites include Mayapur in eastern India, where Sree Chaitanya Gaudiya Math was born, said to be in incarnation of Krishna. Of course, the River Ganges in the north is highly sacred and worshipped as the goddess Ganges Ma.

Buddhism was also born in the Indian subcontinent, before numerous dynasties and emperors began to rule, though you will also see Sikh temples and mosques.

In the 17th century, India began to become colonised by European powers. Kolkata was the capital of British India and is known for its grand Colonial architecture. It is also where you can visit the home of Mother Theresa, who was known as the Catholic Saint Theresa of Calcutta.

One of the most famous figures to be born in India, Mahatma Gandhi inspired non-violent civil rights protests across the world. He was assassinated in New Delhi and visitors can pay their respects to him at Raj Ghat memorial, where he was cremated.

Born in India from ancient Vedic culture, Ayurveda is considered to be one of the oldest healing sciences in the world. Based upon finding balance in the body, today Ayurveda inspires many modern wellness practices, from nutrition to beauty treatments. When staying at a luxury hotel in India, a visit to the spa is a must-do to experience an Ayurvedic massage. The Top 10 Most Beautiful Places to See in India

We caught up with our very own Nikhil Chhibber – the world's leading expert in luxury travel in Ind... The Best Luxury Hotel Spas in the World Back to School! Learning Experiences Around the World

Schools have been in the news a lot recently. All controversy aside, getting the kids learning agai... The Luxury Wellness Retreats To Recharge At This Year

The Covid-19 pandemic has brought an untold amount of stress and worry for everybody. That's why, w... Since so many holidays have been cancelled or postponed lately, your next trip may as well be a big... Where is Hot in January?

January is the perfect time to treat yourself to a holiday somewhere hot and sunny. After the long,... Other Shores Team - September, 2021
Read this blog
Your bookings are protected by our travel guarantee
Read More