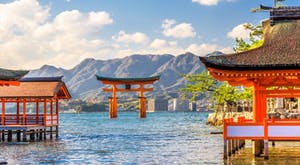 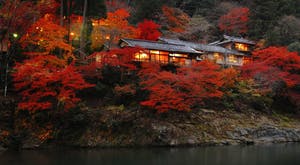 It might be the sense of heritage here, what with a history dating back to the 17th century when the property was built as a mansion for noble Suminokura Ryoi, before subsequently being transformed into a ryokan inn more than 100 years ago. Perhaps it’s the Zen Garden, brimming with maple and cherry trees, mossy stones and trickling waters of Oi River; or maybe the distant sounds of bells chimin... 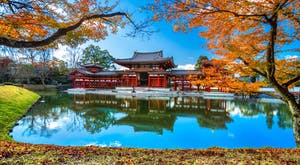 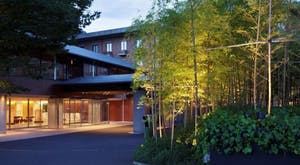 Pick a room, check in, and head out to explore Kyoto’s main attractions from the famous Higashiyama District, safe in the knowledge that you have a helpful concierge team, well-equipped hotel and spacious ‘guestroom with a view’ to return to at the Hyatt Regency Kyoto. Certainly one of the city’s leading luxury properties, you can expect a host of spa treatments that go further than most here, inc... 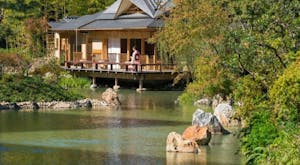 Don’t be fooled by the Four Seasons Hotel Kyoto’s cutting-edge external architecture as you arrive, nor the grand central lobby lined with marble or towering glass-clad atrium, as when you look a little harder you’re faced with a luxury Kyoto property that’s actually very proud of its Japanese heritage and history. The designers of this unique resort have since suggested their aim was to create ce... 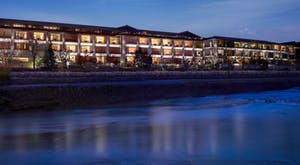 This is a decadent city hideaway that flaunts the best of both worlds. Enthroned on the banks above Kyoto’s Kamogawa River, this five-star hotel starts with an enviable location that puts it within touching distance of the ancient city’s best highlights, but with views of the Higashiyama Mountains too. Its own zen gardens and waterfalls create a soul-soothing ambience, which extends throughout th... 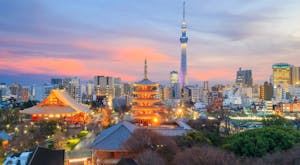 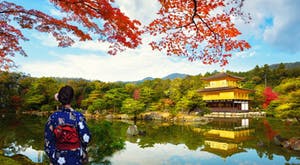 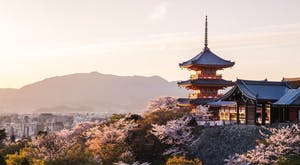 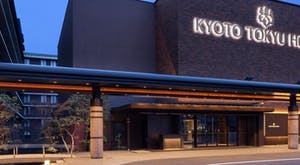 A glorious spot from which to explore the charming, cultural city of Kyoto, this elegant property seamlessly combines modern design with traditional Japanese touches. Choose from the staggering 17 UNESCO World Heritage sites, over 400 Shinto shrines and 1600 Buddhist temples in the city, marvelling over their ornate design and fascinating history. Explore traditional tea houses, sample the exquisi...

A Japanese Food Guide for Travellers

There are so many sights and sounds across Japan that make the Asian nation a bucket list destinati...