Kuala Lumpur is a truly international city, but one where intricate mosques and temples still stand side by side against towering modern sky-scrapers.

Kuala Lumpur has dramatically grown over the last century into a modern bustling city, whilst retaining historical character and local vibrant colour. Merdeka Square, the traditional heart of the city, is the location of many buildings of historical interest such as the Royal Selangor Club, where the city's elite meet.

In contrast, The Golden Triangle is a small city in itself, where the tallest building in the world, the Twin Petronas Towers, dominates the skyline and entertainment and luxury hotels all add a modern blend to the top developing commercial cities in the world.

This small concrete jungle of sky-scrapers, six-lane highways and colonial architecture, that's silhouetted by greenery, holds not just an epic of shops, but an abundance of restaurants too. Wine and dine in the sophisticated metropolitan area, or even taste food that is inspired from all across the continent by a street side hawker, as you lose yourself in the hustle and bustle of the city. If you are adventurous with cuisine, Kuala Lumpur has a great restaurant scene and bustling street markets, particularly in China Town.

The city also offers some of the best priced shopping in the region and as English is widely spoken, the shopping experience is pleasant rather than challenging. There are a number of international style shopping malls that usually have at least a floor dedicated to cuisine from around the region – food and shopping are high on the daily agenda here! 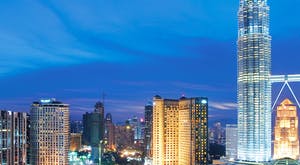 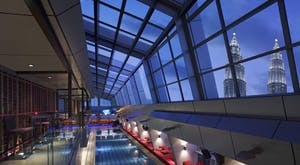 Towering high above the city and offering full-frontal views of the famous Petronas Towers, this 571- room hotel offers a convenient location for business and leisure travellers alike. It is connected to the Kuala Lumpur Convention Centre within the city’s shopping and entertainment district. The real draw, apart from the views, is the hotel’s rooftop bar. The SkyBar has been voted The Best Bar an... 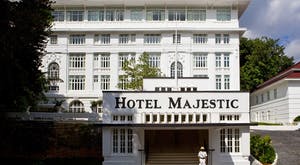 Boasting the accolade of Kuala Lumpur’s only heritage hotel, The Majestic Hotel Kuala Lumpur is a fine example of colonial elegance infused with modern Malaysian delights. One of the Leading Hotels of the World collection, the hotel is idyllically located in a leafy neighbourhood. Guests can explore the large colonial-era buildings in the area and the architecturally stunning Malayan Railway S... 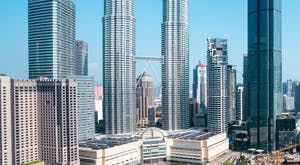 This is every inch the contemporary urban gem of a hotel that fits harmoniously with its cosmopolitan surrounds – the KLCC Park and Petronas Towers, no less – while exuding a distinct Four Seasons elegance that the group execute to perfection. The Four Seasons Kuala Lumpur is encased within a glittering skyscraper with silvery toned interiors inside to reflect its city-cool vibe and floor-to-ceil... 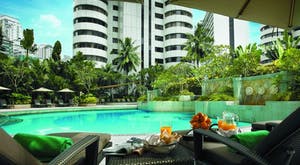 The hotel sits only a five-minute walk away from the famous Petronas Twin Towers, the entertainment district and central business district. Wake up to a view of the beautiful gardens and Kuala Lumpur Tower. Embodying the regal Shangri-La style, one of the main selling points at this stylish hotel is the cuisine. The hotel boasts several award-winning restaurants offering Malaysian, Chinese, J... 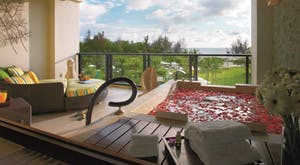 Spend a few days in the capital city of Kuala Lumpur to savour the Malaysian hawker food and witness the majestic sight of the Petronas Towers, before heading off to Malaysia's Borneo for an opportunity to see wild Orangutans and a chance to relax by the beach.   Accommodation Details Traders Kuala Lumpur: 3 nights, bed & breakfast Shangri-La's Rasa Ria Resort: 7 nights, room only... 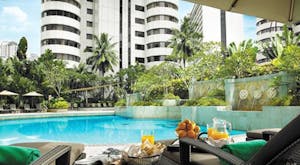 Explore the attractions of Kuala Lumpur from your Shangri-La hotel base. There are easy flight connections to Bali. Stay in cultural Ubud with its fascinating temples and ever-popular arts scene. Then move on to The Amala, a lovely boutique resort near the beach.   Accommodation Details Shangri-La Hotel Kuala Lumpur: 2 nights, room only Uma by COMO, Ubud: 4 nights, bed and breakfast The Amala: 4 n... 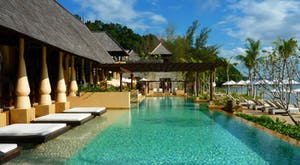 Back to School! Learning Experiences Around the World

Schools have been in the news a lot recently. All controversy aside, getting the kids learning agai...

Where is Hot in January?

January is the perfect time to treat yourself to a holiday somewhere hot and sunny. After the long,...