Made up of over 7,000 islands with white sand beaches, fascinating culture and world-class snorkelling and diving, the Philippines is a tropical paradise.

Where to go in Philippines 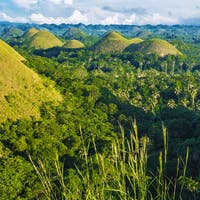 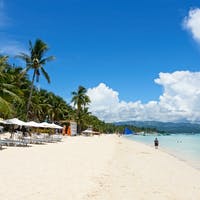 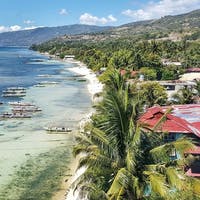 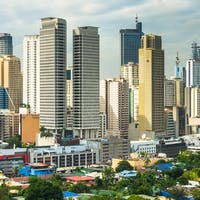 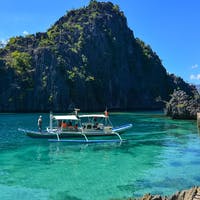 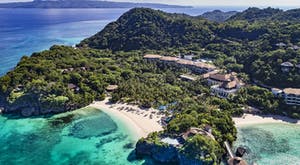 This hillside paradise offers guests seclusion and tranquillity, despite being less half an hour’s drive from Boracay's vibrant centre. Browse the extensive treatment menu at Chi, The Spa. Divide your time between beaches, or swim in one of the biggest free-form pools in the Philippines. Play a match on the tennis court, workout at the well-equipped gym, or take part in one of the many watersports... 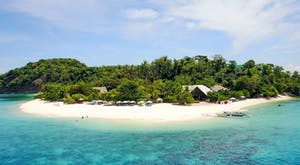 With a magnificent 700-metre stretch of white sand beach, proximity to many world-class diving sites, a house reef and plenty of activities, Club Paradise Palawan is an island paradise that offers something for every guest. The resort offers plenty of adventures and excursions to explore the local area – take a Coron Island Hopping Tour to visit some of the many scenic islets close by. Diving is a... 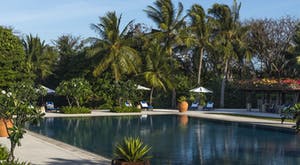 After check-in at Amanpulo’s hanger, fly by private air charter (1 hour 10 minutes). The resort’s Beach, Treetop and Hillside Casitas are modelled after traditional Filipino bahay kubo houses, and feature hammocks, whitewashed walls and private wooden decks; Treetop Pool Casitas also include a personal plunge pool. For the ultimate in privacy, we recommend upgrading to a One or Two Bedroom Villa ... 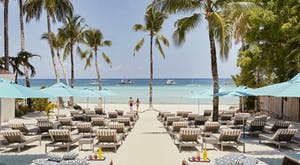 Highlights of the Philippines 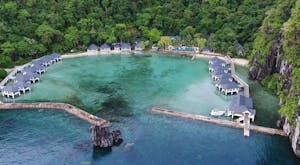 A stay at this eco-resort is about relaxing and enjoying your spectacular natural surroundings. Accommodation here features timber recycled from Filipino homes, with each room, suite and cottage enjoying floor-to-ceiling glass doors and private verandas for enjoying the El Nido sunset. Lagan is approximately one hour’s flight from Manila or Boracay and then one hour by road and boat transfer to r... 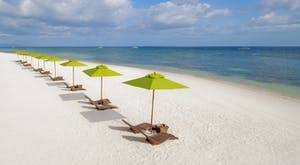 Great for couples and families alike, South Palms Resort is a beachside property that offers a picturesque location and is ideally placed for exploring Bohol’s many attractions. The resort’s huge beach is truly outstanding; azure water, pristine white sand and shaded sun loungers offer the perfect place to unwind. There are two luxurious pools to choose from – the shore-side swimming pool and the ... 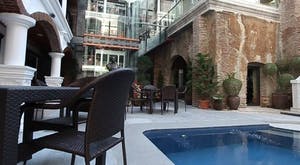 A historic hotel with an enviable position close to many of Vigan’s best attractions and landmarks, Hotel Luna is a charming place to stay with plenty of character. Interiors feature dark wood accents, intricate furniture and rustic exposed brickwork. The hotel displays an extensive and impressive art collection, with sculptures and paintings adorning most spaces. Rooms and suites are elegant... 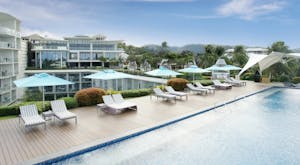 And yet is just a ten-minute shuttle transfer from the entertainment and dining hub of Station Two, where many of the vibrant bars, restaurants and shops are to be explored. It’s no coincidence that White Beach is one of the most photographed locations in the world – this is a true paradise blessed with lofty palms, azure water and powdery sand. There are two pools to choose from at the resort: t... 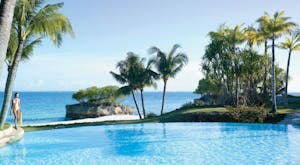 If it’s activity you’re looking for, head down to the seafront for a variety of exhilarating watersports; for a bit of relaxing inactivity, spend an afternoon at the large private beach, or indulge at Chi, the Spa. From pitch-and-putt and mini golf to the E-Zone with video consoles and a games arcade, there’s more than enough to keep you entertained should you want to tear yourself away from the ... 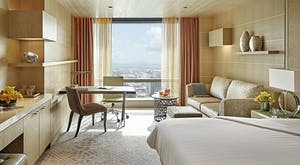 Shangri-La at the Fort

There are dozens of excellent retail outlets nearby, as well as the American Cemetery (war memorial) and Manila Golf Club. Active guests will relish their workout at Kerry Sports – Manila’s largest gym is spread over two floors and boasts: a swimming pool with loungers, two tennis courts, two squash courts and an NBA-grade basketball court. Younger guests will enjoy the 1,000 square-metres of ...