Studded halfway between Hanoi in the north and Ho Chi Minh in the south, Danang is a convenient city stop for exploring the central region of Vietnam. Close to the city are a string of popular beaches such as My Khe and Lang Co: the former is peppered with resorts and entertainment, while the latter offers a quieter alternative, where palm trees meet silvery sands. In fact, there are 30 kilometres of coastline to discover around Danang, where you can either luxuriate on the beach or opt for active pursuits such as diving, sailing and snorkelling.

Touring Danang city itself throws up a raft of cultural offerings too. Nothing beats trawling through the local markets, stopping for a Vietnamese coffee, and feasting on moreish street food – without rubbing shoulders with crowds of tourists. Then there’s the Cham Museum, a must-see site in Danang which showcases artefacts from the Cham civilisation, flourishing in south-central Vietnam between the 2nd and 17th centuries. Today, there are around 150,000 Cham people living in Vietnam. Additionally, one of the things riverside Danang is best known for is its collection of bridges. There’s one arcing over the Han River in the shape of a snaking dragon, beautifully lit up at night; and another which appears as though held up by two enormous hands, hovering above the verdant Ba Na Hills.

Trustpilot
01244 435 087
All of our holidays are tailor-made to your requirements by an expert Travel Specialist.
Enquire Now 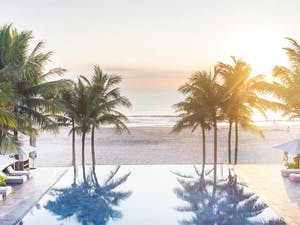 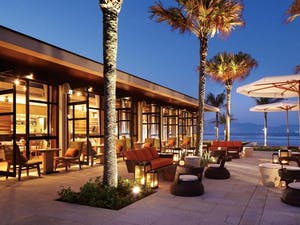