Visit Hue for a step back in time, to the reign of the Nguyen Dynasty. An imperial city scattered with ornate architecture, Hue has a regal air to it thanks to the city’s former life as Vietnam’s capital, ending in 1945 when Bao Dai – the last of the Nguyen Dynasty’s emperors – abdicated. Today, you can get a glimpse of the Nguyen legacy by exploring the various pagodas, palaces, temples and tombs that emerge between a modern, urban cityscape.

Some of the most prominent imperial sites to discover include the walled Imperial Citadel, with its many shrines and palaces; the Forbidden Purple City; Thien Mu Pagoda; and mausoleums of Tu Duc and Khai Dinh, both eminent emperors of the area’s past. Some of these are extraordinarily elaborate edifices, such as Tu Duc’s mausoleum – a resplendent complex with pavilions, gardens and lakes, built in honour of the ‘Poet Emperor’ who enjoyed a luxurious, extravagant lifestyle. On the other hand, Khai Dinh’s mausoleum integrates influences from around the world – including European, Roman and Gothic – with Vietnamese iconography and architecture throughout.

As well as its imperial legacy, Hue is also beloved for its gastronomy – in fact, it’s widely considered to be one of the foodie meccas of Vietnam. There are plenty of hole-in-the-wall, family-run eateries to discover here, serving local delicacies like Bun Bo Hue, a spicy, lemongrass-infused beef broth; and Banh Beo, savoury pancakes served with shrimp and crispy pork; delicious! 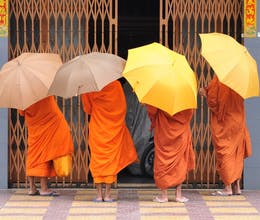 Essential Cambodia & Vietnam
Hue
See the diversity of landscape and cultures, and the differences in cuisine and history of Cambodia and Vietnam on a twelve-day journey.   Experience ...
11 nights from £3,338 per person
Enquire Now View Itinerary 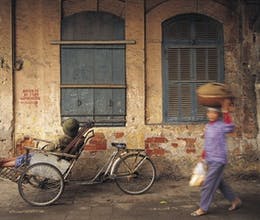 Essential Vietnam
Hue
The best way to experience Vietnam is on a multi centre tour visiting the Northern, Central and Southern areas of the country. All of our tours are on...
6 nights from £1,689 per person
Enquire Now View Itinerary 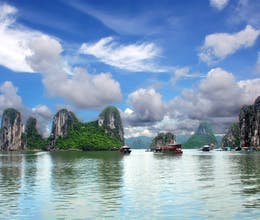 See The Real Vietnam
Hue
Take in this spectacular itinerary which relishes in all that Vietnam has to offer, the stunning limestone karst mountains of Halong Bay, the lush gre...
12 nights from £2,395 per person
Enquire Now View Itinerary 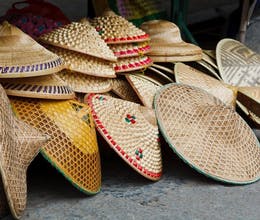 Vietnam Highlights
Hue
The best way to experience Vietnam is on a multi centre tour visiting the Northern, Central and Southern areas of the country. All of our tours are on...
10 nights from £2,344 per person
Enquire Now View Itinerary 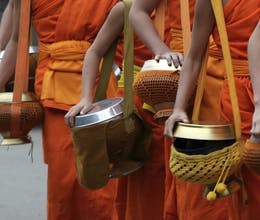 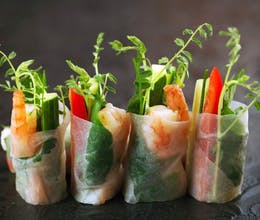 Culinary Delights of Vietnam
Hue
Vietnamese cuisine is regarded as one of the world's best, but few realize the variations that are found in the regional cuisines. Just like the count...
9 nights from £2,239 per person
Enquire Now View Itinerary