The gracefully restored glass-roofed atrium is flooded with natural light creating an elegant and delightful setting for the age-old tradition of afternoon tea with freshly baked scones, delicate finger sandwiches and sweet treats.

The hotel is positioned in the heart of Hobart’s city centre on Murray Street amongst boutique shops and chic eateries while several of the city’s attractions such as Salamanca Market, the harbour and Tasmanian Museum and Art Gallery are all less than 10 minutes walk away. If you are at Hadley’s Orient Hotel on a Thursday, Friday or Saturday, be sure to head down to the hotel’s Orient Bar where live music is played on the baby grand piano in the evening.

Hadley’s Hobart is the perfect base to explore both Hobart’s attractions and those of the surrounding area such as the beautifully preserved Georgian architecture of Richmond, only 30 minutes drive away or the Coal River Valley wine region. For a true sense of unspoilt wilderness take a tour to World Heritage Listed Maria Island; a car-free island known for its rugged colourful cliffs, amazing fossils and picturesque bays, with an abundance of native flora and fauna including Tasmanian Devils, Common Wombats and Tasmania’s endemic birds.

Hadley’s building is rich in history, built in 1834 by convict labourers, over the years the building changed hands and uses several times until it was purchased by the Hadley family in 1890 and became Hadley’s Orient Hotel. Several owners on, the National Trust property was most recently purchased by a Tasmanian entrepreneur in 2013 and underwent a no expense spared restoration under the consultation of expert historians, architects and designers to create the authentically restored hotel it is today. 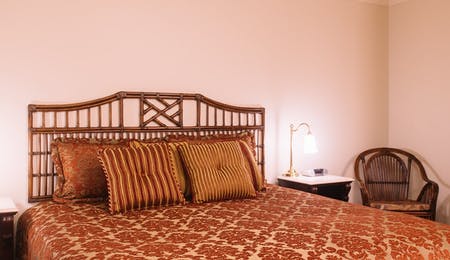 These simple and compact rooms have been gracefully restored and are perfect for couples on a short stay in Hobart.
Superior Room 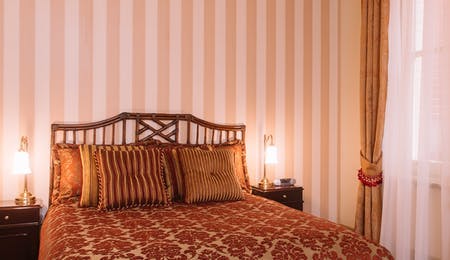 More spacious than the Standard Hotel Room with additional amenities including a work desk, armchairs and coffee table.
Spa Suite 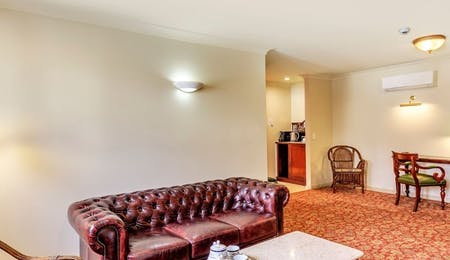 These suites have been tastefully restored and decorated in a unique Victorian style. Each Spa suite features a large spa bath in the bathroom and a spacious separate lounge furnished with leather sofas, a coffee table and armchairs.
Heritage Suite 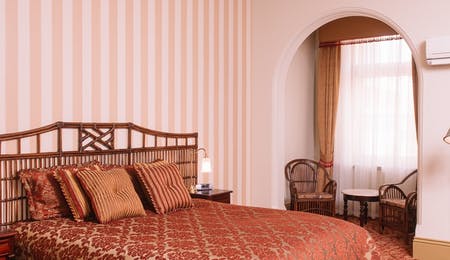 Decorated with a touch of Victorian-era glamour, these suites offer spacious bedrooms and a separate living and dining area.