Many of Perth’s attractions and trendy neighbourhoods are only a 10-minute walk away, including Perth Arena and Murray Street Mall. High fashion designer stores, as well as smaller local boutiques, are found around King Street, while his Majesty’s Theatre is located on the intersection of King and Hay Street, just five minutes from Peppers Kings Square.

Perth’s urban green space, Kings Park is reached on a 20-minute stroll; from here you can take in the sweeping views of the Swan River and the everchanging skyline and skyscrapers of the city centre.

The hotel’s restaurant, Stage Bar and Kitchen serves an innovative menu making use of produce sourced from the fertile farmlands of the state’s south-west and seafood caught off Western Australia’s coast.

The vibrant and colourful neighbourhood of Northbridge is moments away, with its modern art galleries, hip boutiques and piazza where live entertainment and free movies are a popular attraction in the warmer months. The area is also known for its Asian eateries and lively night scene of bars, nightclubs and stylish cocktail lounges. 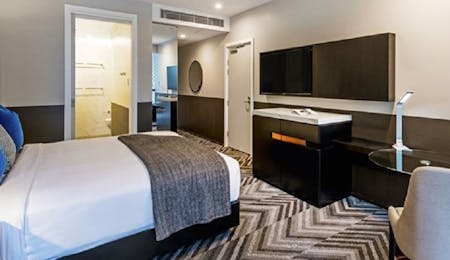 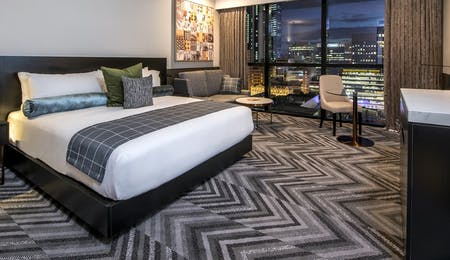 These executive rooms are more spacious and located on the higher floors of Peppers Kings Square, offering fabulous views of the city.
Peppers Sky Room 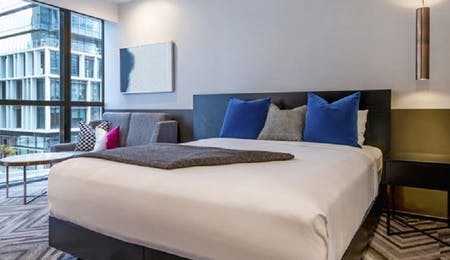