Step inside Hotel DeBrett and find a rainbow of colour, artworks and ornaments, as striped carpets lead up spiral staircases and walls are peppered with paintings, pictures and knick-knacks alike.

This style-conscious boutique bolthole, near Auckland harbour and the trendy outlets of Queen Street, fits right into its upmarket Central Business District surrounds.

There’s also a fun lobby area and somewhat psychedelic guestrooms where you’ll find the same designer touch and snazzy colour scheme as elsewhere, making them among the most uniquely decorated hotel rooms in the city though well-equipped too, with their king beds, standalone tubs and rain showers, air-con, coffee machines and minibars.

Hotel DeBrett also features a compact but handy gym and its urbane restaurant – DeBretts Kitchen, a flagship of seasonal produce that takes gastronomic inspiration from all over the world; neighbouring Housebar is then a good place for a cocktail to kick off your night.

And when it comes to exploring Auckland, you’re ideally located while staying at Hotel DeBrett, with the Central Business District’s best bars, restaurants and designer outlets all around you, as well as Viaduct Harbour, the Sky Tower and Ferry Building plus the city’s art galleries, theatres and museums nearby.

All of the 25 rooms and suites at Hotel DeBrett are individually decorated, each displaying their own particular take on the property’s edgy, rainbow-like colour scheme. Every one of them is certainly style-savvy though, from entry-level Classic Rooms to the hotel’s top suites, and while there’s a range of views on offer (including the atrium, courtyard and city streets), double or king-size beds, rain showers, flat-screen TVs, underfloor heating, a minibar and coffee machine all come as standard; suites then get an extra lounge space as part of their enhanced floorplan. 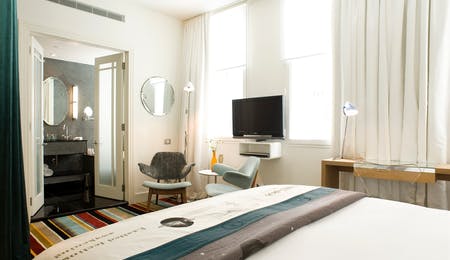 Classic Rooms at Hotel DeBrett are just as chic and cool as their bespoke suite equivalents, relatively modest in size at around 250sq ft yet all the same in-room extras can be found here, and a range of views too.
Superior Room 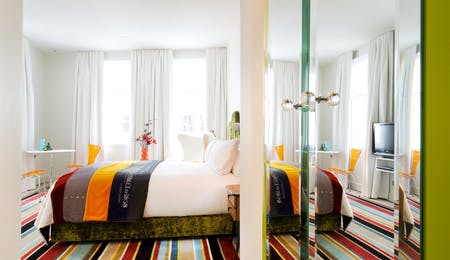 Slightly larger than Classic Rooms though also benefitting from king-size beds and a cosy seating area, Superior Rooms are a nice alternative and several of them enjoy a corner location in the building too.
Signature Suites 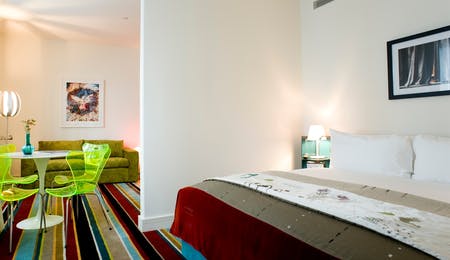 Suites at Hotel DeBrett come in a range of sizes (from 320-540sq ft) due to their location within the property, which also means a mix of views from each of them. They then come with a sizeable bathroom, walk-in rain shower, more space than any of the guestrooms and, in some, a comfortable lounge area. 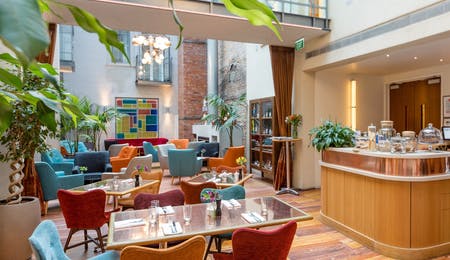 The interior décor of DeBretts Kitchen may well be fused with retro design elements and ornaments, but the New Zealand cuisine served here is anything but dated! Menus at the Kitchen change constantly to go with the seasons (with seasonal produce that can be locally sourced), drawing on all sorts of interesting international techniques and flavour fusions from Moroccan tagines and Mediterranean salads, to Asian-style seafood dishes and good old hearty New Zealand fare. 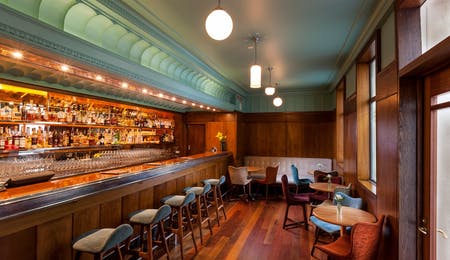 Housebar at Hotel DeBrett is a stylish little watering hole that’s also nicely laid back. Though small, there’s a long wine list and good selection of top-shelf spirits available for cocktails here, making for a convenient spot to start – or end – your evening.

You’re very well located to see all the sights of Auckland while residing at Hotel DeBrett, with the boutiques of Queen Street on your doorstep, Viaduct Harbour just around the corner, and plenty of bars, restaurants, music venues, theatres, galleries and museums within easy reach. 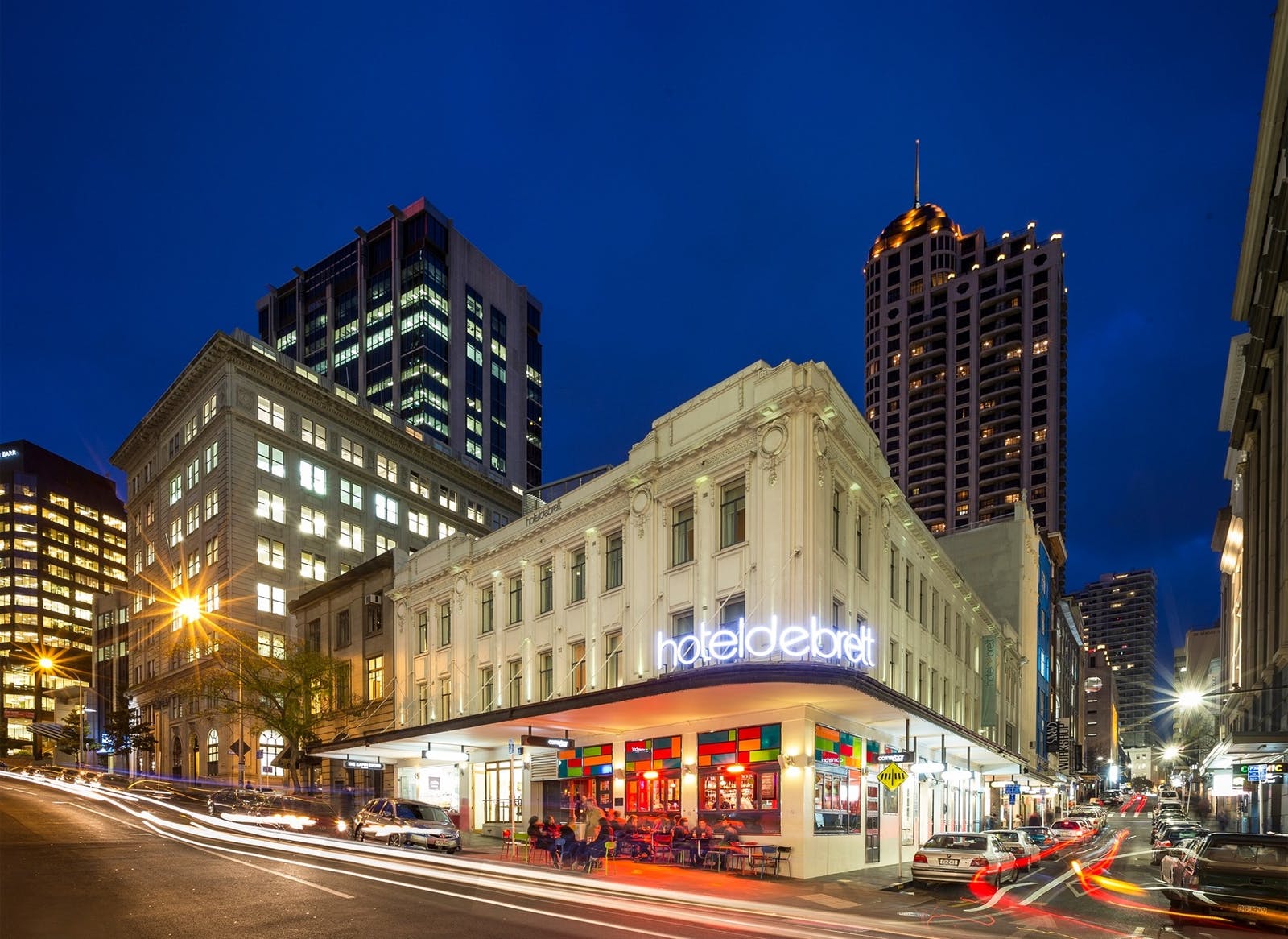 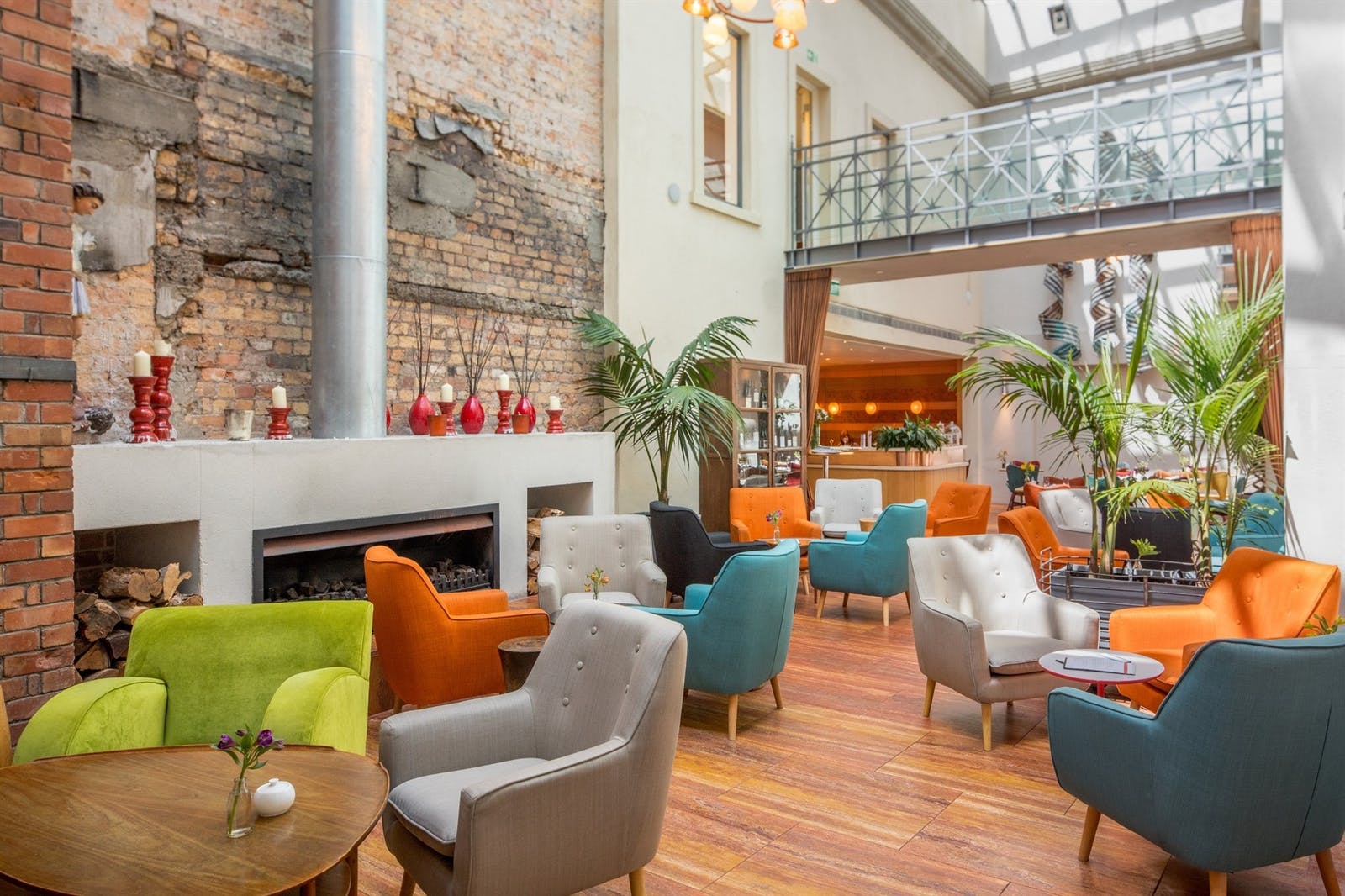 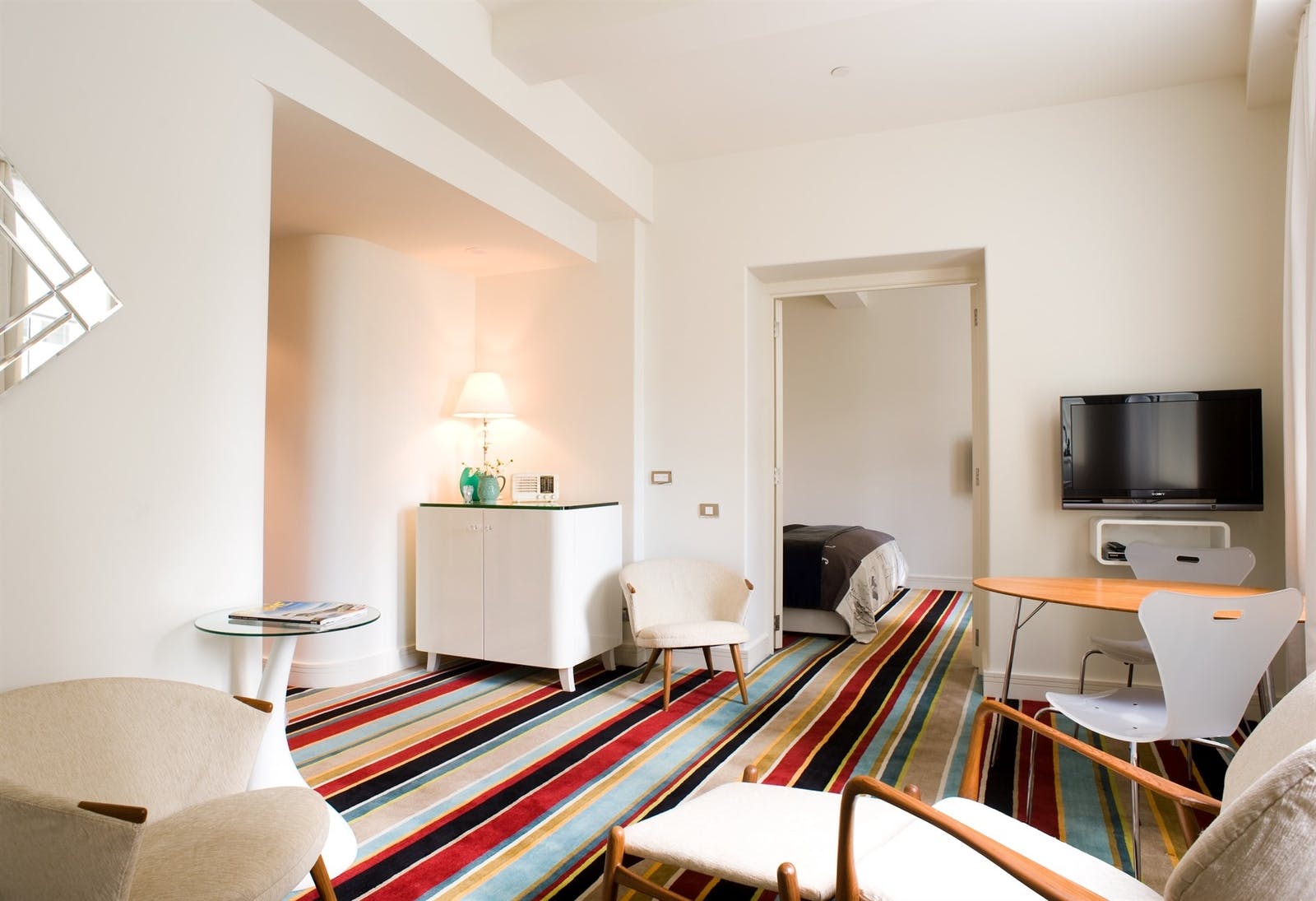 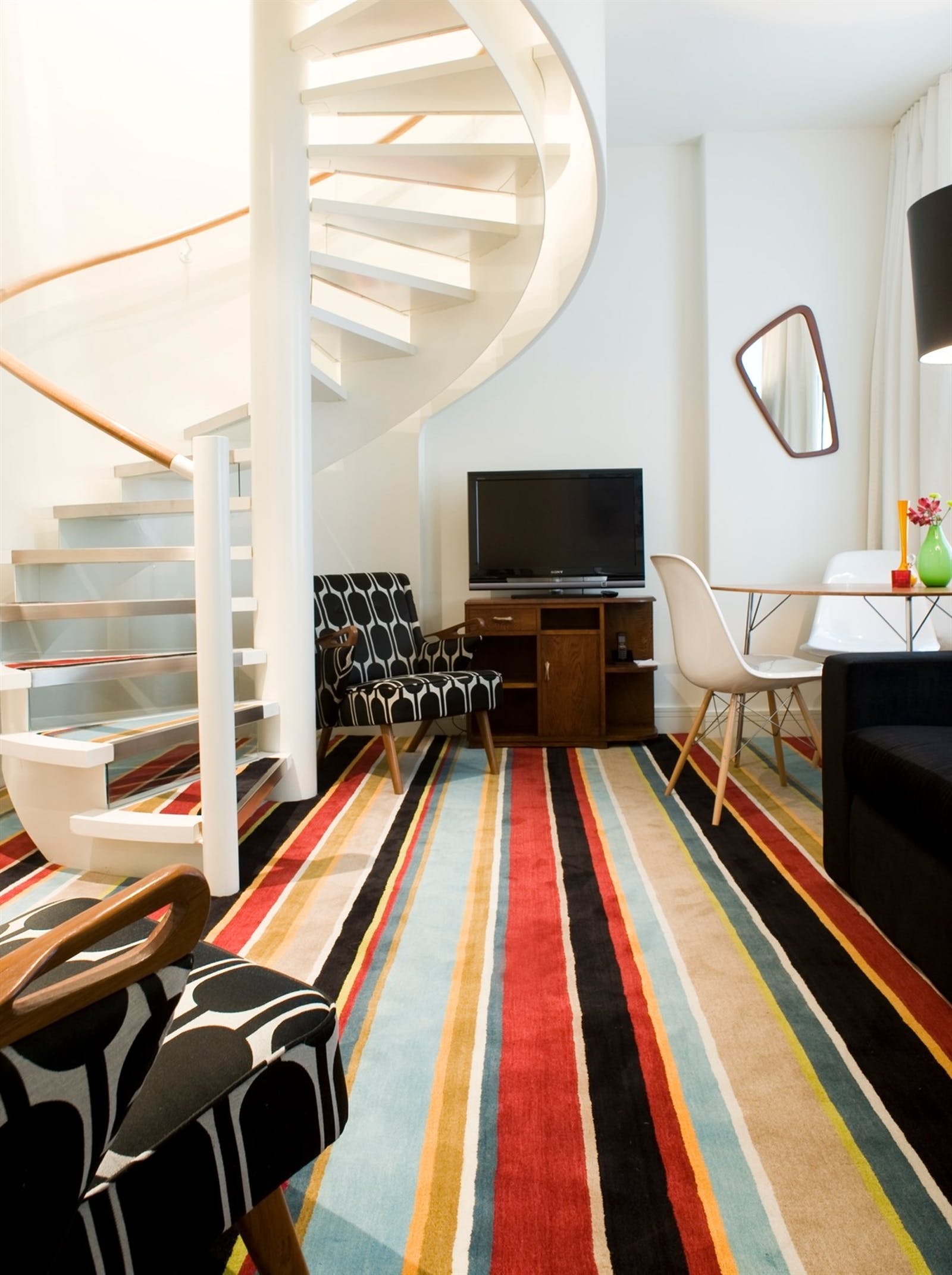 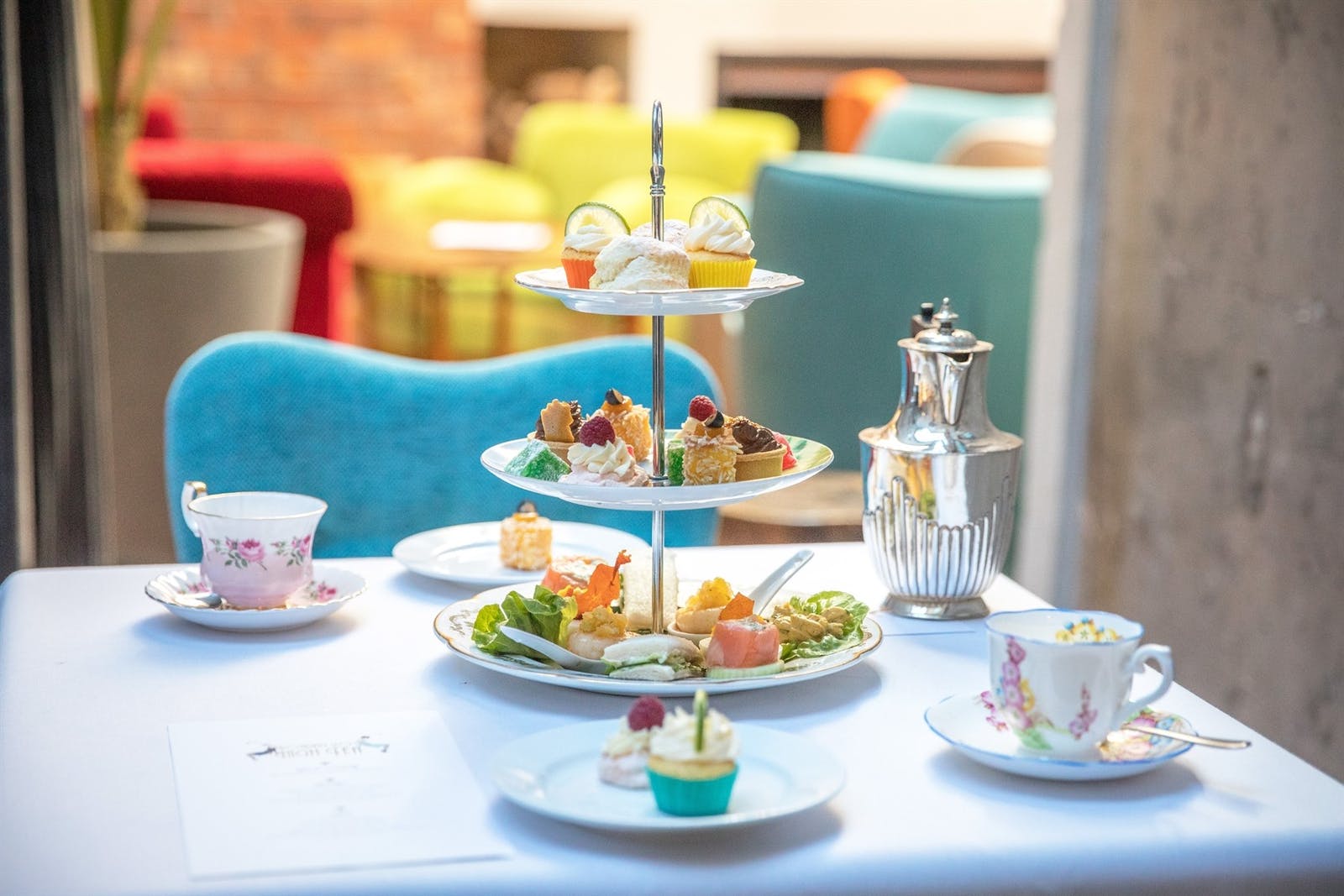 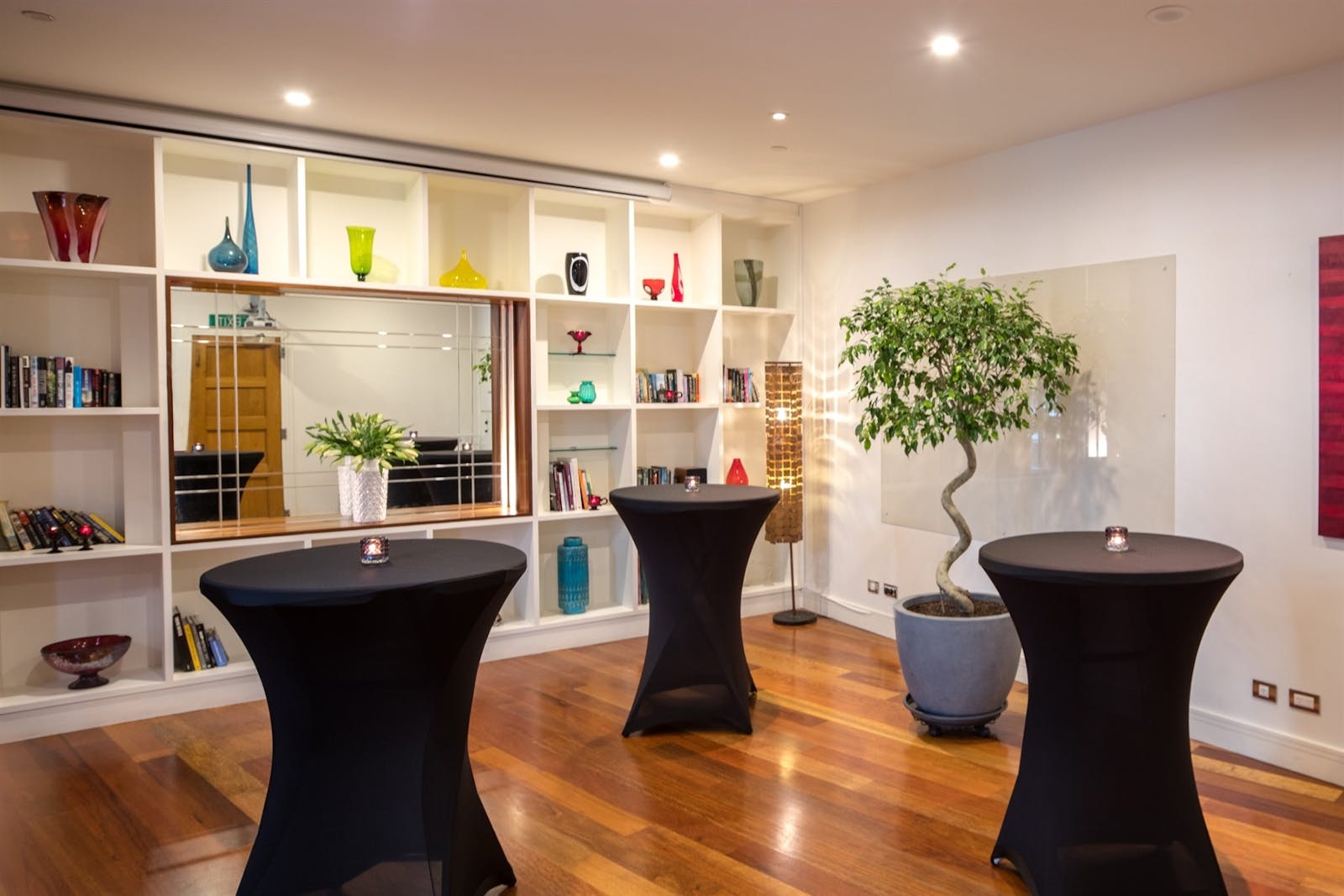 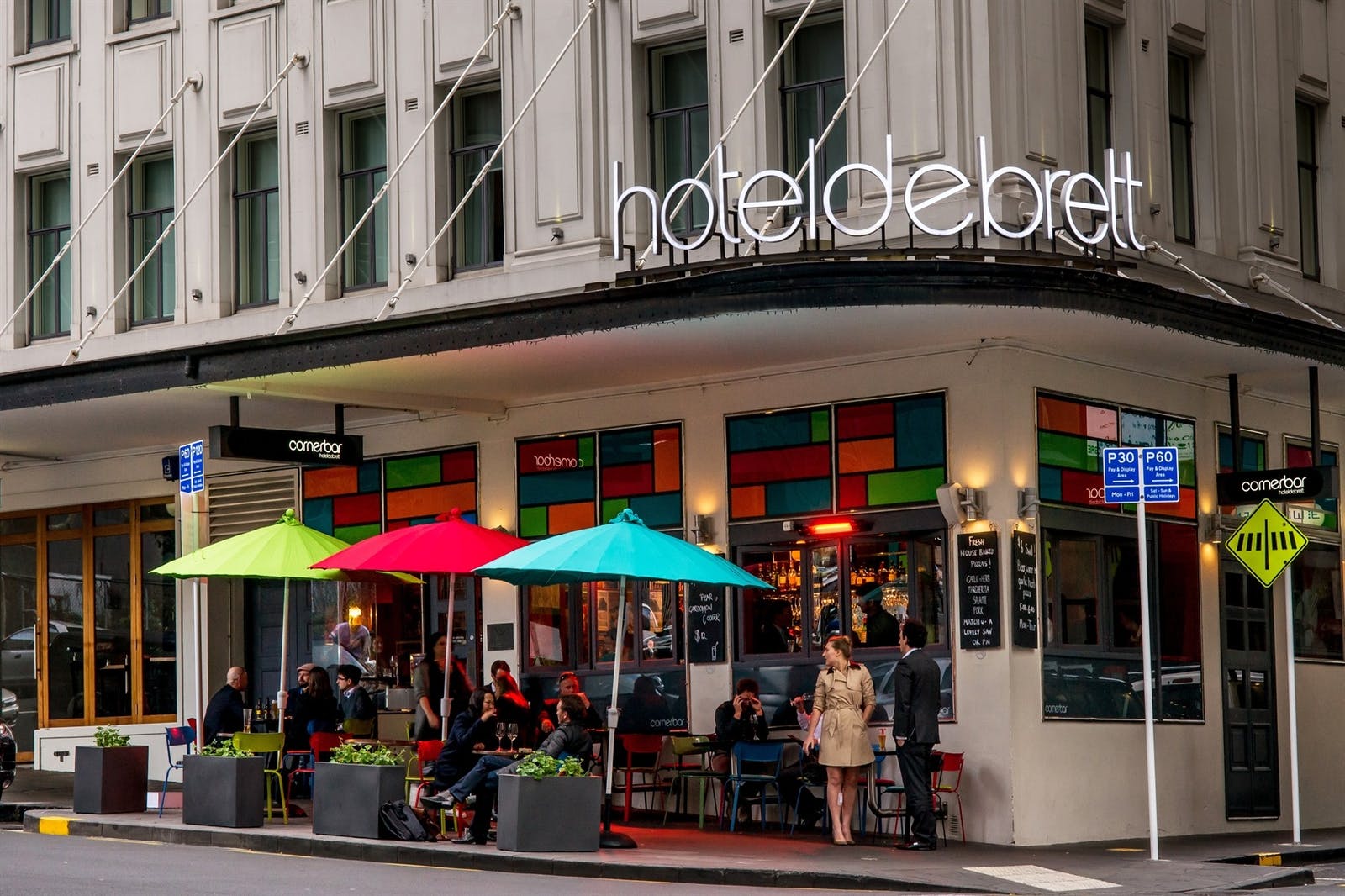 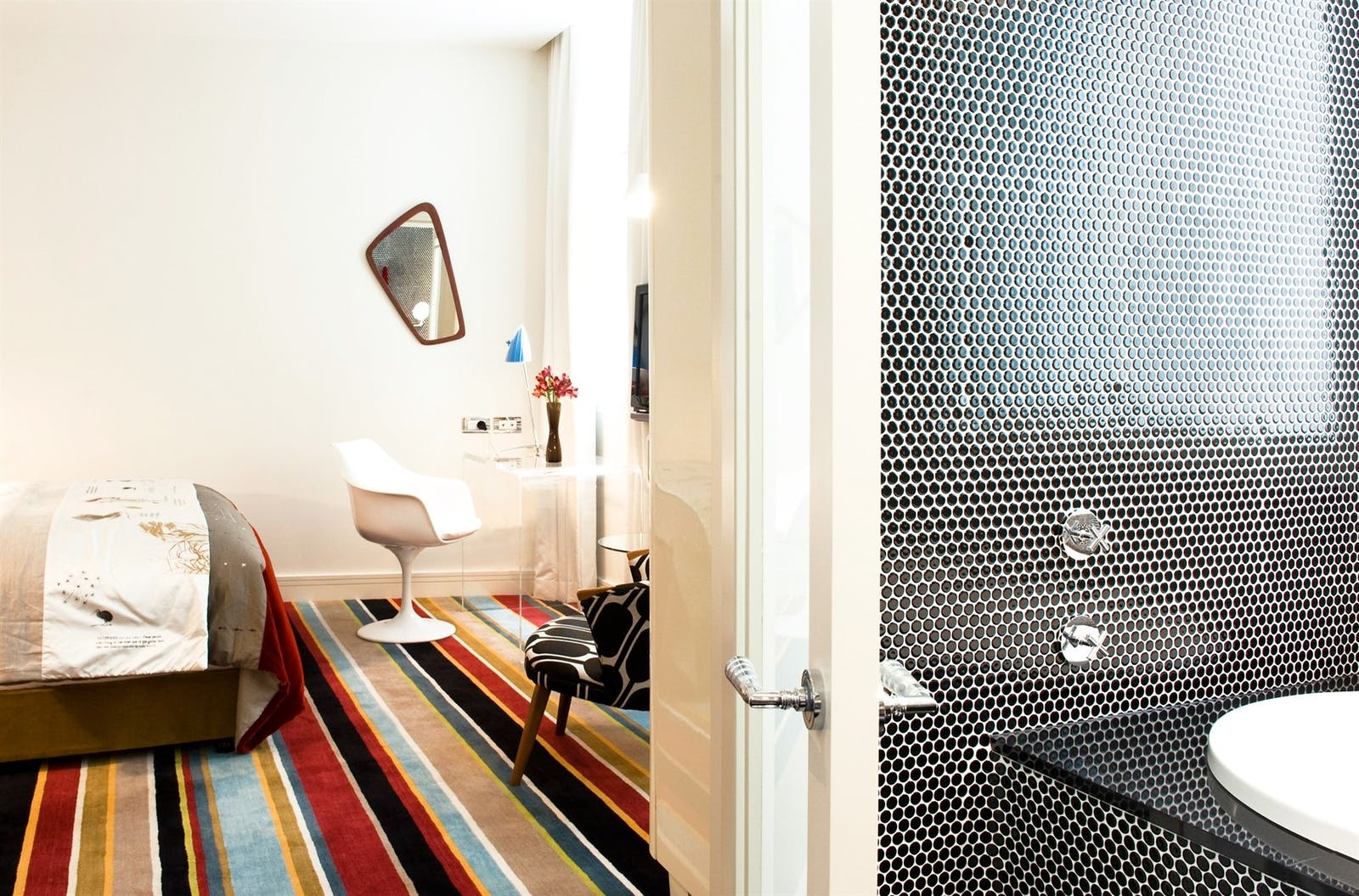 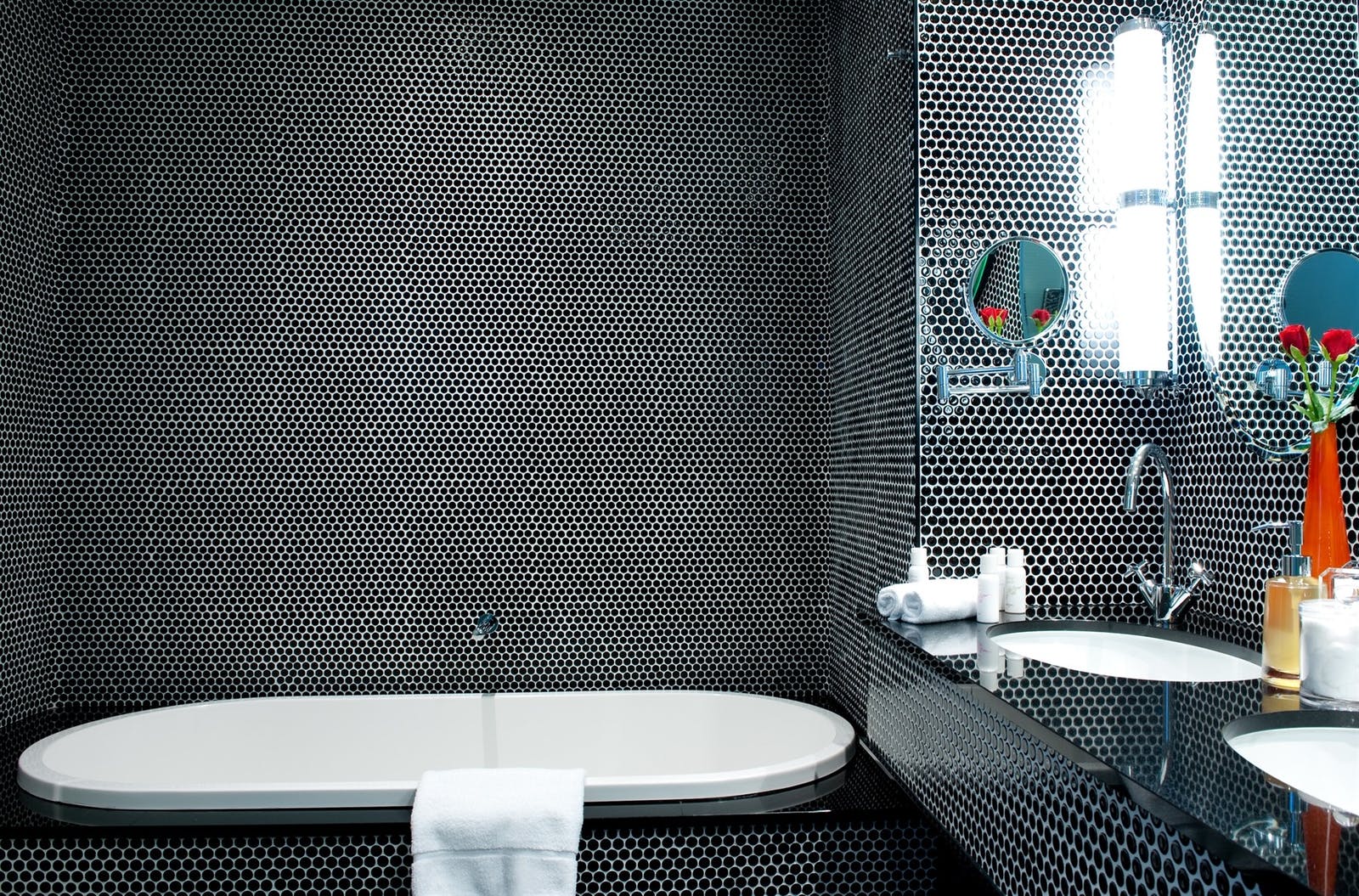 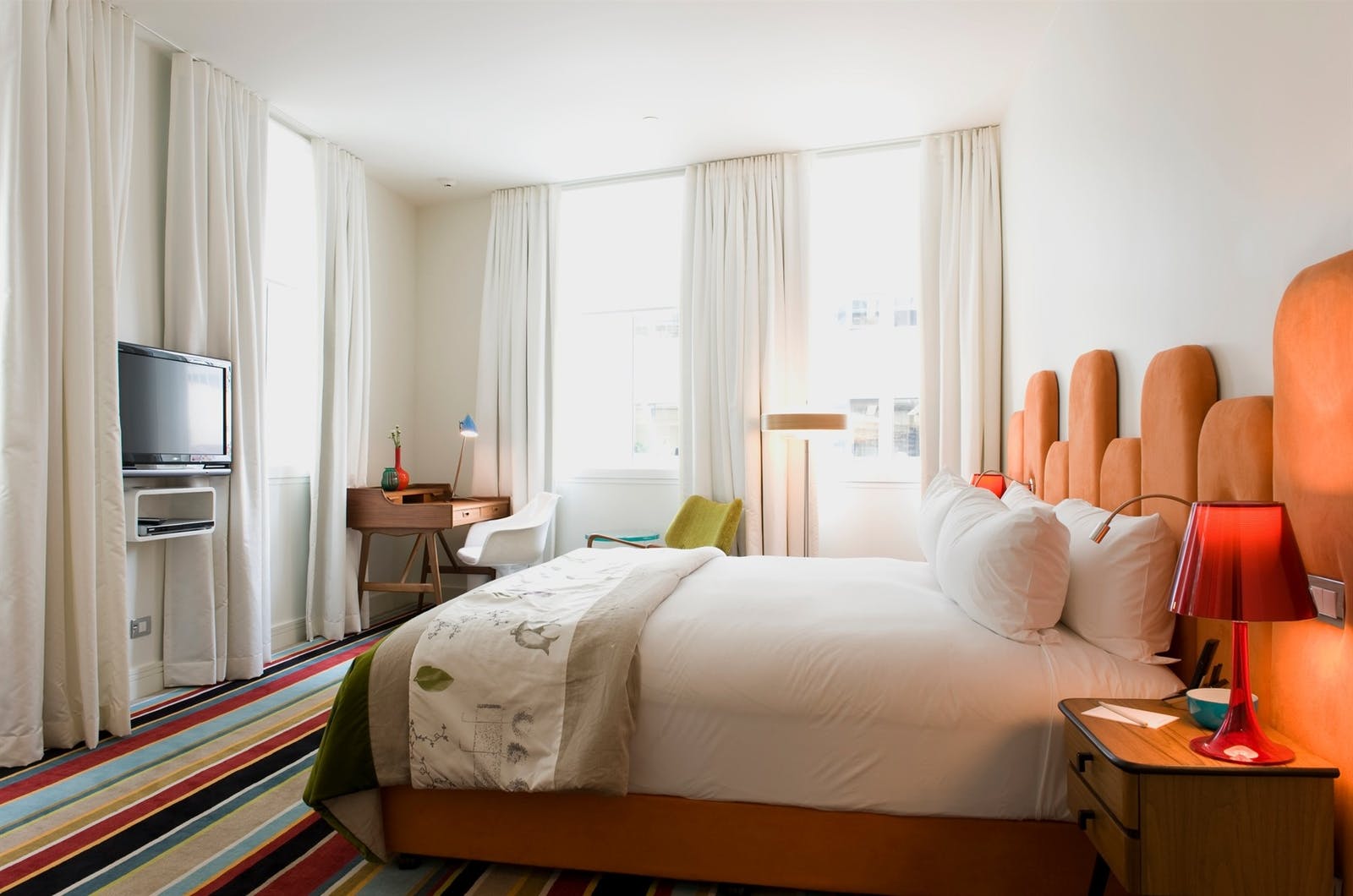 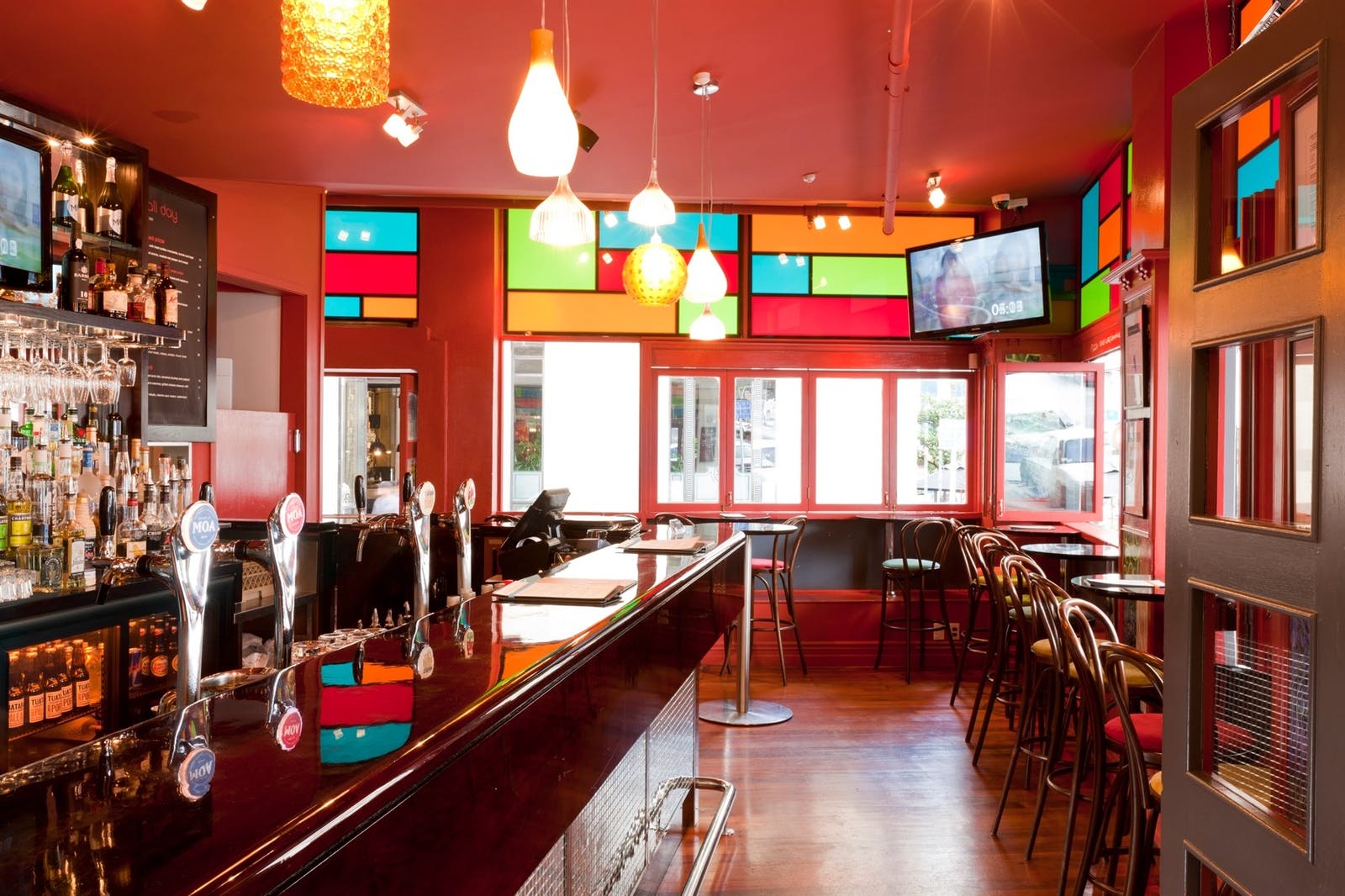 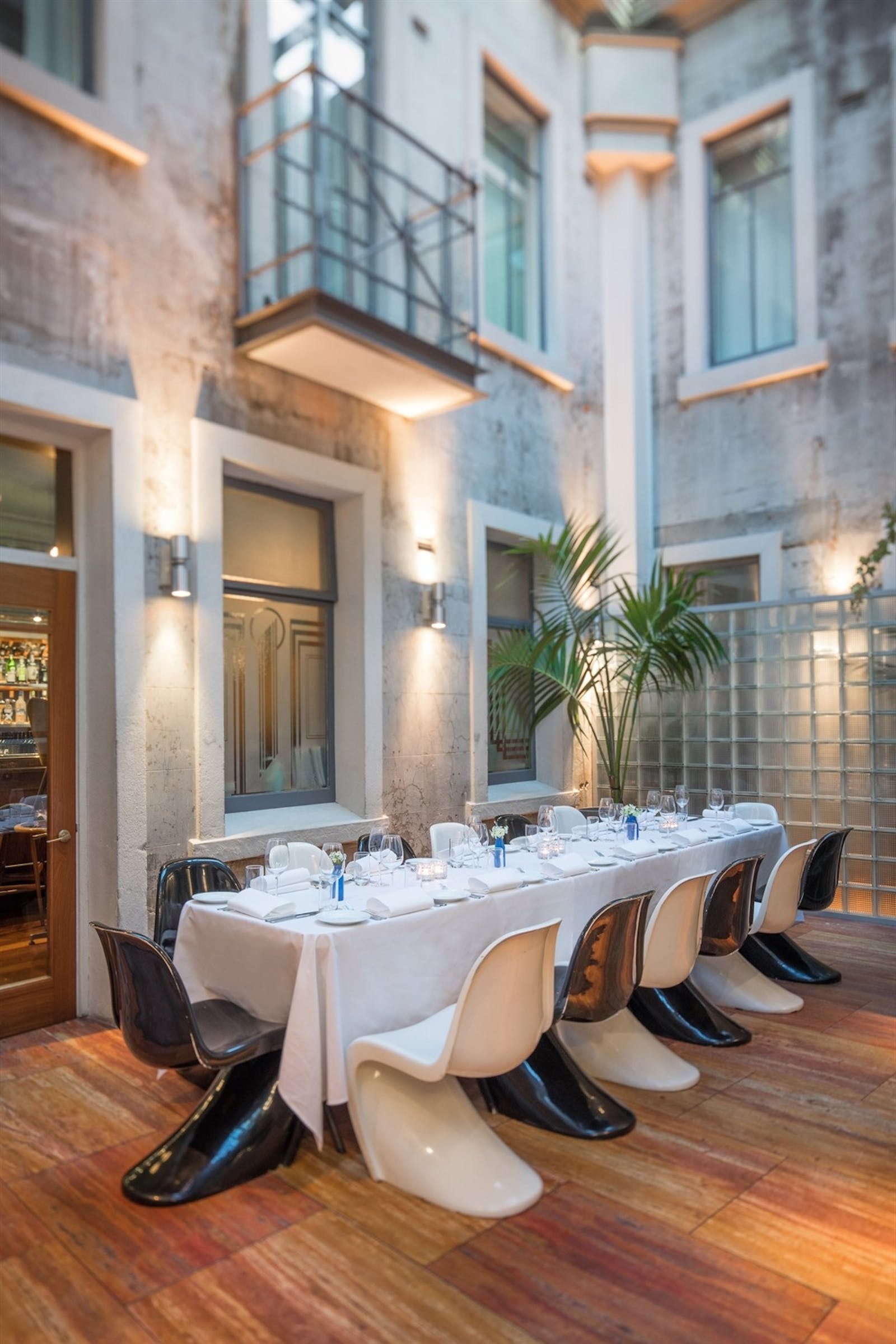