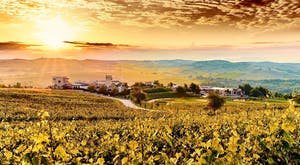 Things To Do In Bulgaria

Food and Drink in Bulgaria

Transfers & Getting Around Bulgaria