Sun-bleached stone buildings perch on the white cliffs along the coast of this infinitely attractive region. Bathe in the Aegean Sea and sample the unspoilt charm of Puglia.

After a three-hour flight from London, you'll find the region of Italy where the well healed are now flocking to experience a luxury Puglia holiday.

Located in the boot of Italy this southern region is a rare thing, a relatively undiscovered and unspoilt corner of Italy that despite having being settled by the Romans, Greeks, even the French and Turks has benefited from their influences but remains untamed.

Puglia produces almost half of all Italy's olive oil so it comes as no surprise that many of its stunning views include miles of olive groves. On a clear day in certain places, you can see across to Albania and you'll discover many delightfully pretty villages including Alberobello which has been declared a site of International Human Resource by UNESCO. 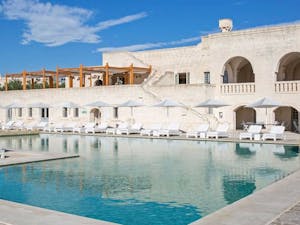 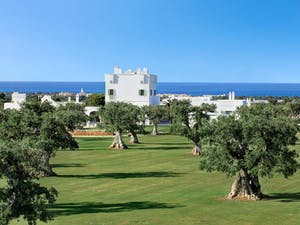