Sister train of the Venice Simplon-Orient-Express, the British Pullman, A Belmond Train is comprised of eleven historic Pullman carriages that were each built throughout the early 1920s and 1930s.

Once used to transport the royalty, visiting dignitaries and the British elite, each of the cars have been individually restored to their former glory.

This offers guests the chance to immerse themselves in the history and luxury of the early part of the last century while moving through the rolling hills of the Great British countryside.

Once you take a seat in your carriage at a two or four-person table, some of which are private, you will be treated to indulgent 5-star silver service. Sit back and let the expert team of white-gloved staff bring you fine dining with meticulously paired wines as you take in the scenery.

Each carriage is individually named and styled to reflect its history. Featuring ornate woodwork, hand-crafted paintings, plush upholstery and distinctive marquetry panelling. While Perseus and Pheonix feature mosaic bathroom flooring depicting mythical birds and Greek warriors, Minerva features Edwardian marquetry. Whichever carriage you are sat in, you are sure to be steeped in antiquity.

On offer are a vast range of unique themed day trips departing from London Victoria and selected locations around the UK, as well as a select few ‘Short Breaks’ to cities where you can choose to stay overnight. You, alongside no more than 225 other passengers, can join the British Pullman for day trips that range from luxury steam-hauled journeys to towns and events around the UK, to on-board experiences.

Memorable journeys can be made to many of the historic cities around the UK, including Bath, Canterbury, Cambridge and the Cotswolds villages as well as to famous events such as Goodwood, the Grand National and the RHS Chatsworth House Flower Show. Special events hosted on-board include dinners hosted by celebrity chefs such as Raymond Blanc or Michel Roux JR, as well as Christmas lunches, Valentines Day lunches and afternoon teas.

For something truly unique, why not join for the murder mystery tour? Over an exceptional fine-dining lunch on a vintage steam train, decipher clues to determine the culprit from a cast of suspects on board.

There are no accommodation carriages on board the train, however these trips can be combined with stays at Belmond Cadogan Hotel and Belmond Le Manoir Quat’Saisons and as part of the Belmond’s short breaks to Cornwall.

Food and drinks are served directly to your table by a team of expert staff. Dining options available depend on the journey type; each menu is carefully prepared on board using the freshest of ingredients sources from the British Isles and served on fine bone china emblazoned with the Pullman crest. Each meal is accompanied by four house wines, paired by the in-house Sommelier, served in bespoke Pullman crystal glasses.

Activities on each trip vary depending on the journey booked. 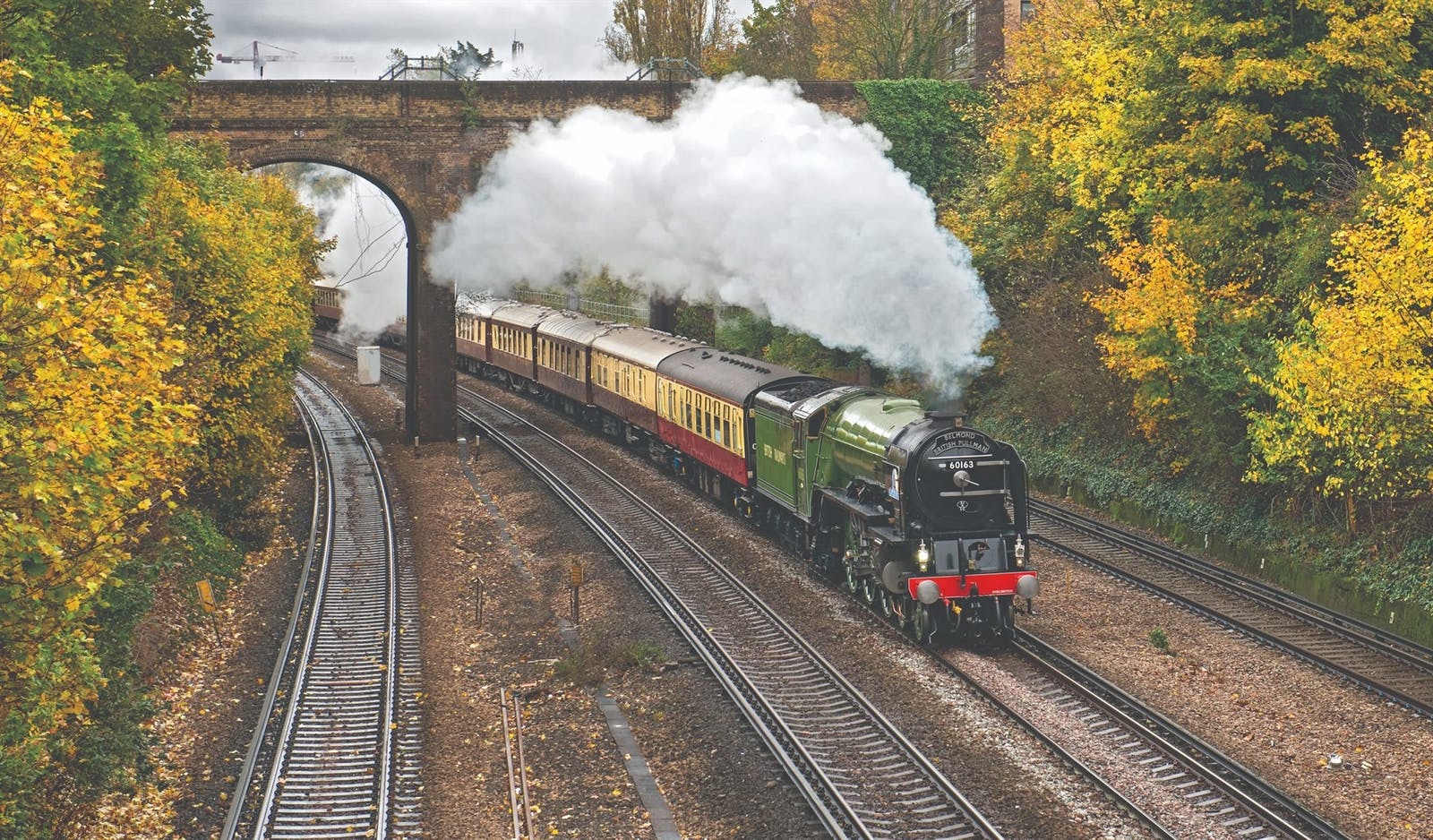 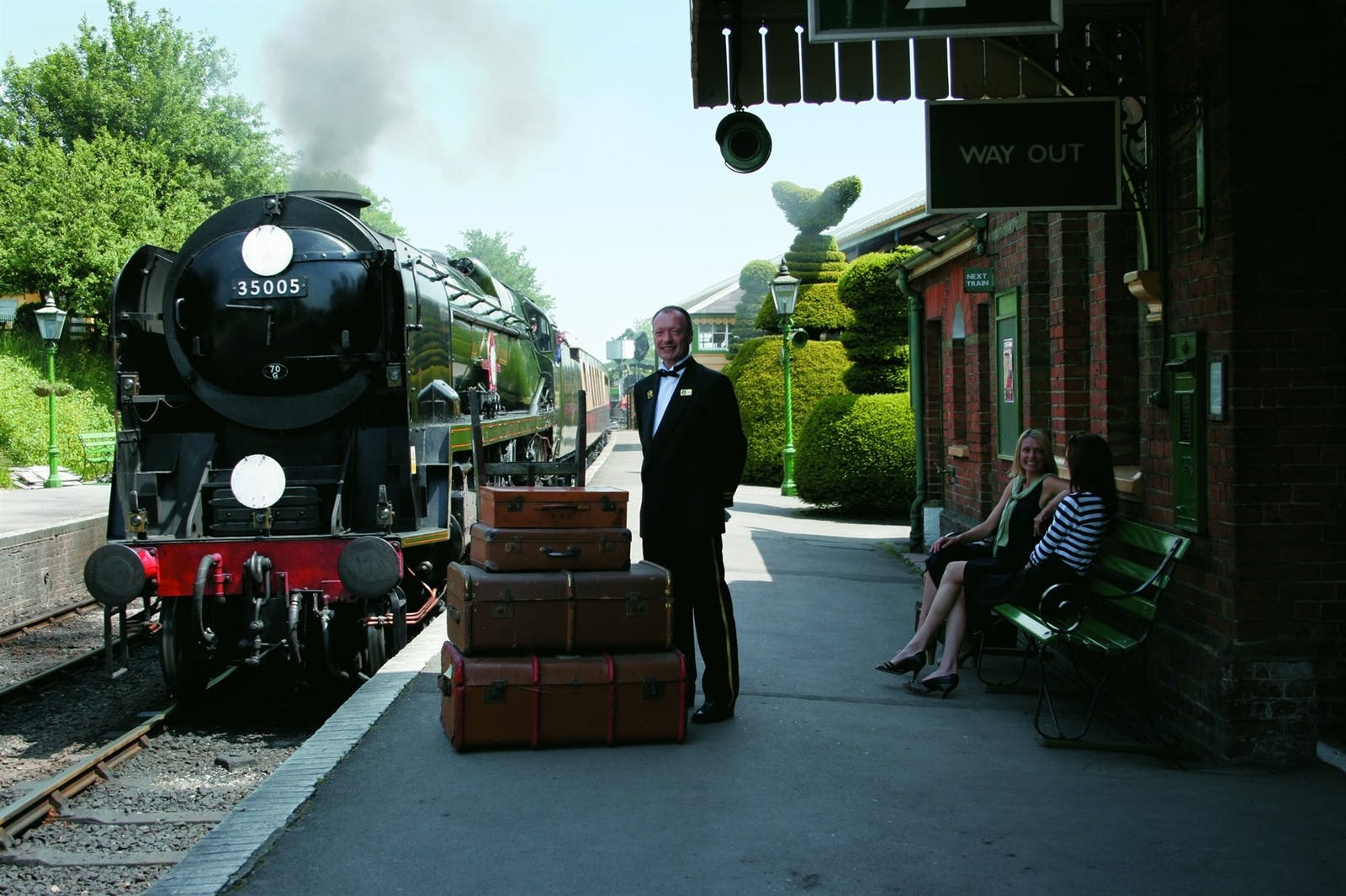 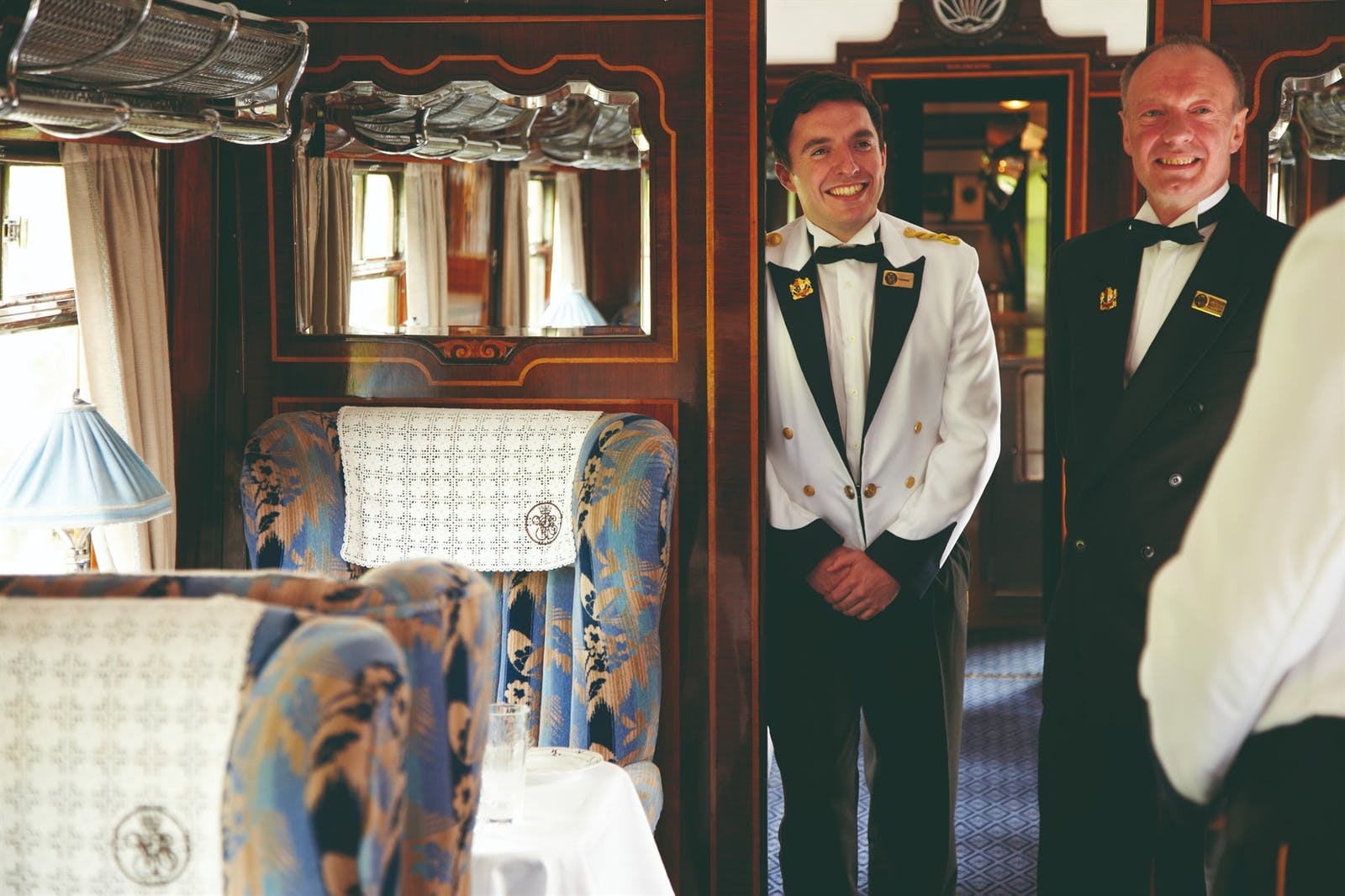 3/12 - On Board at British Pullman, A Belmond Train, England, UK 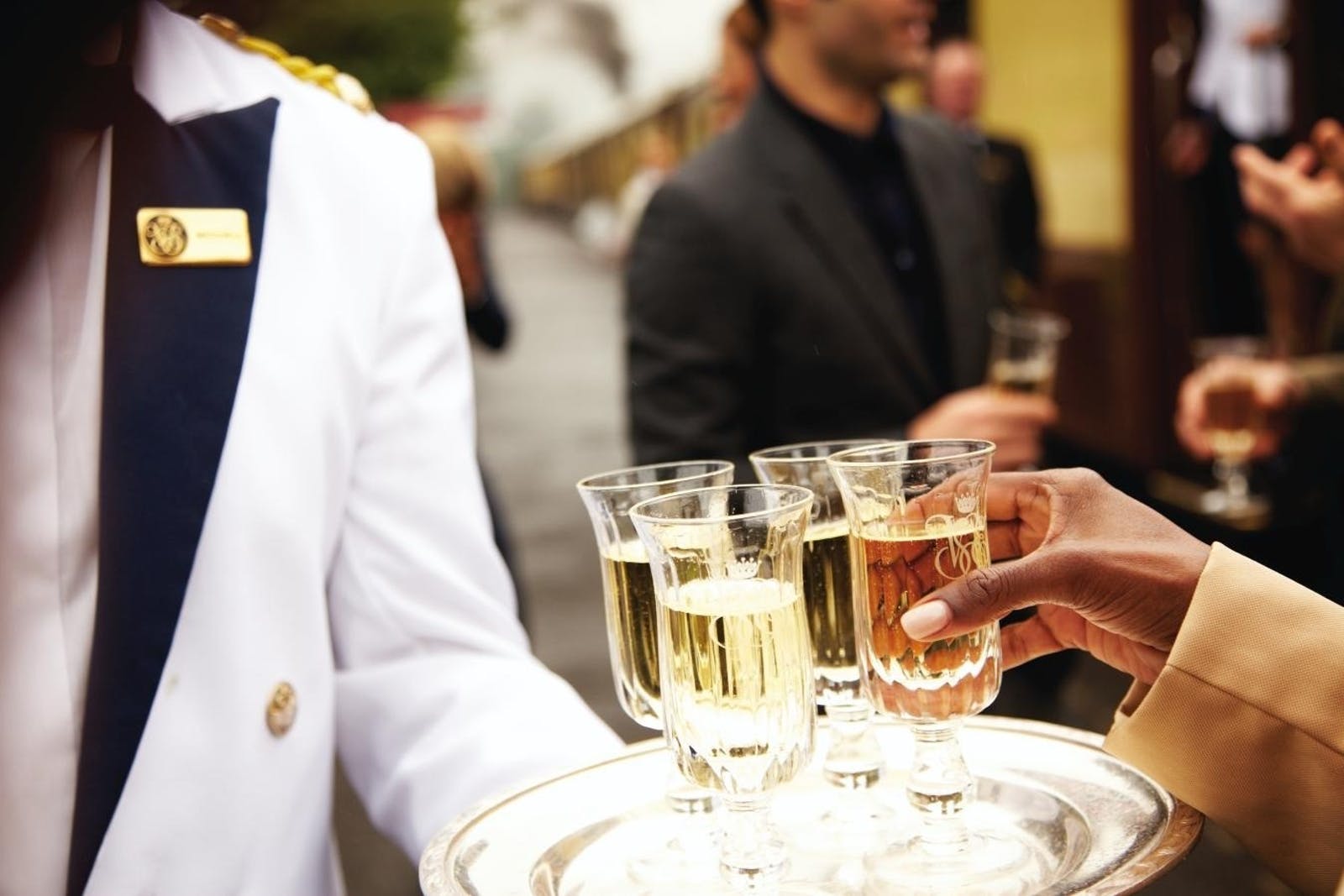 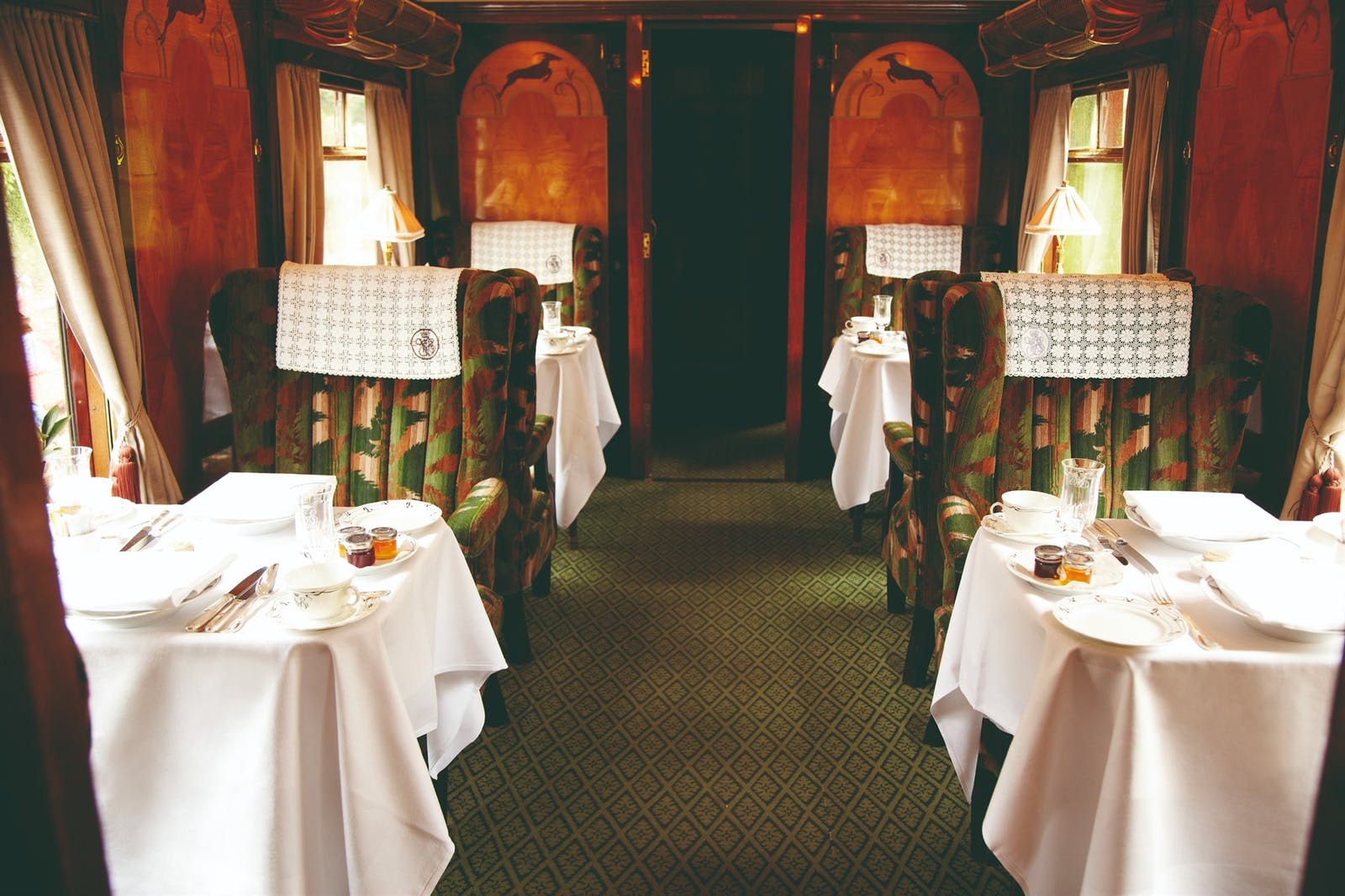 5/12 - Dining on board at British Pullman, A Belmond Train, England, UK 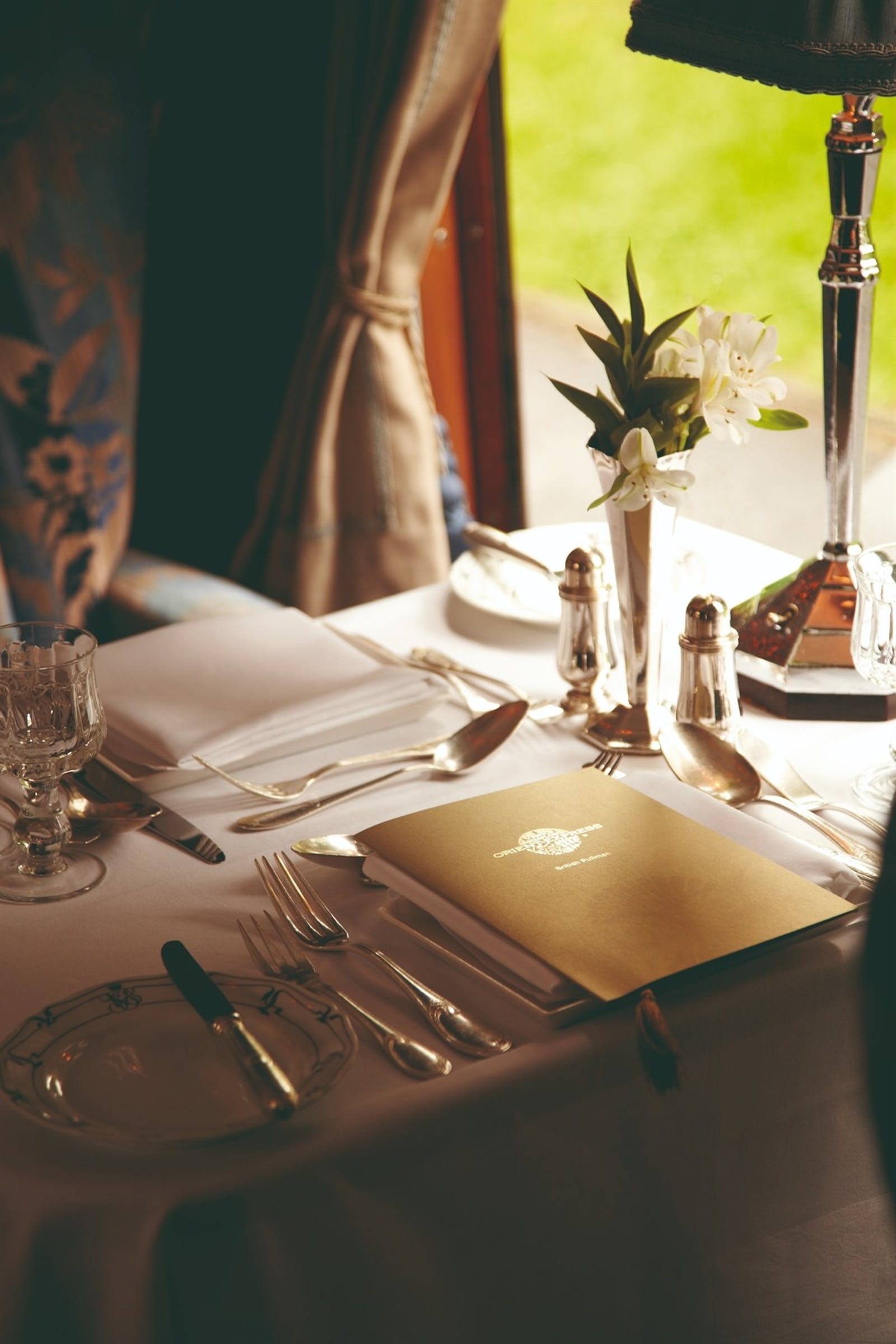 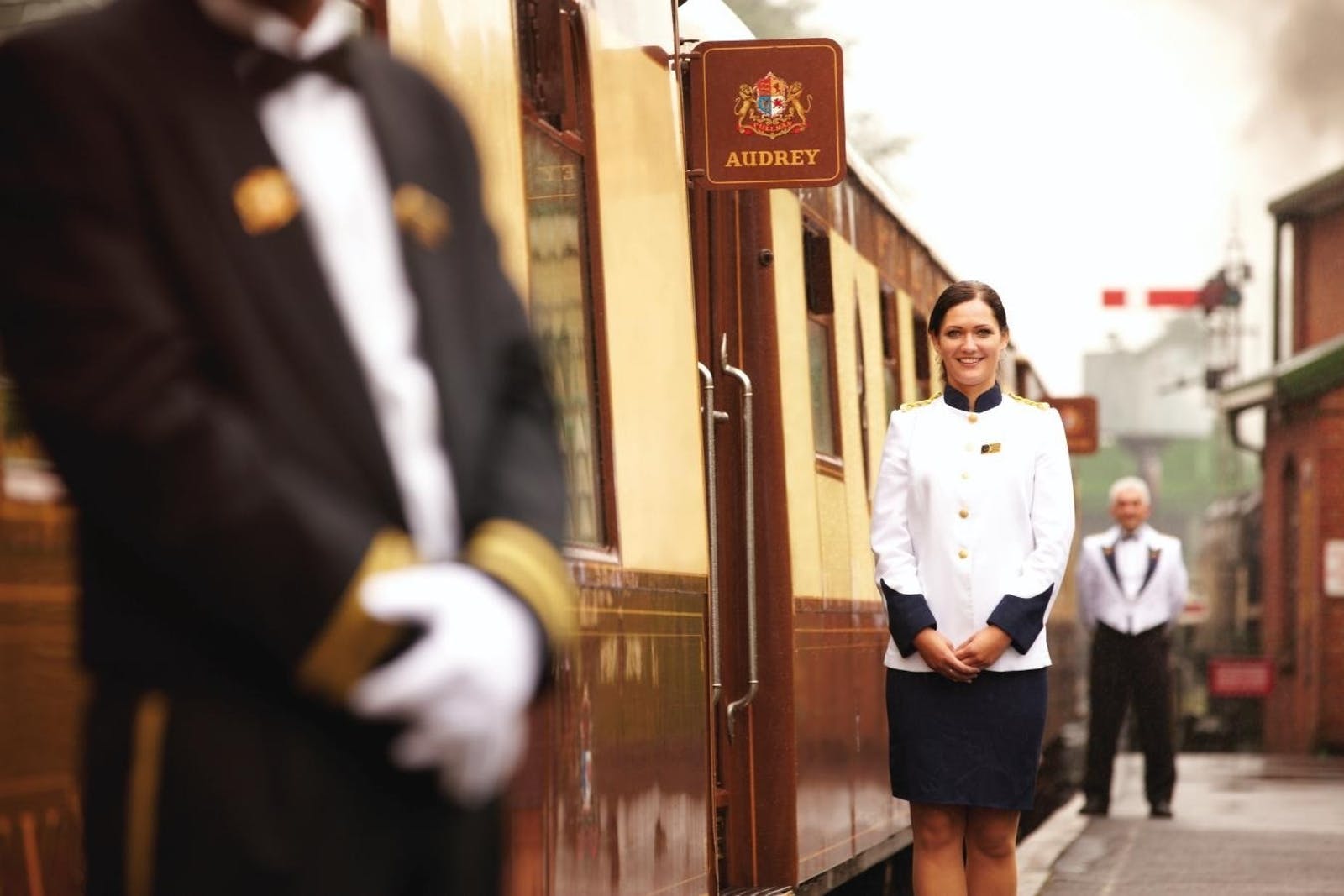 7/12 - On Board at British Pullman, A Belmond Train, England, UK 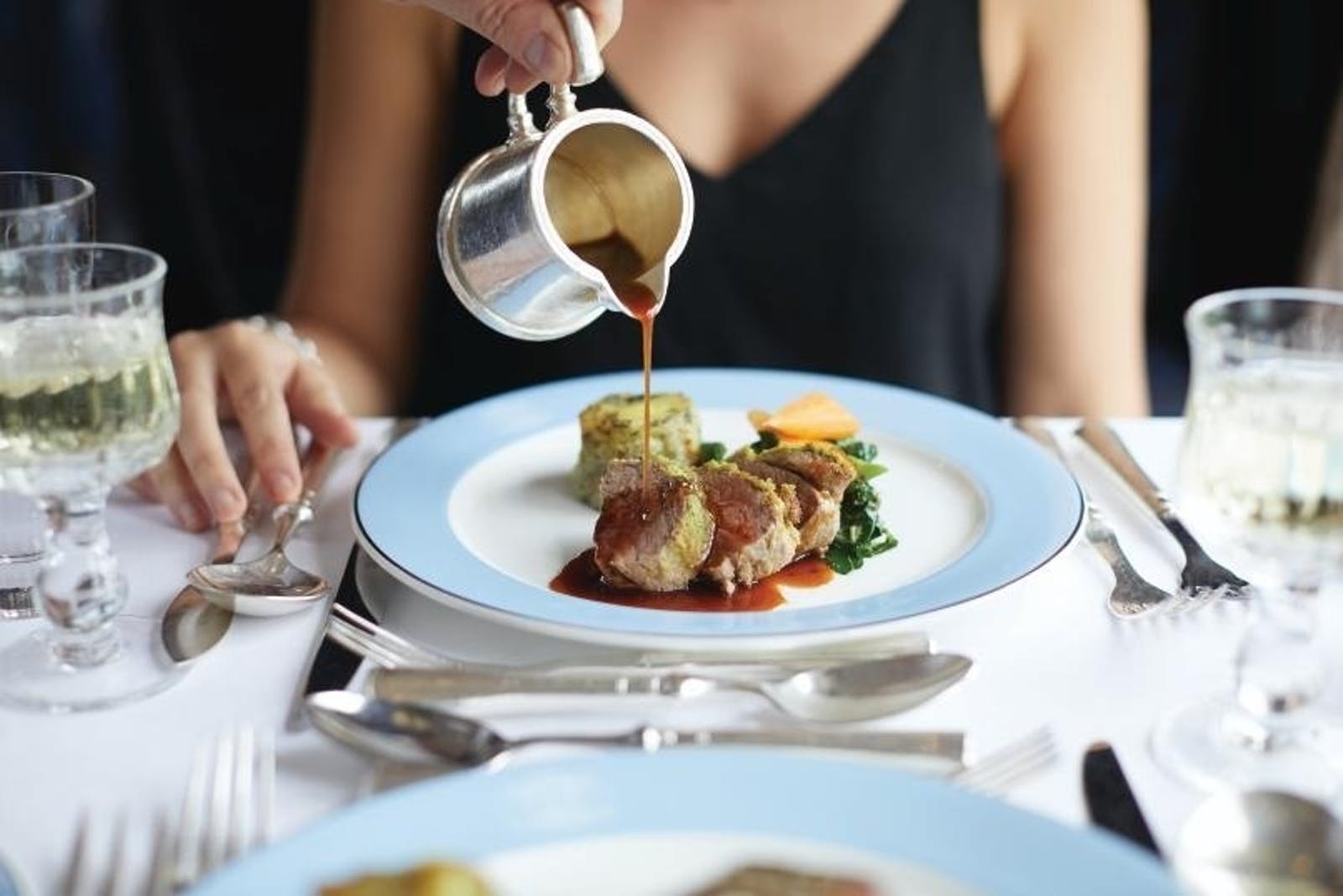 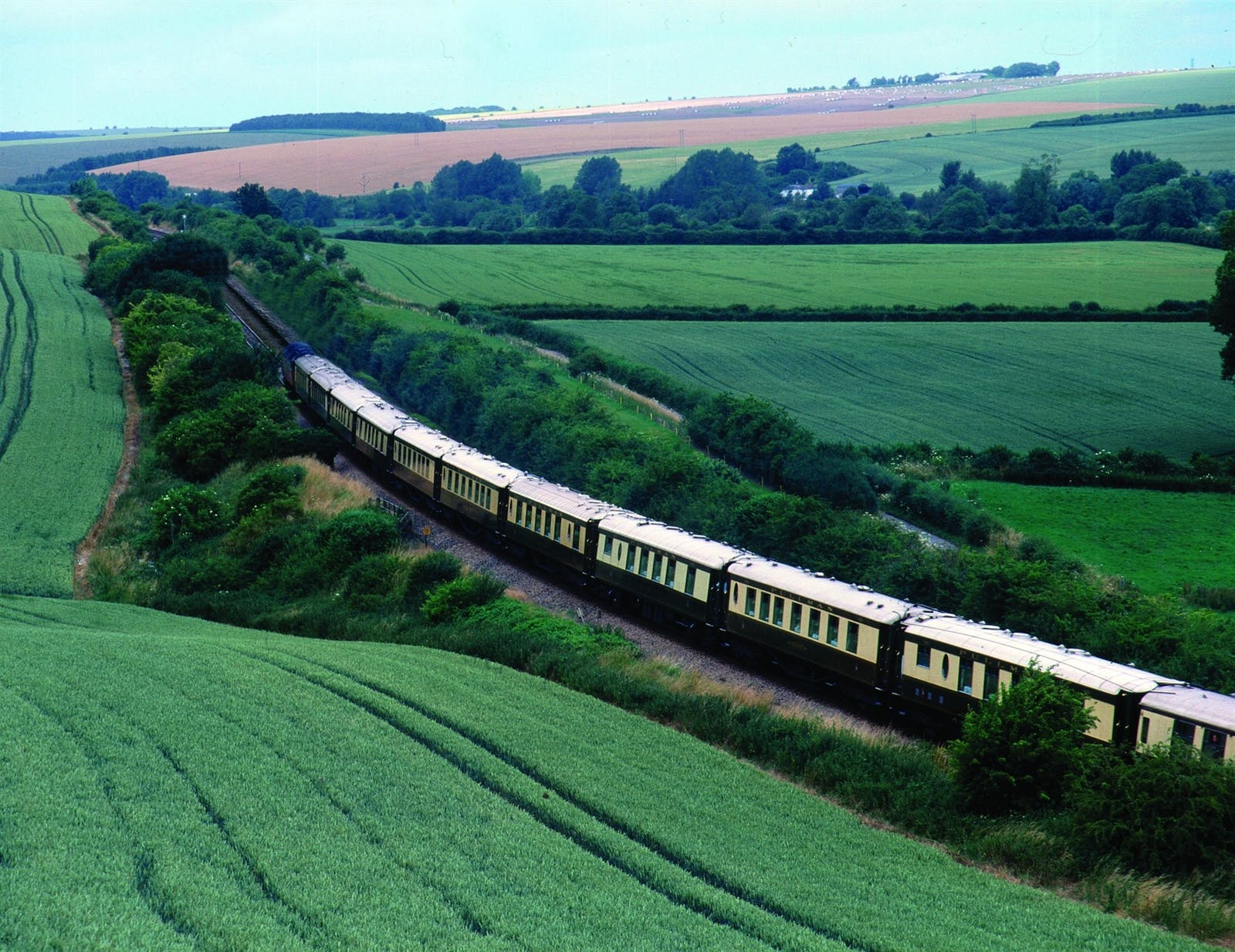 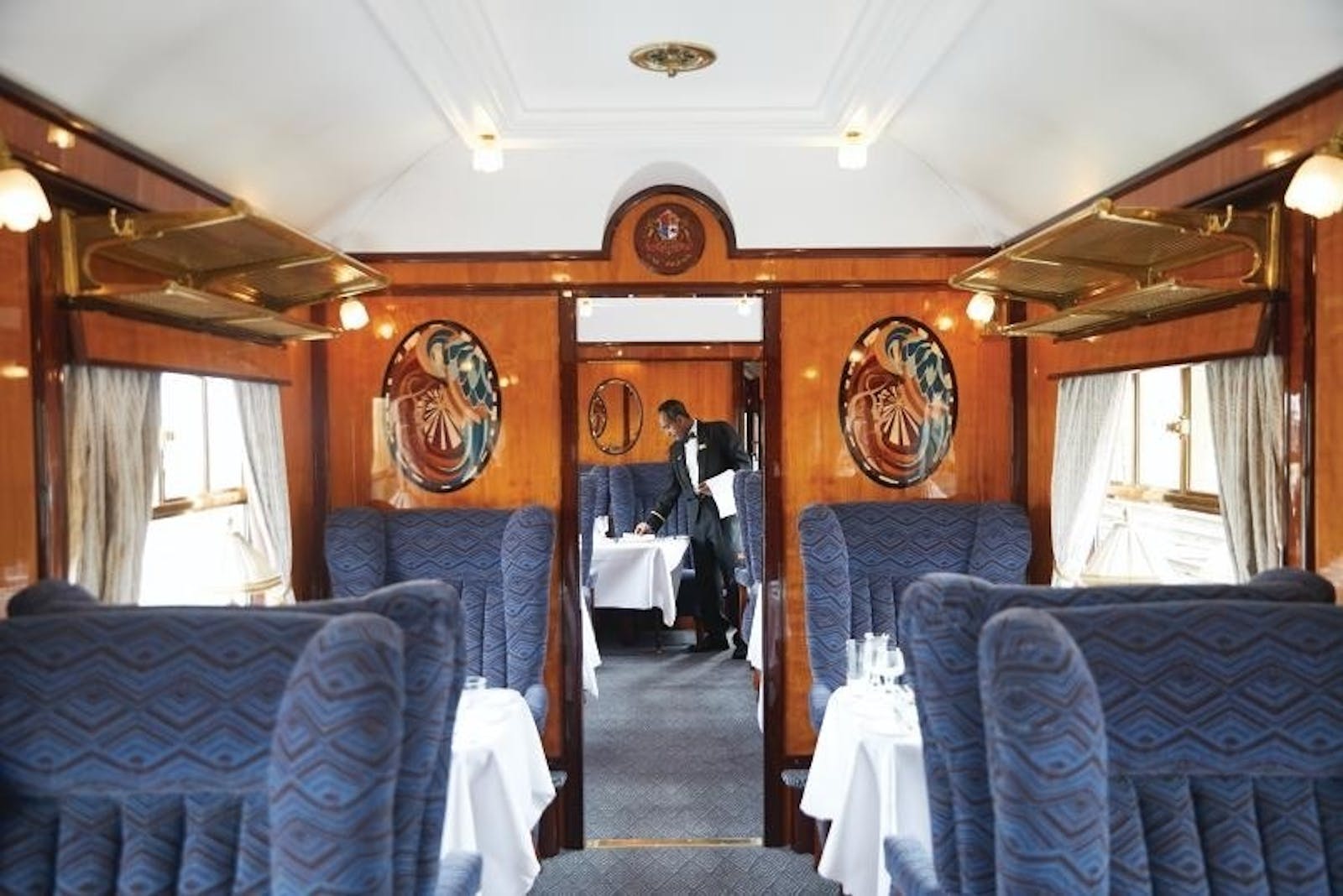 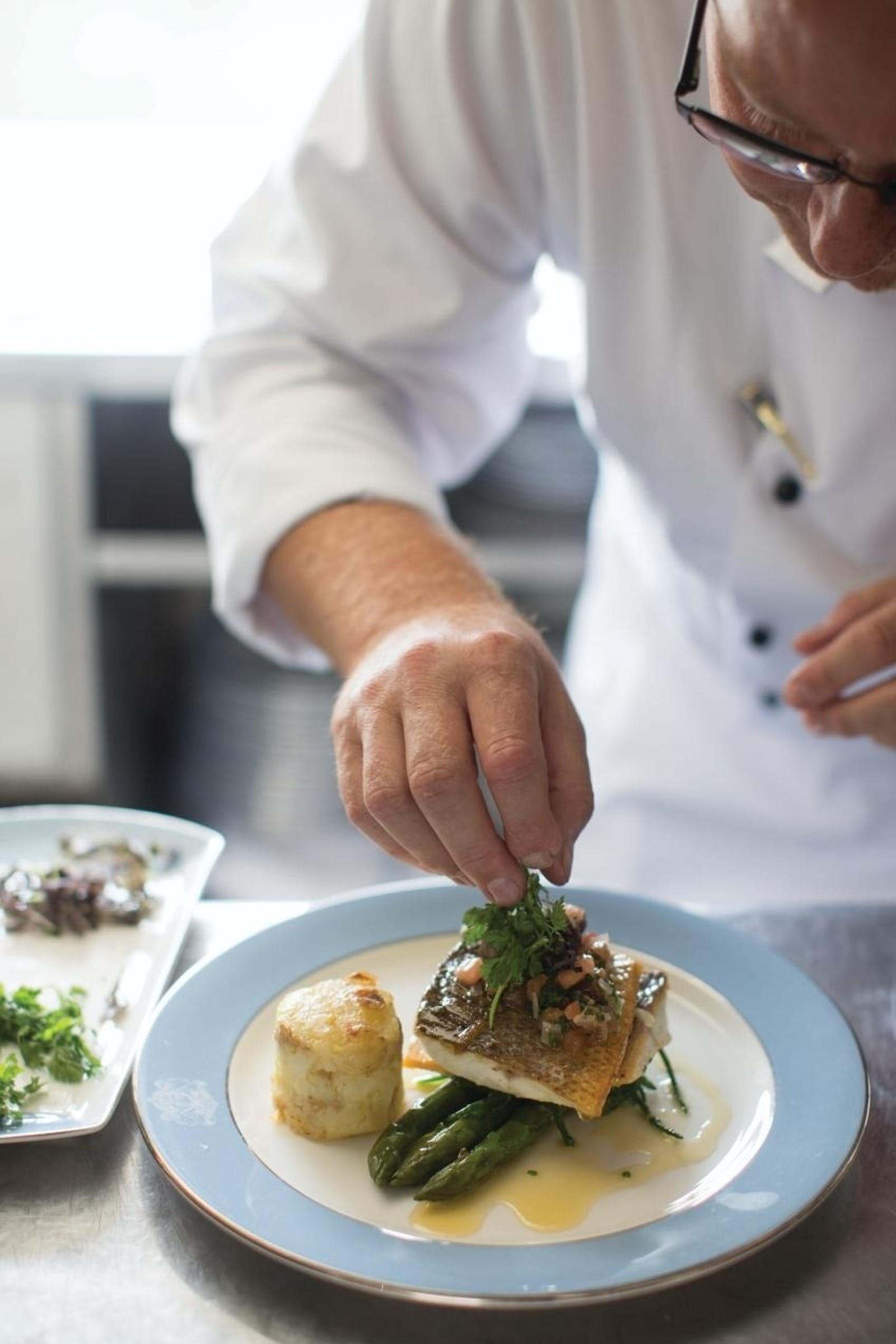 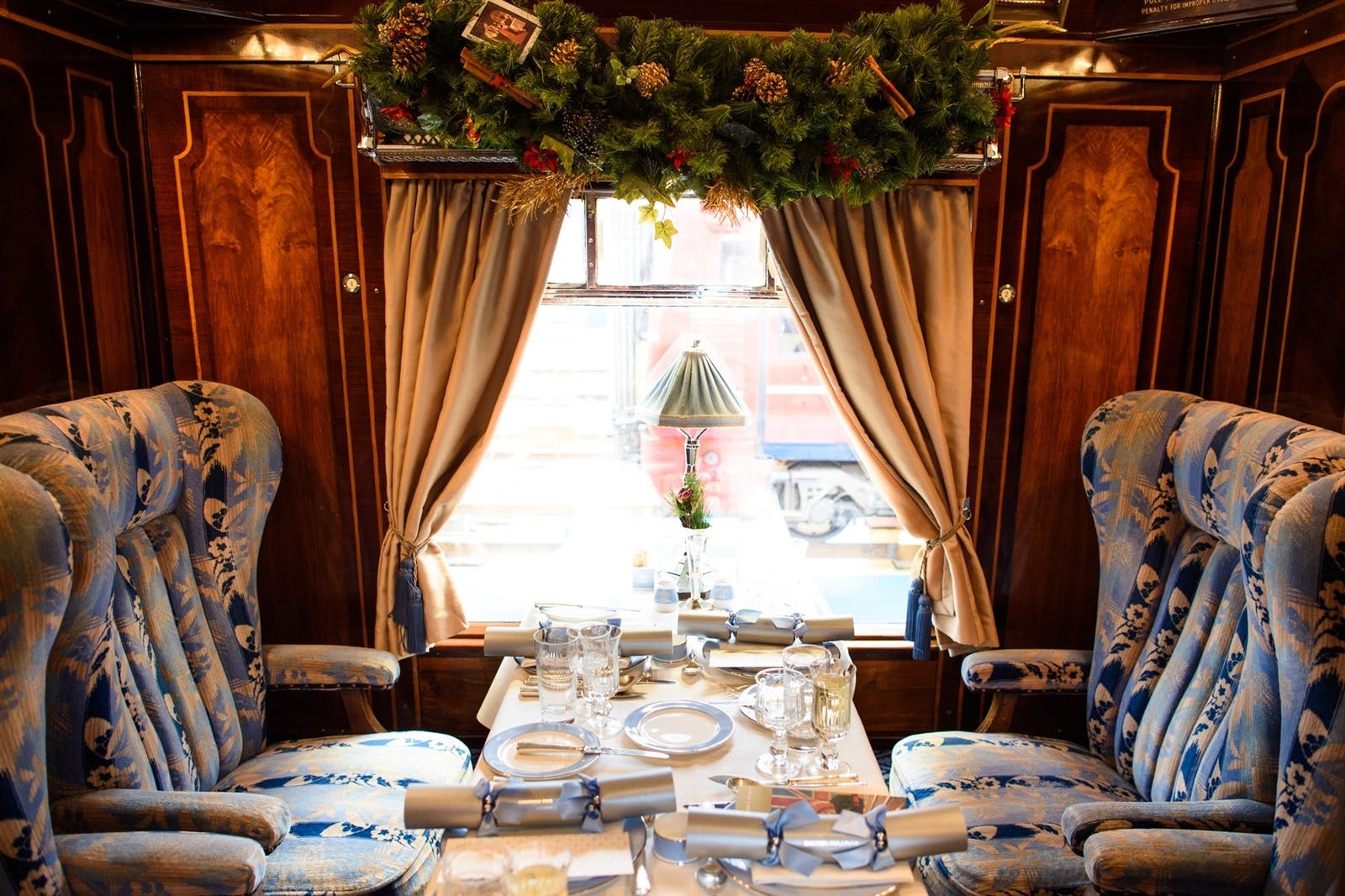