One of Canada's three prairie provinces and sandwiched between Saskatchewan and Ontario, Manitoba is at the longitudinal centre of North America. The province offers a wide variety of landscapes from prairies to mountains, placid lakes, whitewater rapids, boreal forests and arctic tundra.

Manitoba's capital city, Winnipeg is known as the 'Gateway of The West' and is a cultural oasis of museums, the arts and dining. It is also the gateway to wilderness adventures in the northern reaches of Manitoba on Hudson Bay.

The area known as North of 53 is Manitoba's largest region and is rich in heritage, natural wonders and wildlife including polar bears, beluga whales, caribou and arctic fox. Northern Lights are a natural phenomenon that can be witnessed in this area, the best viewing times are March to April and September to October. 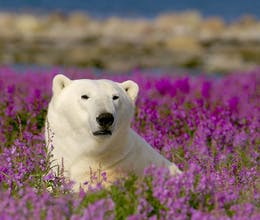 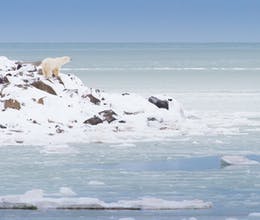