Off the eastern coast of Newfoundland, Fogo Island is home to around 2,300 people. ‘Fogo’ comes from the Portuguese for fire, and the island is thought to have been given its moniker when sailors passing across the Atlantic Ocean saw lights burning on the shore. Fogo Island is located on ‘Iceberg Alley’ – a passage of water between Greenland and Newfoundland that is renowned for its abundance of huge chunks of ice. Geologists from around the world flock to the island to marvel at the unique rock formations and imposing landscape, and there are plenty of hiking paths and walking trails on which to explore the terrain.

Islanders say there are seven seasons here, ranging from snowy winters and icy blasts to pleasant summers and berry season in the autumn. Each season brings its own activities and sights on Fogo Island; head to the shore and spot whales in the spring, hike or cycle around the island’s villages to enjoy the summer’s photogenic spread of flora, or jump on a snowmobile for an intrepid exploration during the harsh ice season. Wander past colourful houses and take in the island’s thriving artistic scene. 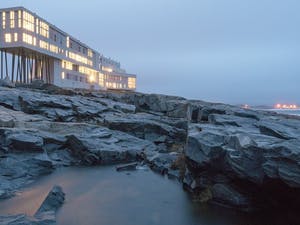 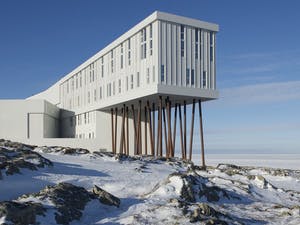 St John’s and Fogo Island Adventure
Itineraries from £2,899 per person 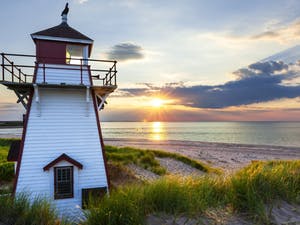