Experience the buzz and be enthralled by the fascinating history of Atlantic Canada’s largest city.

With a population of over 370,000, Halifax is the capital of Nova Scotia city and the largest in Atlantic Canada. It’s here that the region’s main international airport dwells, but as a destination it has much more to offer than just a place to rest your head before or after a plane journey.

Sitting on one of the world’s deepest harbours, Halifax has a strong connection to its maritime history, but the modern waterfront has plenty of contemporary buzz too. Stroll along the 10 city blocks of shops, restaurants and attractions to soak it all in.

There are plenty of museums and historic sites to choose from whilst staying here. Immerse yourself in the stories of over one million immigrants at the Canadian Museum of Immigration at Pier 21 or explore the exquisitely preserved Halifax Public Gardens, which hail from the Victorian era.

For a taste of the local tipple, head to one of the oldest working breweries on the North American continent, Alexander Keith’s Nova Scotia Brewery, or simply partake in one of the many pubs and restaurants in this charming harbour city. 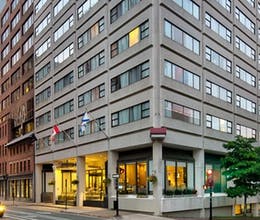 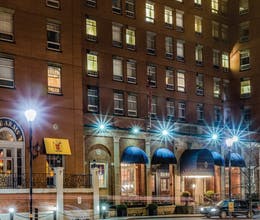 The Lord Nelson Hotel was originally built in 1928 and is a landmark building in the city of Halifax. There have been additions made to the hotel ove... 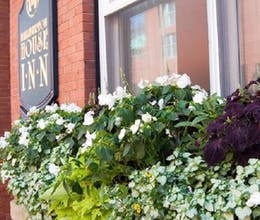 The boutique Halliburton Hotel in downtown Halifax offers an intimate setting and personal service that is often only found in a small privately owned... 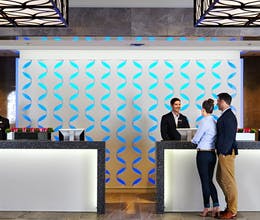 The Prince George Hotel is in the heart of downtown Halifax, Nova Scotia, with easy access to all of the city’s shopping, restaurants and attractions ...