The Lone Star state conjures images of cowboys, oil barons and Cadillacs. This is a wide open country and the second-biggest state in the USA. Sharing a border with Mexico, along the winding Rio Grande, has resulted in the Tex-Mex flavour of Southern Texas, while the beautiful Gulf coastline offers sandy beaches and year-round sunshine. This is where the Texas longhorn is ever-present and the western frontier atmosphere has never gone away.

For a city break in the big state, you’ve got plenty of choices. There’s Dallas, the live music capital of the world, with its links to the Kennedys and the Ewings and Austin. San Antonio will give you a taste of history at the Alamo and easy access to the nearby beaches.

Most of the ranches found in the south of Texas are in the area around Bandera, just 42 miles northwest of San Antonio. This area is often called the “Cowboy Capital of the World” in part because of its numerous dude ranches that first appeared in the 1920’s, several of which are still in operation today.

Live the true Texas cowboy experience in historic Fort Worth and the Dallas film set.

Take a tour of Billy Bob's, the largest Honky Tonk with a live bull riding arena and a history of country and western musicians displayed on the walls. Live as a cowboy at the nearby Wildcatter Guest Ranch and finish off your stay at Southfork Ranch, the filming location for ‘Dallas,’ the TV series.

To plan your ranch holiday in Texas, call our ranch specialists today for more information. 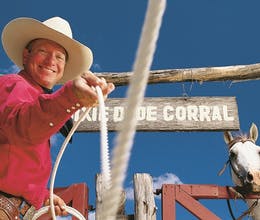 Situated on 725 acres close to Bandera and nestled in the Texas Hill Country, the Dixie Dude Ranch offers vistas of spectacular scenery, with plenty o... 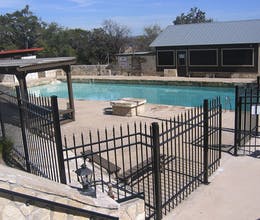