Be Inspired by our Incredible Antarctica Holidays and Book Your Once in a Lifetime Journey to the White Continent Today.

All of our holidays are tailor-made to your requirements by an expert Travel Specialist.
Enquire Now
Home Luxury Holidays South America Antarctica

The White Continent is often described as Earth’s ‘final frontier’, the last uninhabitable, inhospitable place on the planet where few are able to tread. Antarctica holidays are the ultimate trip for adventure seekers, wildlife lovers and fans of maritime history, taking you on a voyage to the ends of the Earth.

Most holidays to Antarctica begin in the Argentine city of Ushuaia; located in the southern reaches of Patagonia, it is the most southerly city in the world. It is from here that most cruises depart, heading across the infamous Drake Passage from Cape Horn to the iceberg-studded waters around the Antarctic Peninsula. Depending on the weather conditions you may encounter the ‘Drake Lake’, when the water appears mirror-smooth and calm, or the ‘Drake shake’; at the opposite end of the spectrum, this is the other side of the channel’s split personality, with towering waves and lashing rains. Whatever conditions you encounter on your Antarctica holidays – they won’t pose an issue to our expedition ships. Luxury cruise liners these are not: perfectly comfortable for weeks at sea, our ships have all the modern conveniences for your enjoyment, such as gyms, lounges and libraries, however, they are first and foremost ice-breakers, designed to withstand the harshest conditions the ocean can throw at them.

You can avoid the Drake Passage altogether, if you haven’t got sea legs or if time is of the essence. In season, charter flights depart from the Chilean city of Punta Arenas and land on King George Island in the South Shetland Islands some two hours later. Although expensive and occasionally liable to delays due to the harsh and changeable weather, flying to Antarctica not only allows travel to the coast, as with ships but also unlocks the vast interior, including the South Pole.

During Antarctica holidays you will stay on board your expedition ship, leaving the boat via Zodiacs – inflatable motor boats – on daily excursions, usually two or three a day. Onboard lectures will ensure that you have all the knowledge required to enjoy the excursions to the full, including camping on the Antarctic ice, kayaking around the coast and snowshoeing in the interior. During your trip you are likely to spot many species of penguin, including Adelie, chinstrap, emperor, Gentoo and king penguins, whales, fur seals, crabeaters and several species of bird; the petrel, albatross and skua are seen regularly. Expert guides on board the ships range from biologists to professional photographers, so you could learn about the wildlife one day, and perfect your framing of the bright blue glaciers the next.

As well as stunning landscapes and enthralling wildlife, holidays to Antarctica also explore the region’s fascinating history. Follow in the footsteps of polar explorer Ernest Shackleton to South Georgia, an almost-submerged continuation of the Andean mountain range. Barren shores and glacier-carved coves provide a dramatic first impression, home to vast and noisy colonies of seals and penguins. It’s possible to view the grave of Shackleton himself in Grytviken; the small settlement is also home to the remains of a Norwegian whaling station, where families once lived until its closure in 1966. You may also get to visit the Falkland Islands, one of the far-flung outposts of the British Empire. Here you’ll not only find red post and phone boxes, but also a quaint capital and some 70 species of wildlife.

The South Shetland Islands, just a few miles north of the Antarctic Peninsula, are the very last windswept scraps of land between the Antarctic Peninsula and Cape Horn. Many sheltered harbours and bays offer breeding land for Gentoo and Chinstrap penguins, and most of the animals have very little fear of humans; it’s a delight to sit and watch the animals go about their daily lives.

For first-hand inspiration on holidays to Antarctica and beyond, call our Travel Specialists for advice and booking information. 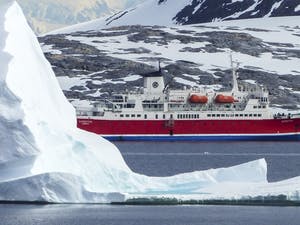 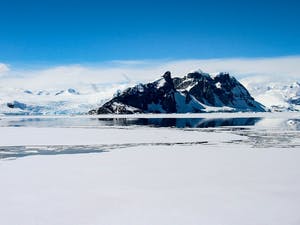 Antarctic Adventure
Itineraries from £7,095 per person