Costa Rica’s capital, San Jose, is a buzzing city and acts as the main gateway to the country.

New flight routes to the city have recently opened, making holidays to San Jose more accessible than ever before with direct flights from the UK with British Airways. Most holidays to Costa Rica include some time in the capital, and its neoclassical buildings and charming, faded grandeur offer a pleasant surprise. Also known as Chepe, the city can make a rather unremarkable first impression but give the city a chance to show off its historic neighbourhoods and fascinating museums and you might just fall in love.

We’d recommend a night or two in San Jose to get your bearings, but don’t let its concrete buildings and noisy traffic overshadow its many hidden treasures. Delve under the surface and you’ll discover colourful neighbourhoods like Barrio Amon, where the crumbling colonial mansions of years past have been converted into contemporary galleries, boutique guesthouses and Latin-flavoured restaurants.

Pick up exotic fruit and mingle with the locals at the farmers’ market, take a stroll around the enormous urban green space of Parque La Sabana – San Jose’s answer to Central Park – or perhaps a stroll around the gold, jade or natural history museums or the National Theatre. After dark, the city comes alive with percussive rhythms of marimba and a pulsing dance beat.

With cultural landmarks on its doorstep and a huge expanse of natural beauty, San Jose holidays visit a multi-dimensional city that’s ripe for exploring. 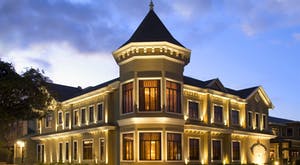 Situated on a quiet, tree-lined street just off the main thoroughfare of Paseo Colon, Hotel Grano de Oro is ideal for a short stay in the Costa Rican capital. A converted Victorian mansion, the building has been carefully restored to create a charming hotel with a host of historic features. Each of the rooms and suites is unique in design and layout, all containing wrought iron beds, period decor... 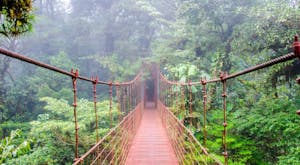 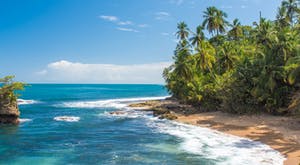