Ecuador and the Galapagos Itineraries

One of Latin America’s smallest countries, Ecuador makes up for its diminutive size with plenty of character. Sandwiched between Peru and Colombia on the Pacific Coast, Ecuador’s biodiversity extends to diverse microclimates such as volcanoes, jungle, verdant highlands and the wildlife-rich archipelago of the Galapagos Islands.

Ecuador’s mainland is split between three distinct regions: the Andean highlands (the Sierra) running down the spine, the Amazon rainforest (the Oriente) to the East and the Pacific coastal area (La Costa) to the West. Ecuador is a great year-round holiday destination; due to its proximity to the Equator, there is little temperature variation. The only notable seasonal variation is that of the rainy season; more evidently in the highlands from October through to May. The highlands usually offer a fresher, cool temperate climate whereas the coast can be sultrily humid, with dense mists clinging to the cliffs, similar to the trees of the Amazon.

Ecuador’s capital, Quito, is the second-highest capital city in the world (after La Paz, Bolivia), set at an altitude of 2,850 metres on the side of an active volcano. Surprisingly green, Quito is ringed by soaring mountain peaks often concealed from view by dense afternoon mists. On a clear day spot the snow-capped cone of Cotopaxi, one of the Andes highest volcanoes, from a variety of viewpoints around the city. Though modern tower blocks, concrete suburbs and tangled traffic show Quito’s contemporary side, the city has a firm grasp on its traditional past, with markets, healers, hat makers and food stalls emphasising Ecuadorian Sierra culture.

Outside of the capital, the most popular destination for Ecuador holidays is the wildlife haven of the Galapagos Islands. Known as ‘Darwin’s living laboratory’ thanks to the naturalist’s extensive research here, the islands are home to many endemic species, some found only in the archipelago. Because the human footprint is kept to a minimum, it’s possible to swim with Galapagos penguins, sea lions and seals, and get tantalisingly close to the islands’ giant tortoises.

Mainland Ecuador has plenty to see too, from colonial towns to the incredible Avenue of Volcanoes, where rugged cones graze the clouds. The best way to see the interior is on a train journey through the spectacular Andes, cloud forest and jungle. Tren Crucero is such a journey, a four-day expedition through the country’s most incredible landscapes.

For first-hand inspiration and travel advice on holidays to Ecuador, call our Travel Specialists today. 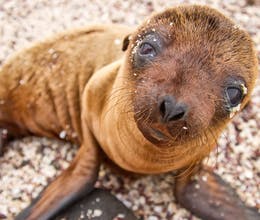 Galapagos Discovery
Galapagos
Guayaquil
Quito
Shadowed by the famous Pichincha Volcano, framed by mountain peaks and sitting in a narrow valley, Quito comes as a welcome introduction on arrival to...
8 nights from £4,095 per person
Enquire Now View Itinerary 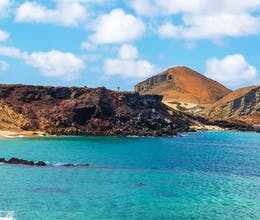 Ecuador and Galapagos in Style
Galapagos
Guayaquil
Quito
Northern Ecuador
This tour combines Ecuadorian culture with the unique wildlife of the Galapagos archipelago. Your adventure will start in Quito; dramatically situate...
14 nights from £7,150 per person
Enquire Now View Itinerary