For an inspirational luxury holiday, discover South and Central America, where traditional and dramatic landscapes offer a myriad of tour options.

South and Central America offers a vibrant patchwork for travellers to explore. This colourful, vast continent is rich in culture and heritage, dating from ancient civilisations to modern cities laden in history.

As for natural beauty, there are few areas of the world that can compare. In Costa Rica, you’ll find tropical beaches and bejewelled jungles. In Peru, admire the archaeological wonders. In Chile, the staggering Patagonian glaciers create a stunning backdrop.

With our luxury tailor-made holidays in Latin America, our Travel Specialists use their expertise to create your own bespoke trip. Whatever you want to see or do, we’ll take care of it for you, finding the most incredible hotels and experiences, just for you. 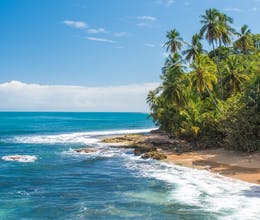 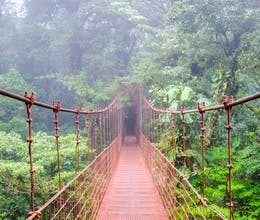 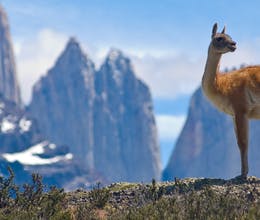 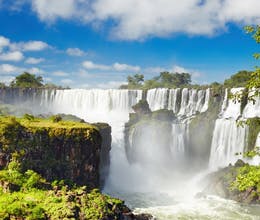 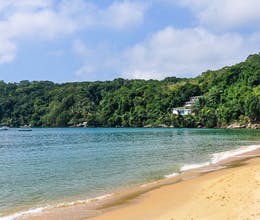 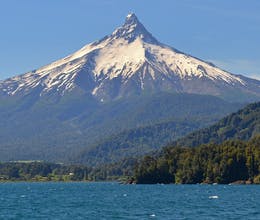 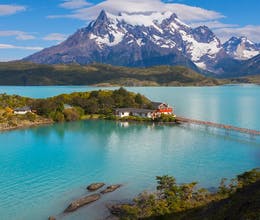 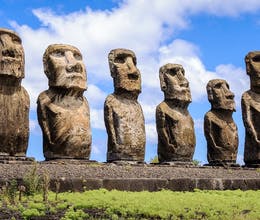 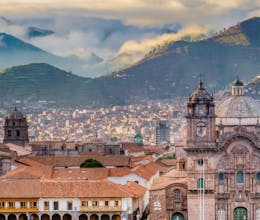 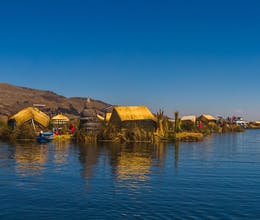 From the Andean landscapes of South America, to the lush rainforests and Caribbean sands of Central America, there's so much to discover on a luxury holiday to this vast continent. Explore ancient ruins, sprawling deserts and towering mountains, all while being immersed in culture and history.

Luxury holidays to South America and Central America offer the perfect opportunity to branch out on an adventure. Take a look at some of our top recommendations for your travel plans.

The Inca Trail and Sacred Valley

One of the most famous hiking trails in the world, the Inca Trail is a bucket list experience for many visitors to Peru. This ancient route was laid by the Inca civilisation, taking you from the Sacred Valley, through snowy mountains, cloud forests and staggering cliff edges, to Machu Picchu. The longest Inca Trail route takes four days to complete, though shortened routes are also available.

When you travel to South America, you’re bound to see some amazing wildlife. But, for a true wildlife holiday, an expedition cruise to the Galapagos Islands is essential. There is literally nowhere else in the world like these islands of Ecuador, some of which have barely changed in millions of years. The giant tortoises are often the headliners, but the array of curious animals and birds won’t fail to intrigue you.

Among the most iconic landmarks of a South American holiday is Costa Rica’s Arenal Volcano. A stunning sight, this active volcano once erupted over 40 times a day, creating an incredible landscape. Today, you can hike the rainforest, crossing the hanging bridges to spot waterfalls, hot springs and colourful wildlife, or kayak across the lake. Brave travellers can even zipline across the forest canopy.

Describing Torres des Paine National Park in Chile’s Patagonia as ‘jaw-dropping’ would be anything but an exaggeration. The dramatic mountain landscape is capped with snow, while towering glaciers and rock formations are prime for adventure holidays. Offering a wonderful opportunity for hiking, its sheer vastness means some areas are best explored on horseback, kayak, or mountain bike.

For many travellers who embark on a luxury holiday to Latin America, learning more about the fascinating ancient civilisations who once lived there is high on their list of things to do. The Maya, Inca, Olmec and Aztec people all built impressive cities here, many of which can still be seen today.

Perhaps the most famous landmark in Peru, Machu Picchu’s complex citadel reveals some of the most fascinating secrets of the Incas. Its construction is a true feat, with over 150 buildings such as bath houses, temples and sanctuaries lining the mountain.

For those who want to see it, a visit to Easter Island can easily be arranged during a luxury tailor-made holiday to South America. Lying off the coast of Chile, this uninhabited island is shrouded in mystery. Its main draw is over 1,000 huge, monolithic ancient Moai statues carved from volcanic rock.

The gateway to Machu Picchu and the Inca’s capital city, Cuzco is packed with history and culture. Later influenced by Spanish colonies, you could spend enough time admiring the streets and alpaca wool in shop windows. But, nearby Sacsayhuaman and the Korichana Temple will tempt your with more tales from the Inca’s fascinating past.

If you’re thinking of travelling to Belize in Central America, make sure you visit the remains of Caracol in the Cayo district. This ancient Mayan archaeological site features an impressive pyramid nestled in the rainforest at the foothills of the Maya Mountains. Join an expert guide to learn how people lived here thousands of years ago.

The stunning Andean landscapes of South America and the lush interior of Central America are beautifully diverse. Each area offers a different exciting world to explore.

The biggest rainforest in the world can be found in South America, the Amazon Rainforest. Spanning from Brazil into Peru and Colombia, it’s one of the most diverse natural habitats on Earth. Costa Rica, meanwhile, is known for its incredible Monteverde Cloud Forest. Journey through them and you’ll spot colourful wildlife, from rainbow-coloured frogs to sloths, jaguars and the beloved resplendent quetzal.

On your luxury holidays to South America, it’s highly recommended to see the astounding Iguazu Falls. Lying on the border between Brazil and Argentina, it’s the largest waterfall in the world, spanning almost 3km in width, with around 275 separate cascades. There are numerous viewing platforms and trails to see it in all its glory.

In contrast to the lush rainforests and cascading waterfalls, you’ll also find sprawling deserts when you explore Central and South America. Perhaps the most famous is the Atacama Desert in Chile. While it’s the driest desert on Earth, its otherworldly landscape will surprise you with geysers, geothermal pools and sparkling blue lagoons. With clear, dark skies and a world-famous observatory, it’s also a fantastic stargazing site.

The Andes region, which includes Peru, Chile, Ecuador and Argentina among other countries, has a unique and colourful culture with beautiful traditions. Soft alpaca wool is crafted into colourful weaved textiles, while elaborate ceramics and jewellery are also handmade. Local markets are the perfect place to admire them.

Lake Titicaca is wonderful for learning more about indigenous cultures. Early Andeans believed the lake was the birthplace of the sun, while today it boasts the claim of being the world’s highest navigable lake.

Rio de Janeiro is perhaps South America’s most famous city, with its colourful carnivals and Christ the Redeemer statue. But, don’t let this distract you from the other fascinating stops. Chile’s capital, Santiago, is beautiful, with incredible colonial architecture at Plaza de Armas and the Andean Peaks making a stunning backdrop.

Peru’s capital of Lima is equally charming, while also often being considered the gastronomic capital of South America – sample the Ceviche see why. Ecuador’s capital, Quito, meanwhile is built on ancient Incan foundations in the Andean foothills. With European and Moorish influences, there are numerous ornate buildings to admire.