12 nights from £6,805 per person
Best time to travel June
Trustpilot
01244 435 806
All of our holidays are tailor-made to your requirements by an expert Travel Specialist
Enquire Now Video Consultation

On this 12-day tour, you will travel around Honshu, Japan’s main island. The trip starts in Tokyo’s fast-paced metropolis where culture and history contrast with the new modern Japan. Head to the Izu Peninsula, a beautiful seaside region where even the Japanese Imperial family spend time in the summer. After a relaxing time here, visit the ancient former capital of Japan, Kyoto.

Kyoto is home to over 2,000 religious buildings including 1,600 Buddhist temples and 400 Shinto shrines as well as palaces, gardens and associated architecture. It is one of the best-preserved cities in Japan. It also has 17 UNESCO World Heritage sites.

The picturesque and peaceful canal town of Kurashiki is found in the Okayama prefecture, not far from Okayama City. The name Kurashiki roughly translates as “town storehouses” and many of the former storehouses have been converted into museums, boutiques, and cafes.

Head to Hiroshima to discover more about its efforts in promoting world peace. 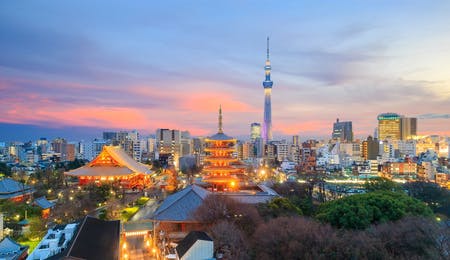 On arrival at Tokyo, you will be met and transferred to your hotel. The rest of the day is yours to enjoy at leisure. Perhaps wander out to get your first experience of Tokyo, as there are many wonderful restaurants to choose from for some traditional Japanese cuisine.
Day 2  Tokyo
Tokyo 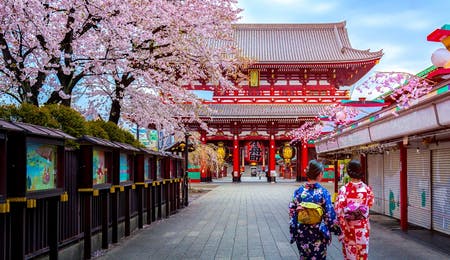 Start your day with a trip to Asakusa where you can soak in the atmosphere of old Tokyo. Visit Sensoji, Japan’s oldest temple and wander down Nakamise, a street that offers temple visitors traditional, local snacks and souvenirs. Travel down the Sumidagawa River on Tokyo’s Water Bus, arriving at Hamarikyu Garden and the surrounding futuristic Shiodome district. Visit Meiji Shrine and end the day with a walk down the sparkly Omotesando shopping street.
Day 3  Tokyo
Tokyo 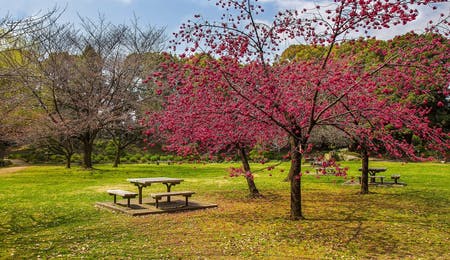 Leisure day. We would recommend either a guided stroll in the beautiful Kiyosumi Teien Gardens which date back to 1721, followed by a visit to the Fukagawa Fudo-do Temple to witness a goma-kito ceremony involving Buddhist priests, fire and taiko drums, or visit the Bonsai Museum in Omiya. Learn about the painstaking care required to grow these these diminutive trees, and create your own bonsai masterpiece too.
Day 4  Tokyo – Izu Peninsula 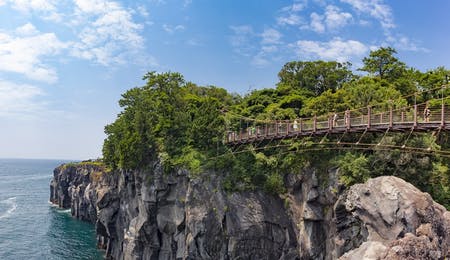 Make your way to Tokyo station where you will catch a limited express train to the picturesque Izu region and enjoy some dramatic coastal scenery along the way. You should reach Izu-Kogen station in a little over two hours. Upon arrival, you will be transferred to your hotel. Izu Peninsula is an eclectic mix of seaside resorts, traditional hot springs and awe-inspiring rugged coastlines.
Day 5  Izu Peninsula - Kyoto
Kyoto 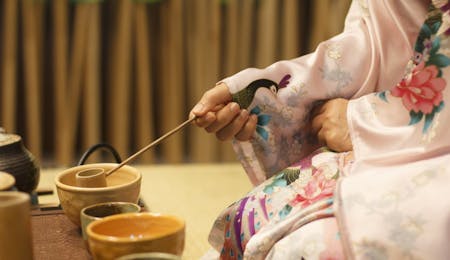 Today you will take the train to Odawara. From there you will take the Bullet train to Kyoto, with a total journey time of around three hours. (We recommend upgrading to Green (premium) class). Keep an eye out of the right side of the train for views of Mount Fuji! This afternoon you will experience a traditional Japanese tea ceremony with a professional instructor.
Staying at  Kyoto Tokyu Hotel 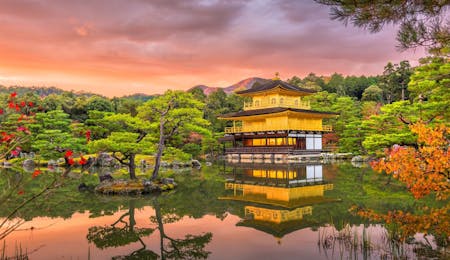 Start your exploration of the former imperial capital at Kinkakuji Temple, whose top two floors are completely covered in gold leaf. Continue to Nijo Castle, an ornamental castle famous for its ‘chirping’ nightingale floors. Walk through Nishiki Market; a foodie heaven with more than 100 food related shops and restaurants. Visit either Kiyomizu Temple, with its amazing views over Kyoto, or Sanjusangendo Temple, famous for its 1001 statues of Kannon.
Staying at  Kyoto Tokyu Hotel
Day 7  Nara 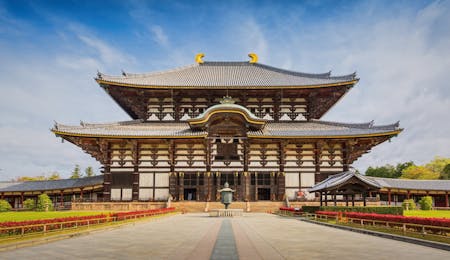 Take a train to Nara (45 minutes), Japan’s capital during the 8th century, and explore Todaiji Temple, one of Japan’s most famous and historically significant temples, home to one of Japan’s largest bronze Buddha statues. Visit Kasuga Taisha, Nara’s most celebrated shrine, famous for its hundreds of bronze lanterns donated by worshippers. End the day with a wander through Deer Park, known for the 1,000 tame deer living there.
Staying at  Kyoto Tokyu Hotel
Day 8  Kyoto - Okayama 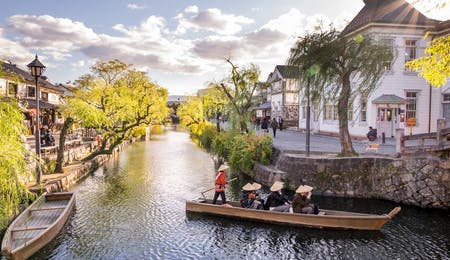 After an hours Bullet train ride to Okayama, take a quick 15-minute train journey to Kurashiki. You can admire the nostalgic scenery of white-walled storehouses together with narrow stone-paved streets. The buildings down the side streets have been repaired and remodelled and are now used as galleries and coffee and souvenir shops, blending old Japan and modern western styles. Pay a visit to Ohara Museum famous, for its art collection.
Day 9  Okayama – Hiroshima
Hiroshima 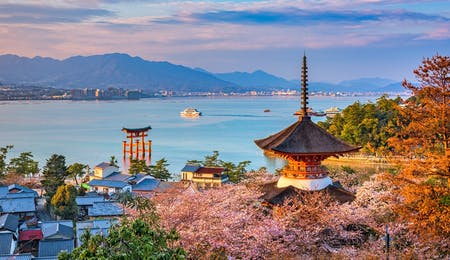 Take the Bullet train to Hiroshima. The journey is around one hour, and we recommend upgrading to Green (premium) class. The rest of the day is yours at leisure to explore the scenic city of Hiroshima.
Staying at  Sheraton Grand Hiroshima Hotel 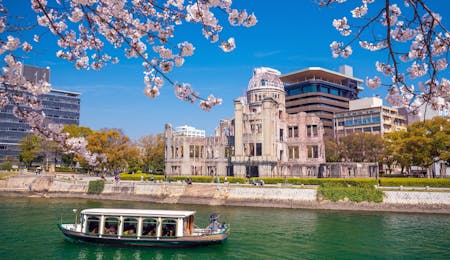 This morning visit Peace Memorial Park and the area which was ground zero for the Atomic bomb of 1945. Stroll through the park and discover the many memorials, monuments and statues there before heading to the Peace Memorial Museum. Take a short ferry ride to Miyajima Island. Visit the shrine there and marvel at one of the most photographed sites in Japan, the Floating Torii Gate.
Staying at  Sheraton Grand Hiroshima Hotel
Day 11  Hiroshima – Tokyo
Tokyo 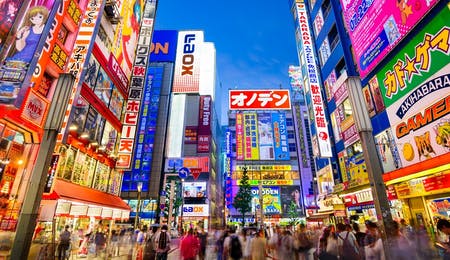 Ride the Bullet train back to Tokyo. The journey is around four hours and we recommend upgrading to Green (premium) class. The rest of the day is available to enjoy at your leisure.
Day 12  Tokyo – UK 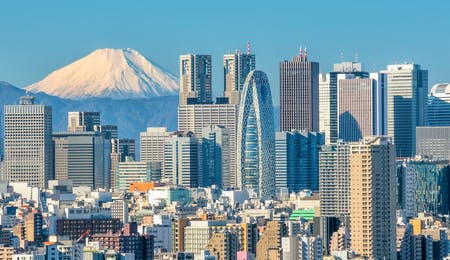 Transfer from your hotel to the airport for your flight home. Should you wish to extend your Japanese adventure, speak to our Travel Specialists about exploring more of this fascinating country, or perhaps visiting another amazing country.

For the latest travel advice from the Foreign, Commonwealth and Development Office check www.gov.uk/travelaware
× 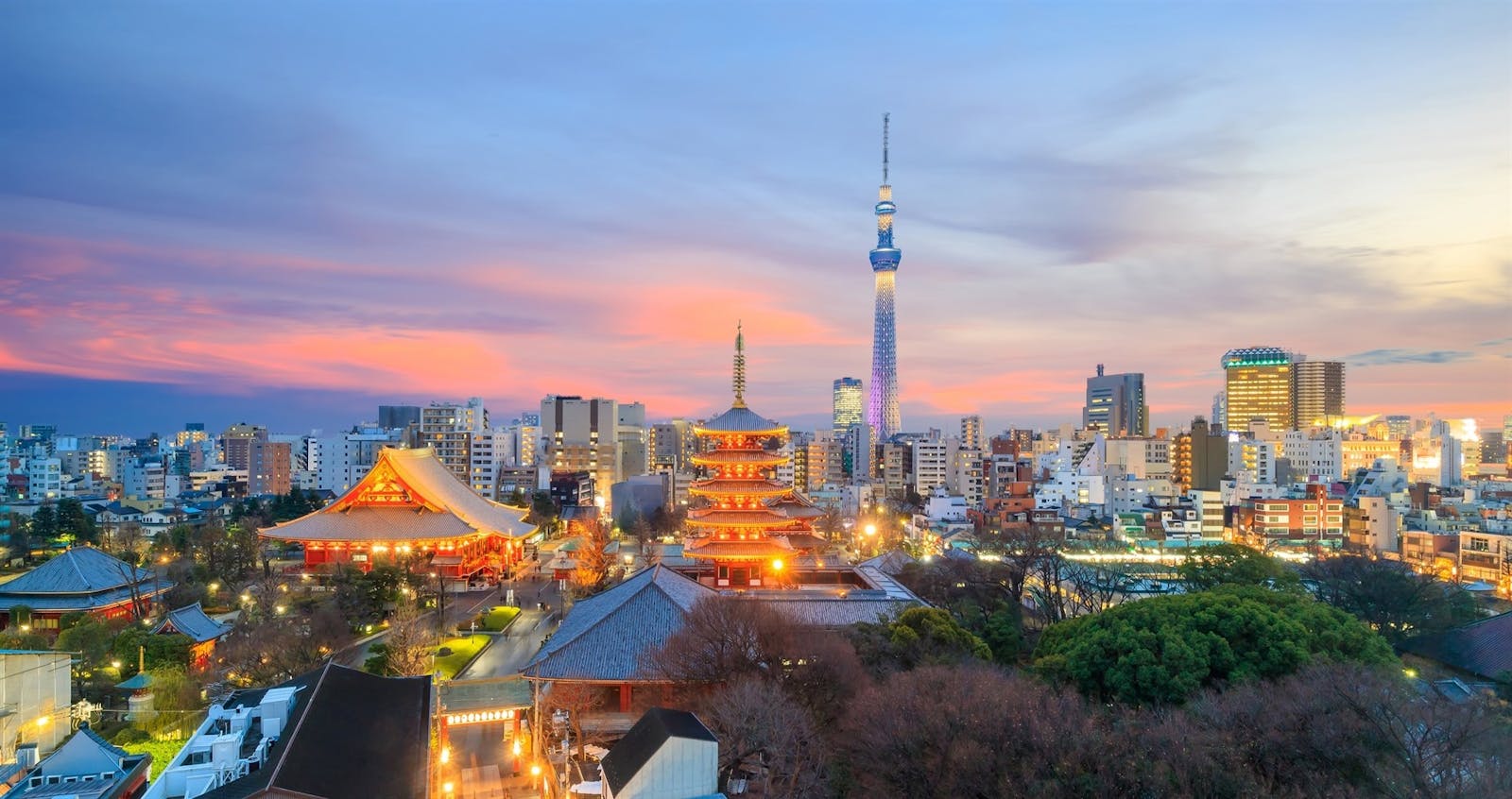 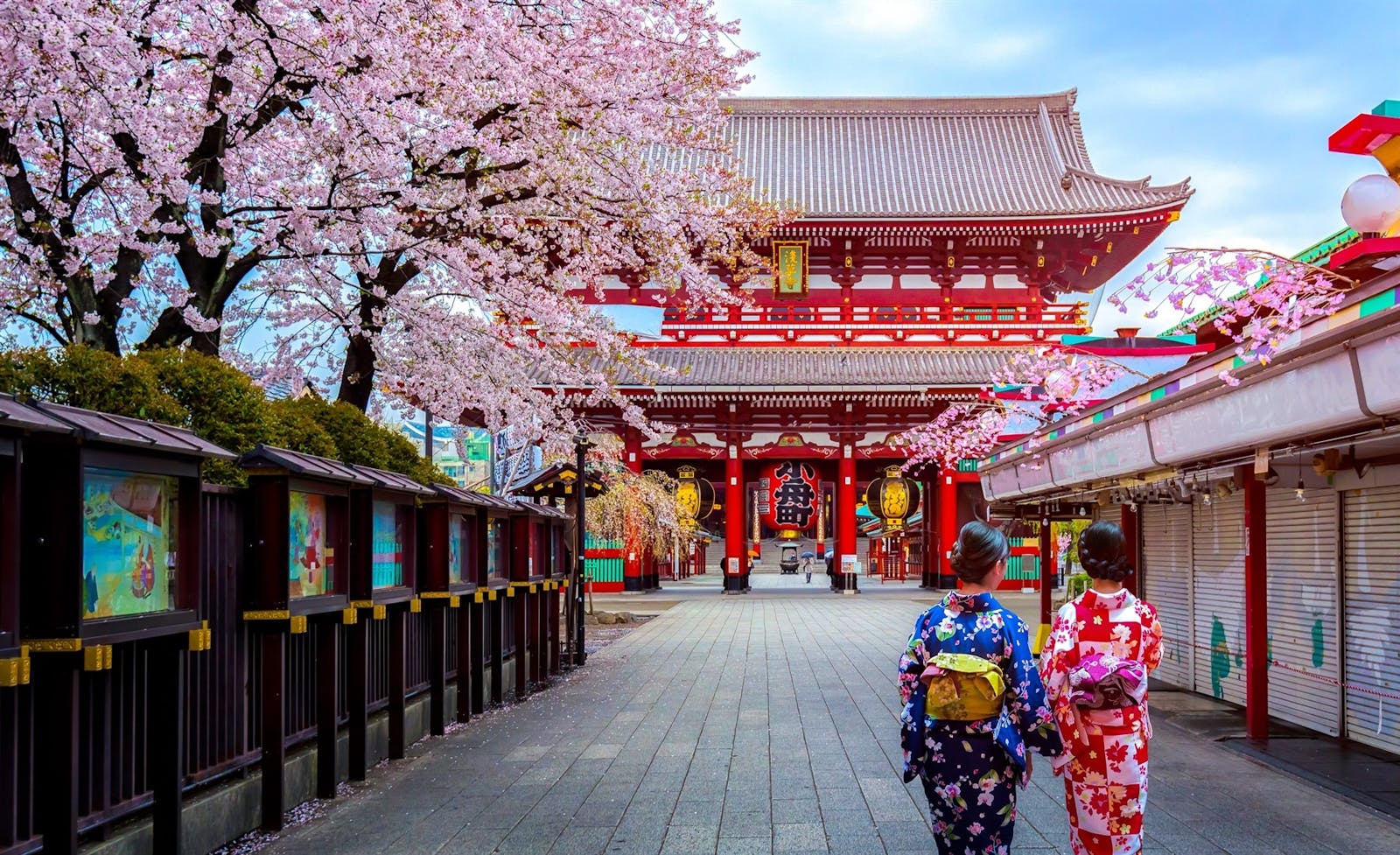 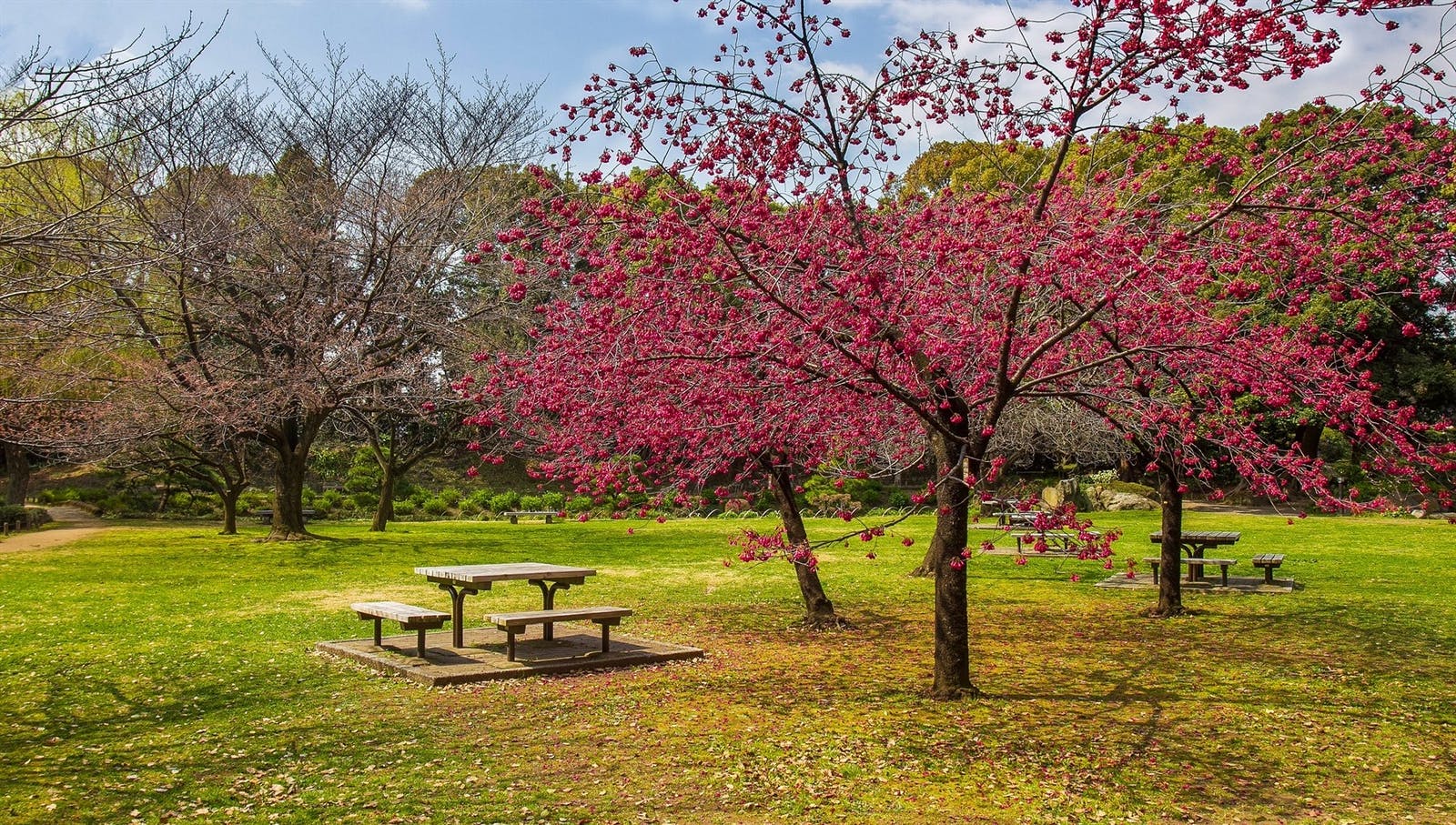 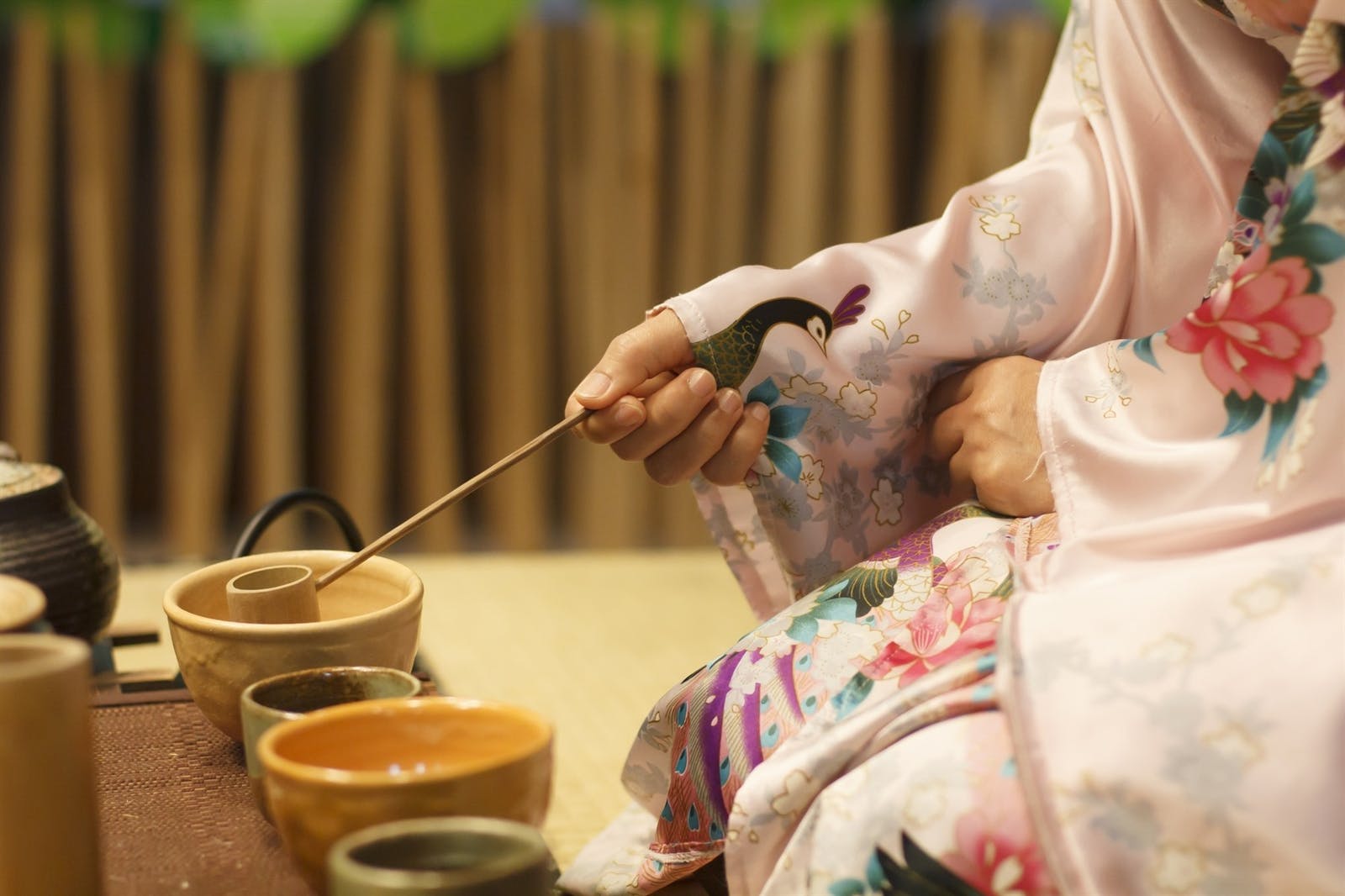 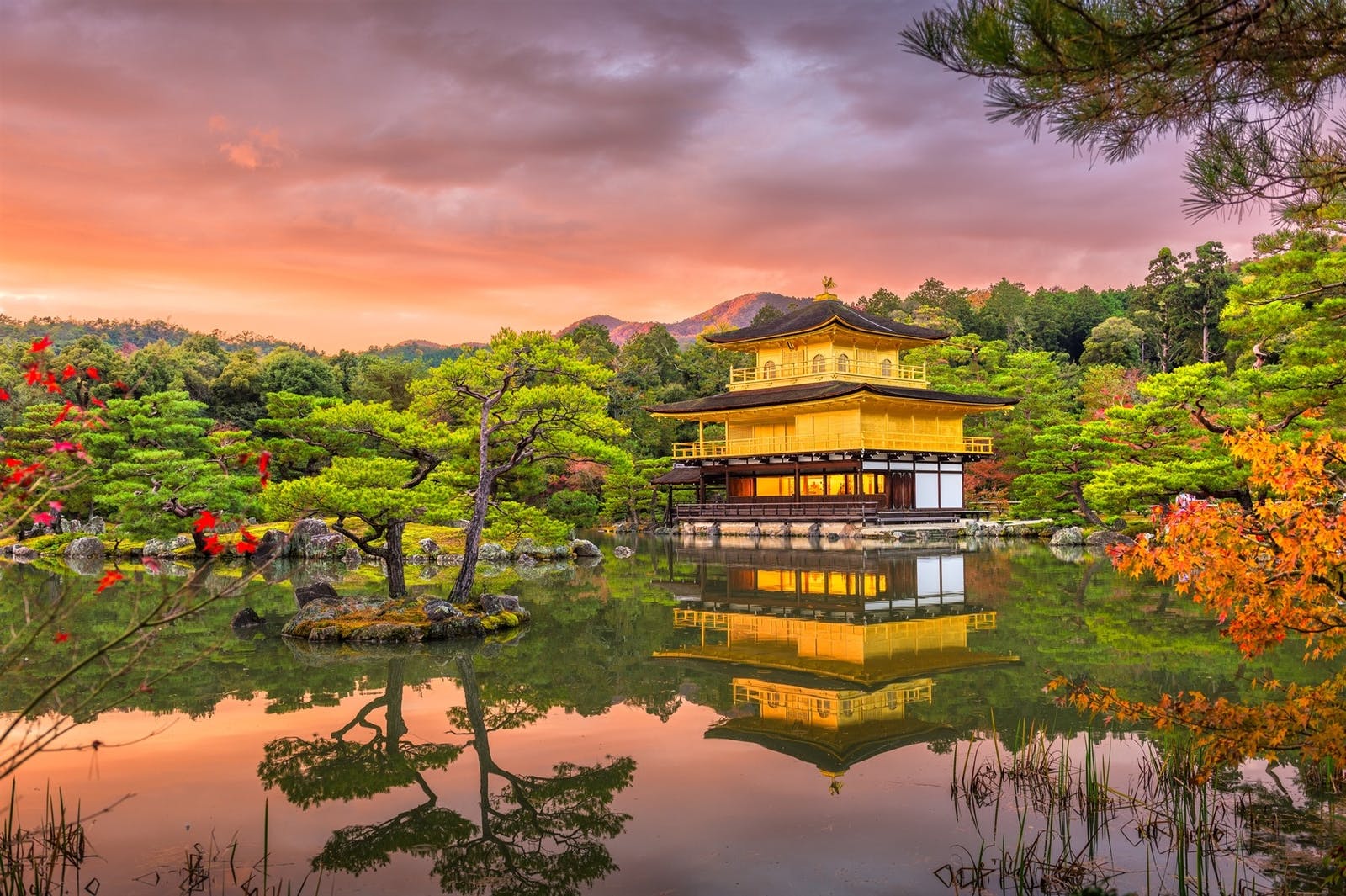 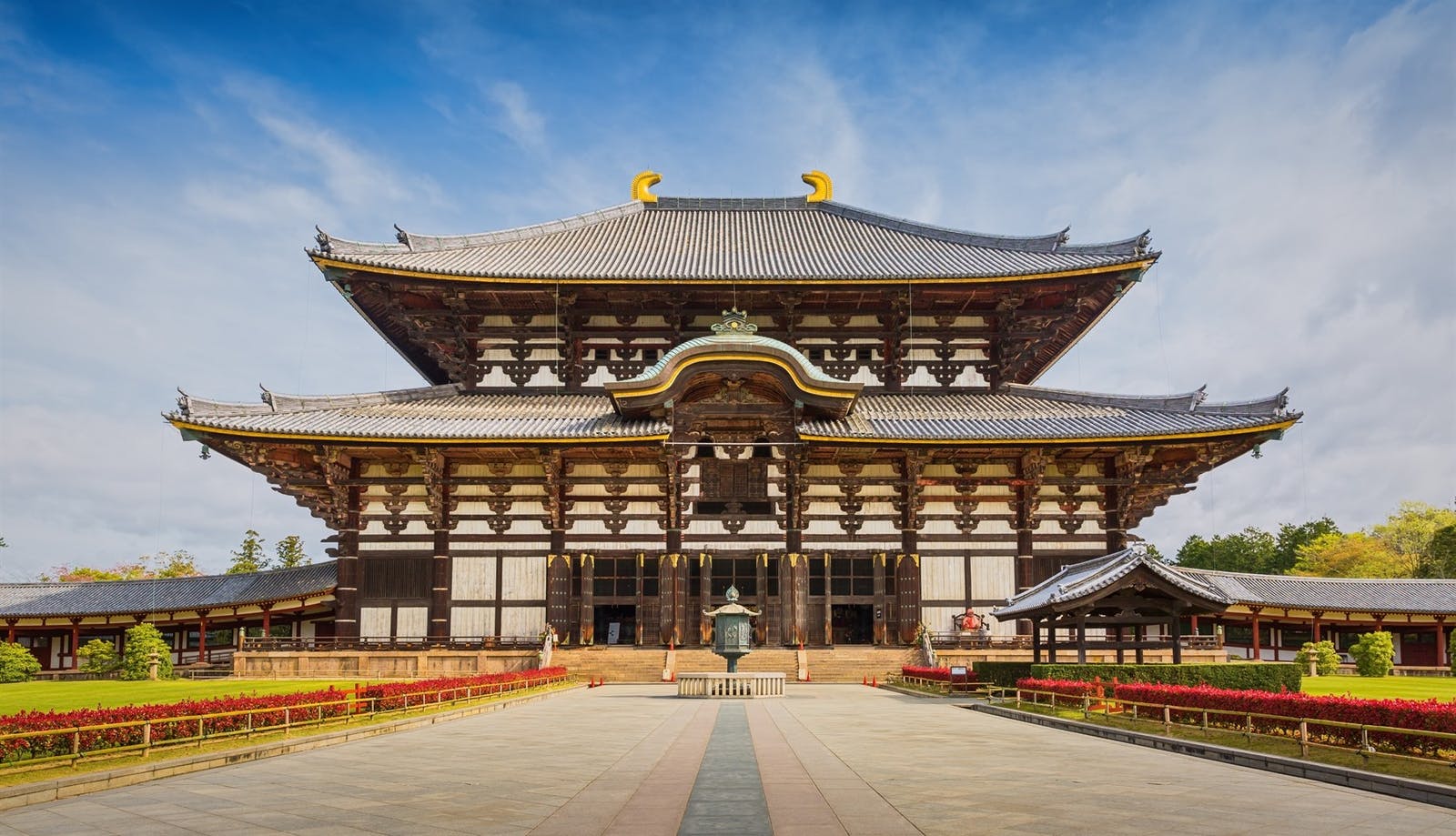 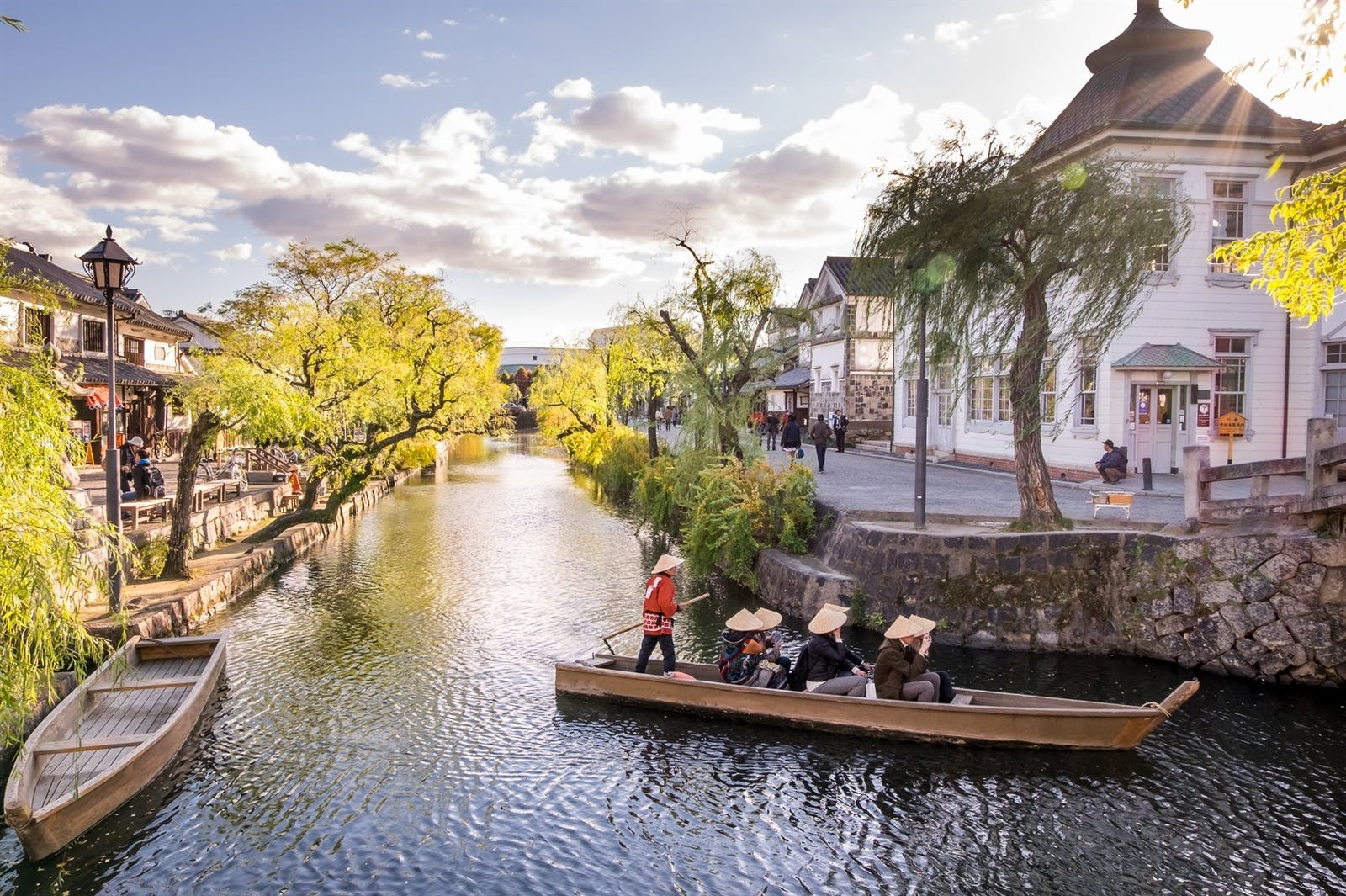 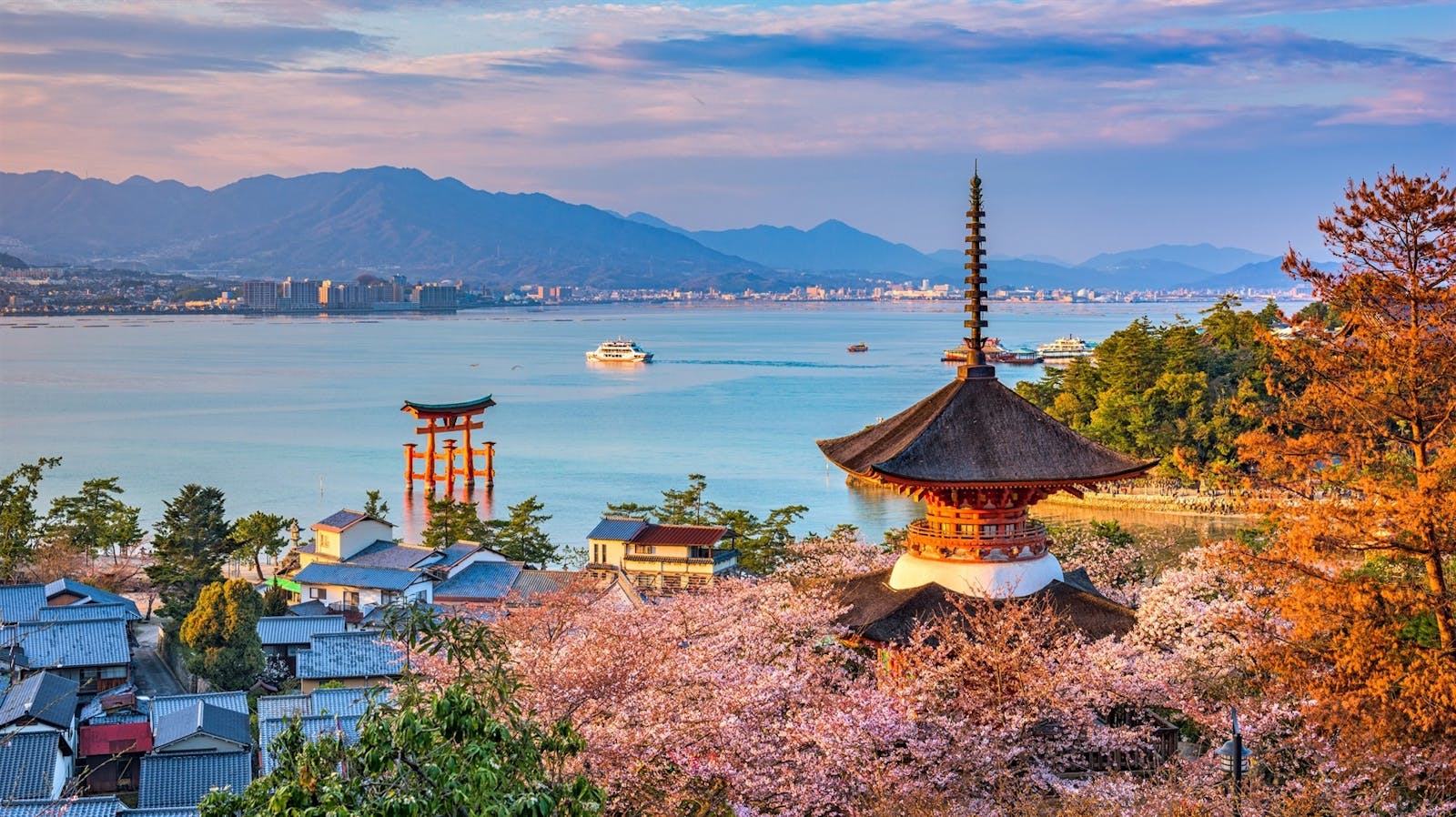 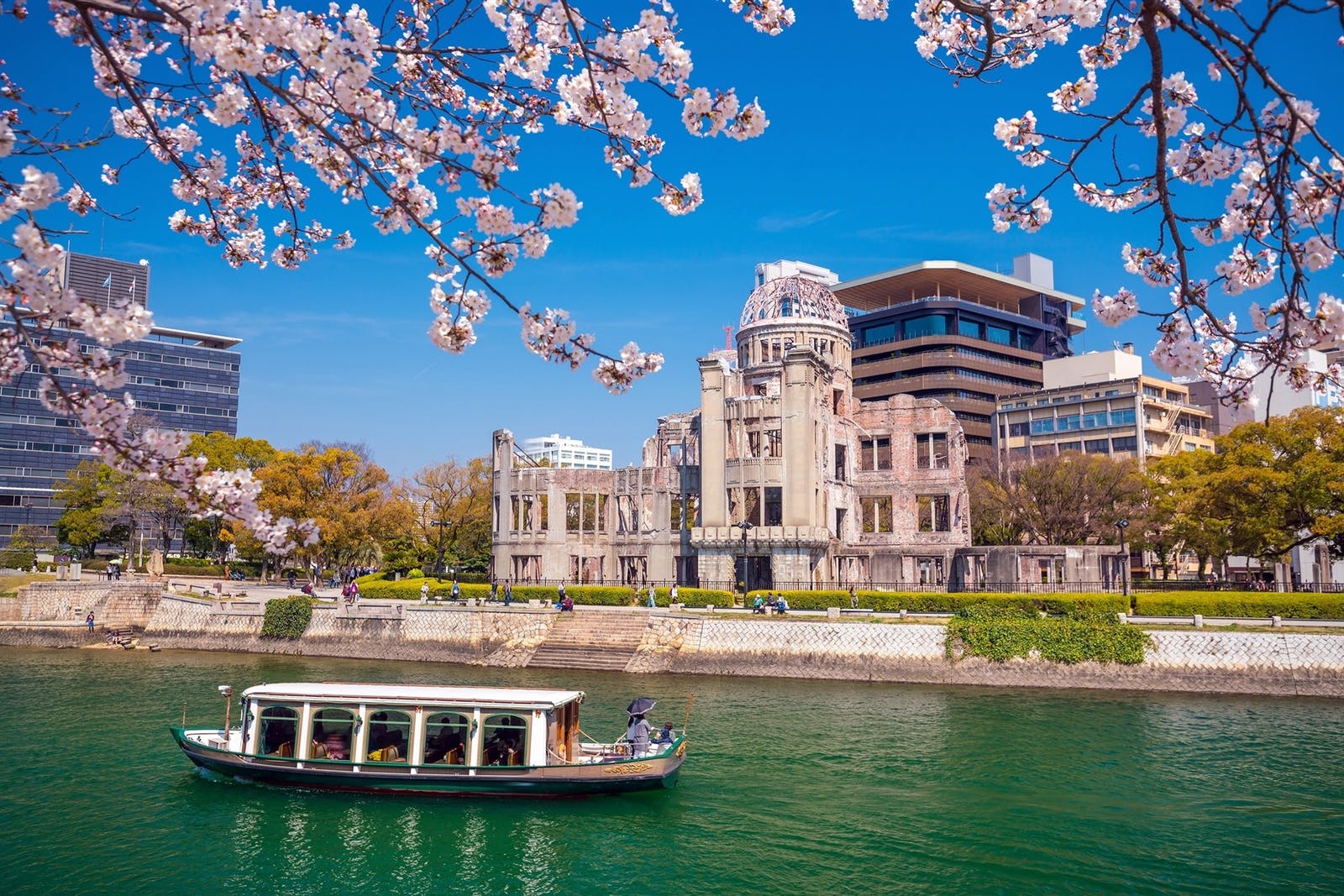 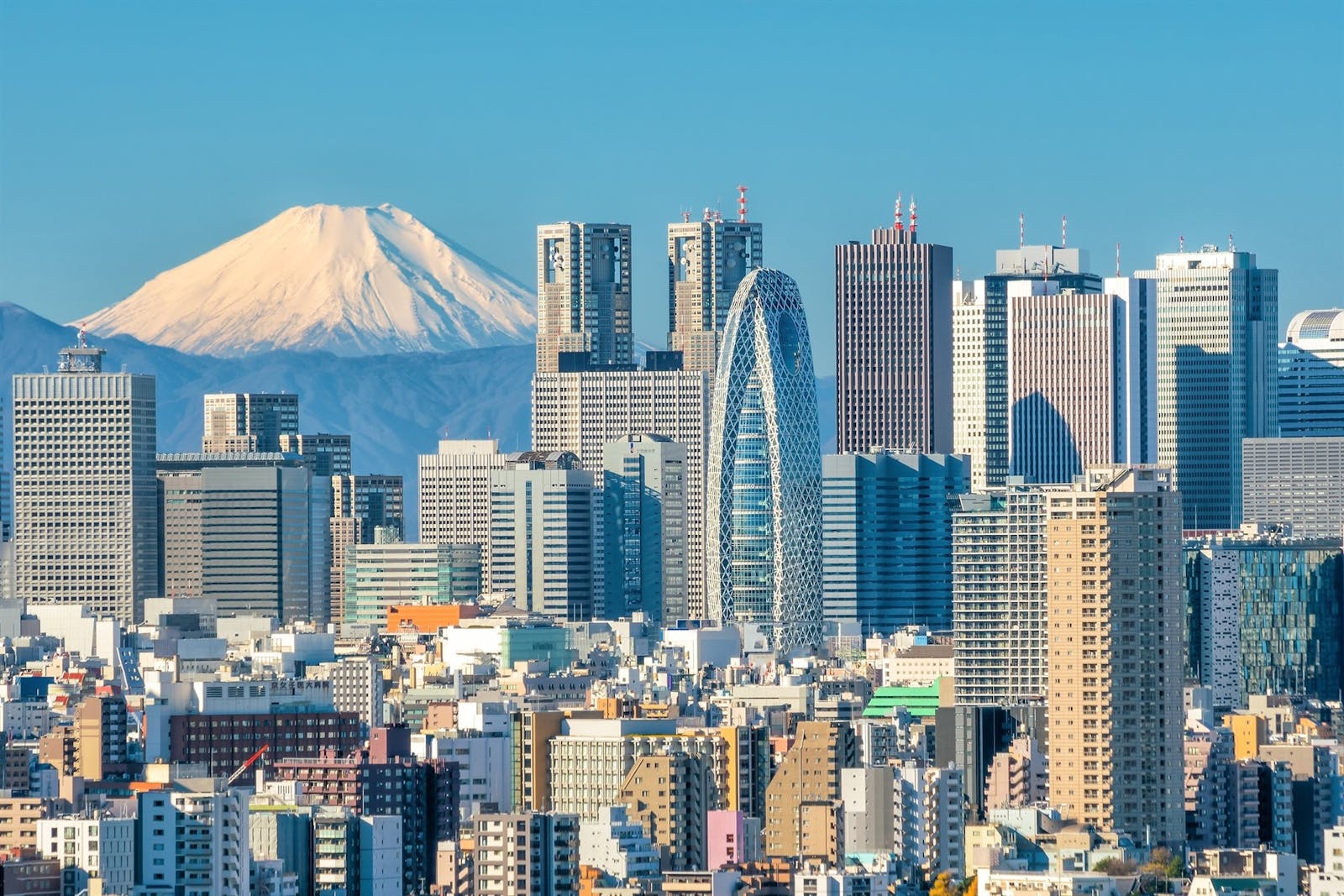